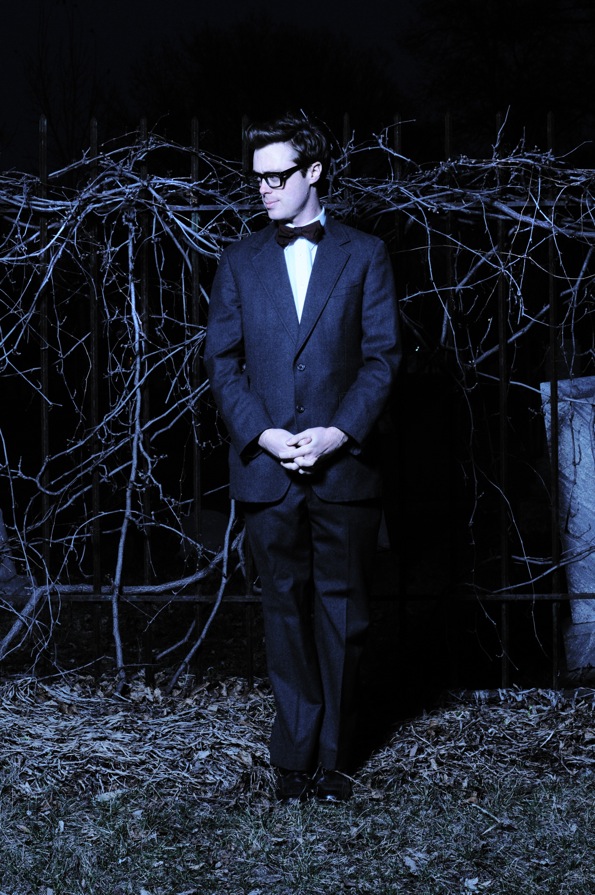 Currently touring in support of his most recent release, The Reluctant Graveyard, Minnesotan Jeremy Messersmith and his band delighted a Soda Bar crowd with his Monday night appearance in San Diego, bringing a full dose of energetic “nerd rock.” For those unfamiliar, on his Facebook and twitter bios Messersmith describes himself thusly: “Musician, nerd. Not in that order.” Anyone who has seen him perform however is certain to disagree, perhaps not with the assertion, but most definitely with the order.

At first sight one is struck by Messersmith and his band-mates’ (almost) over-the-top nerdiness. Ultimately, though, this lends to their charm, instantly endearing them to the crowd. But this initial impression fades immediately as soon as the music begins and the front man starts to sing. The music is, perhaps, best described as serious singer-songwriter lyricism “hidden” by catchy power pop, and Messersmith delivers the goods in both departments. With a beautiful voice crooning over precisely crafted power pop chords you might expect some tender ballads or sappy love songs. The lyrics, however, carefully weave a tapestry of death, mortuaries and graveyards, along with other deathly allusions. Indeed, The Reluctant Graveyard, Messersmith’s third full length record, is a concept album dedicated to just that subject: death. 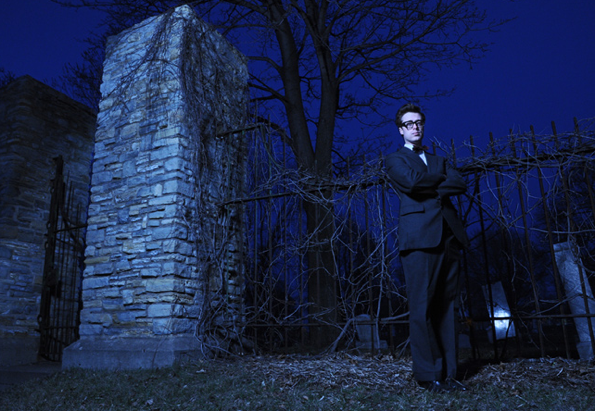 Despite the subject matter though, this is no morose performance. Messersmith and mates are fully engaged with the crowd with just the right amount of “dorky” banter between songs to keep everyone involved. Toward the end of the lively and fast moving set, things slow down a bit with Messersmith slowly shedding band members until, by the three-song-encore, it is simply just him and his guitar. This is the Messersmith that many have come to expect, and once again, he does not disappoint. Equally as comfortable and endearing as he was fronting the full band, Messersmith is fully engaged and absolutely brilliant in the delicate finale. 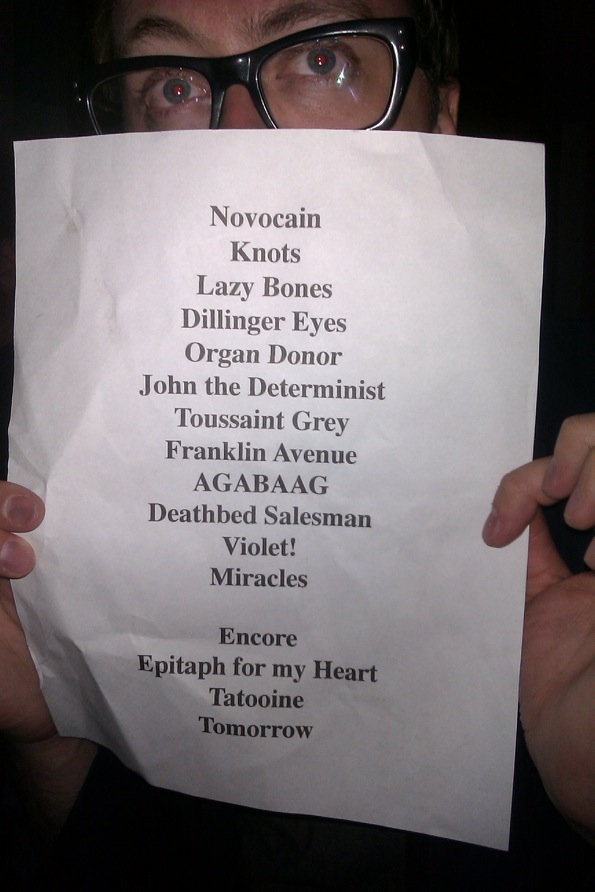 For a Monday night the crowd was better than expected (but sadly, still a tad sparse), and all in attendance certainly got their money’s worth. Messersmith laid it all out there running the full gamut of his repertoire and doing a damn fine job. If “Nerd Rock” is not already a predefined genre then Messersmith has both created and perfected it. Do not believe what he claims in those social media bios. Yes, the nerd is there, but the musician shines.