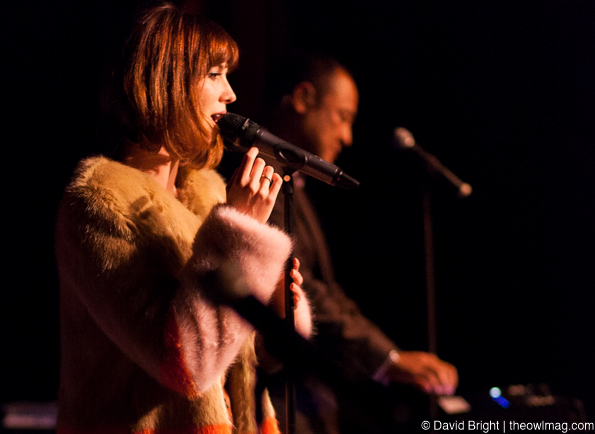 After years of on-and-off collaboration, Got A Girl, the duo of producer Dan The Automator Nakamura and actress/vocalist Mary Elizabeth Winstead, hit the road in support of their debut LP, I Love You But I Must Drive Off This Cliff Now. They ended their week-long tour with a sold out show at LA’s intimate Largo at the Coronet. 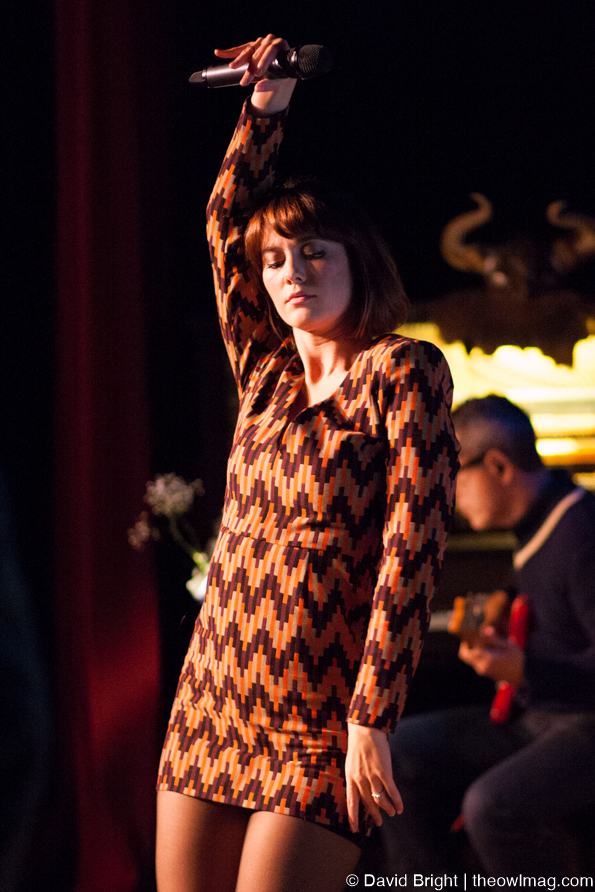 Supported by a band who also toured with Nakamura’s Deltron 3030, the duo put on a sultry, seductive show of their Francophile pop. With a stage setup that included mid-century furniture and a functioning bar, the band’s performance almost felt like a stage play, albeit one with a cast of talented musicians. Winstead is a powerful vocalist, able to fill the venue with the sultry lows of “I’ll Never Hold You Back” and the angelic highs of “Everywhere I Go.” Winstead was captivating, laying down vintage dance moves during instrumental breaks. 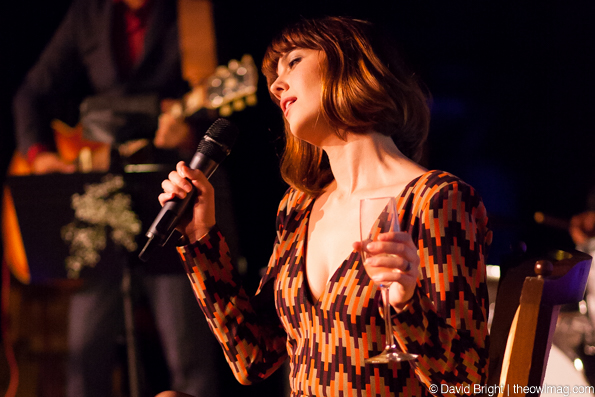 Nakamura was a wizard onstage, coaxing all manner of rhythms from his synthesizer, including a horn section. In addition to synths, Nakamura also served as bartender, mixing martinis to ensure that his band “stayed hydrated.” Nakamura jumped on vocals to duet the chorus to “Put Your Head Down,” but unfortunately his mic was down until halfway through the song. During “La La La,” bassist Juan Alderete and drummer Alex Swaim laid down a powerful groove, as Winstead and Nakamura exited the stage to end their set. 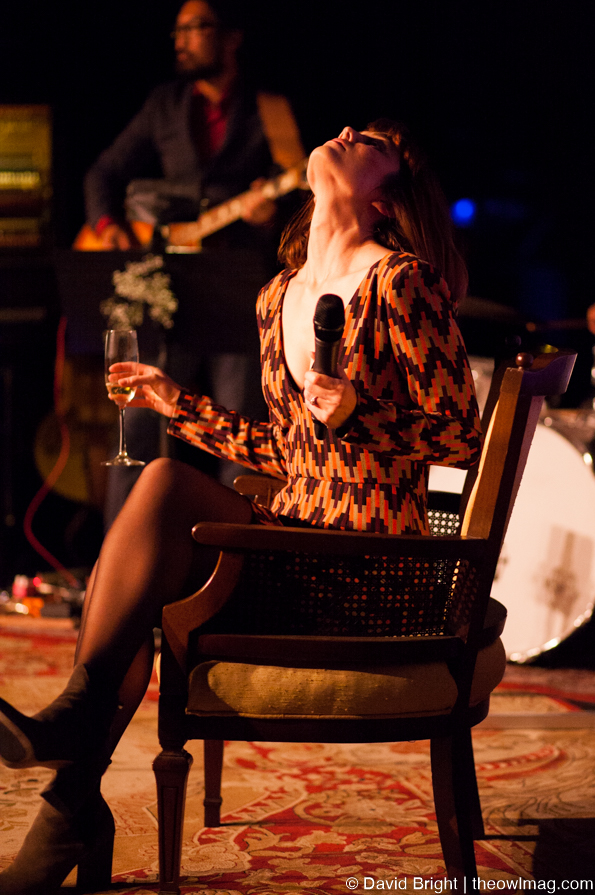 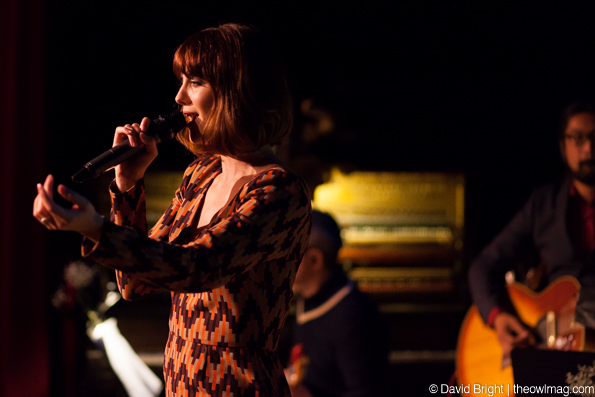 “It’s weird playing a seated venue,” noted Nakamura after the band emerged for their encore, and it’s true that Largo’s seating — which typically plays host to comedy and podcast recordings — gave the night an air that was different than most gigs. The crowd gave rapturous applause between every song, though, so the energy was there, and Nakamura found a way to channel it. “Feel free to get up and dance to this next one, if you feel like it.” 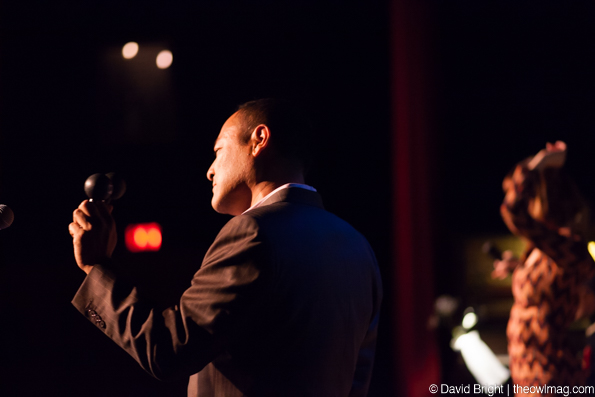 It was then that guitarist Taka Tozawa played the intro to one of the sexiest jams of all time, Handsome Boy Modeling School’s “I’ve Been Thinking.” Some of the audience members did get up and groove, while Winstead did a great job on the song, which originally featured vocals by Cat Power. 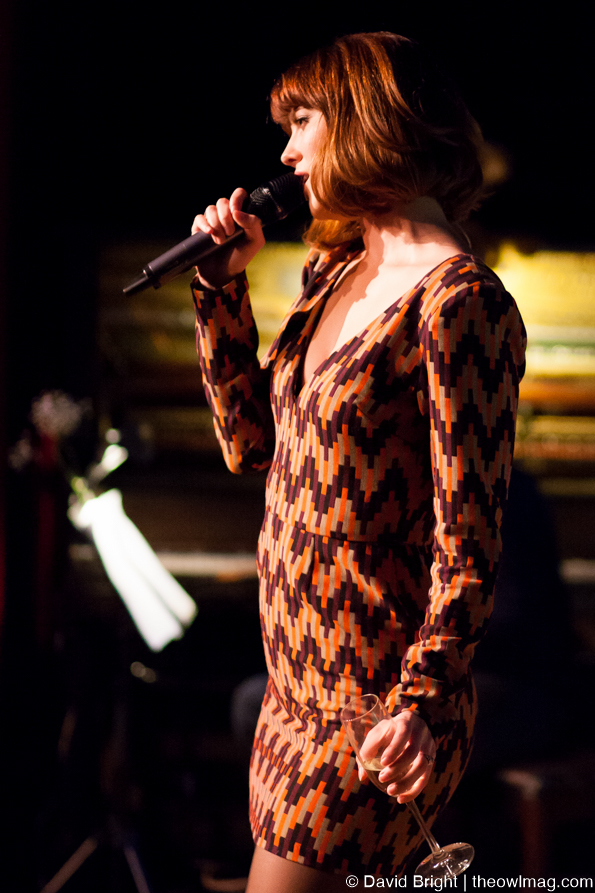 Decked out in vintage clothes, and with a hint of danger about them, Got A Girl oozed cool. Winstead and Nakamura have such a natural chemistry onstage, we hope they decide to continue this project and play more live dates.