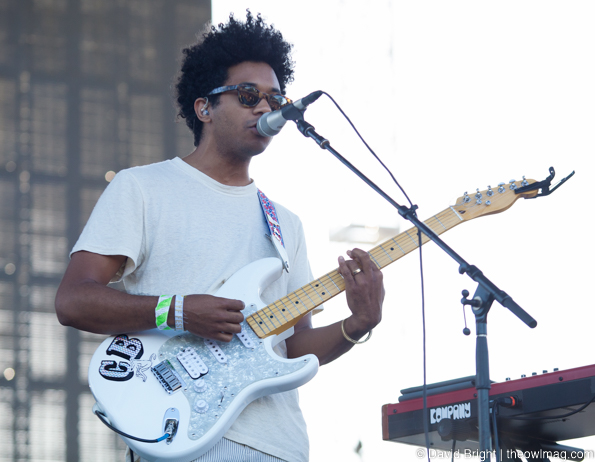 Bloodied but unbowed, The Owl Nest crew returned for day two of FYF Fest older, wiser, and significantly more hung over. Since their big move to Philadelphia, we’ve gotten to see Girlpool much less often than we like. When they played the Roxy in LA in the spring, they blew the whole lineup secrecy thing by letting drop mid-set that they’d be back for FYF in the fall. It was a typically charming moment, and now they were back for their hometown star turn, opening Sunday’s action at the Lawn Stage. Looking at the full field, it was amazing to reflect on how far they’ve come in such a short time, and that they’re only just beginning. The title track of their debut album won hearts, and they closed with a rousing “Cherry Picking”. 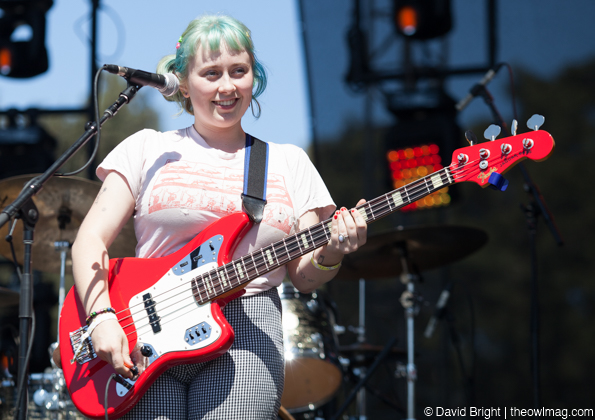 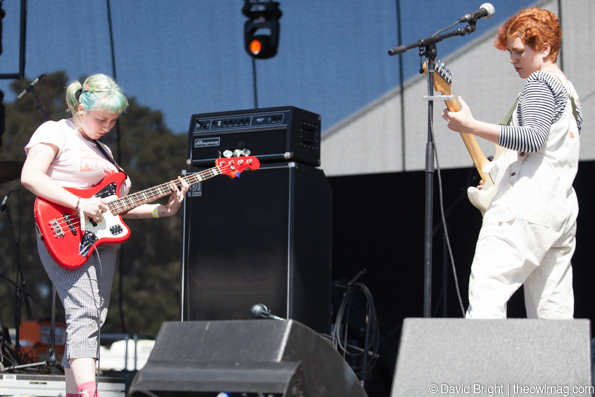 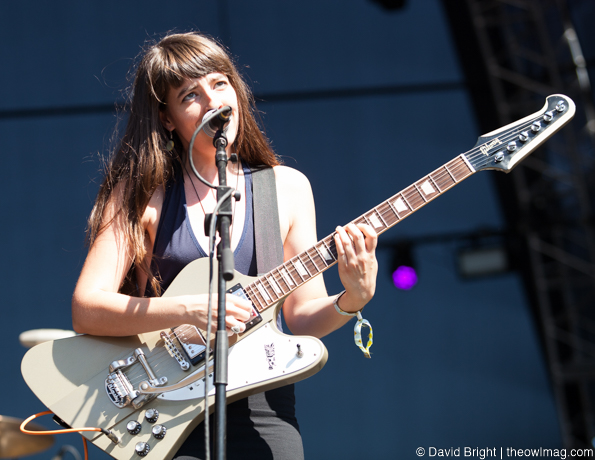 The afterburners kicked on in a big way when Hop Along, (also having recently moved to Philadelphia), hit the Trees Stage. Powered by the mesmerizing vocals of Frances Quinlan, they burned through their set, with the songs from their recent Painted Shut standing out. Every year there’s a band we haven’t seen that wins the must-see prize, and this year Hop Along was that band. 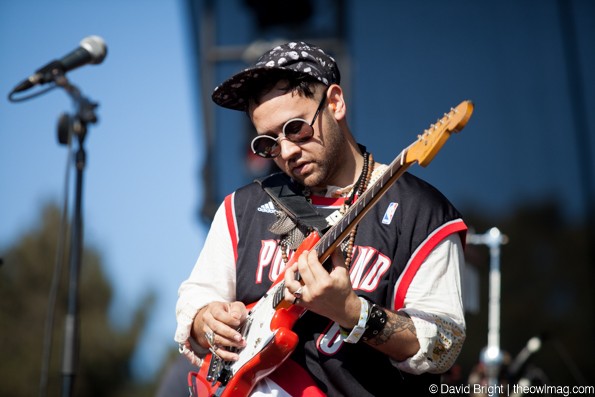 Ducking inside the LA Sports Arena, Baltimore’s Lower Dens brought a full sensory assault to compliment this year’s Dark Wave classic Escape From Evil. The transition from seeing Jana Hunter perform early solo versions of the songs to viewing the full-blown production was overwhelming. Staggering back into the sunshine, Unknown Mortal Orchestra hosted a dance party on the Lawn Stage. Ruban Nielson led his troops through the twists and turns of Multi-Love, and sprinkled in some older jams for the die-hards. As different as night and day, the sets taken back-to-back were a jolting reminder of two of the year’s most underrated LP’s.

While we’re handing out awards, the Lawn Stage shows seemed to benefit the most bands with an open spacey sound. Nestled between the Natural History Museum and the LA Coliseum, with great beer garden proximity, it’s the first space one encounters after the entrance, and a hard one to leave. 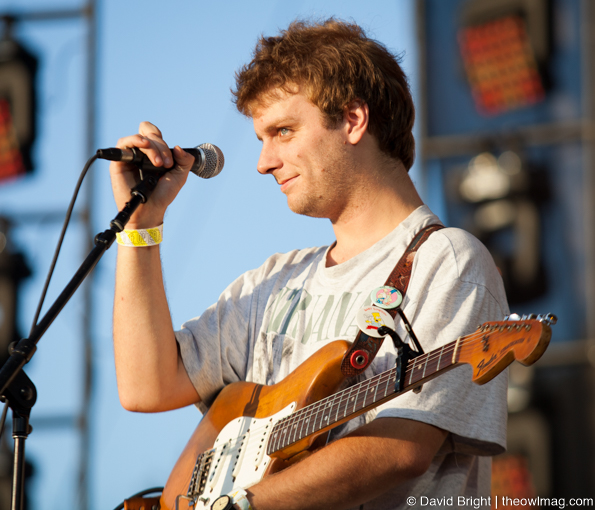 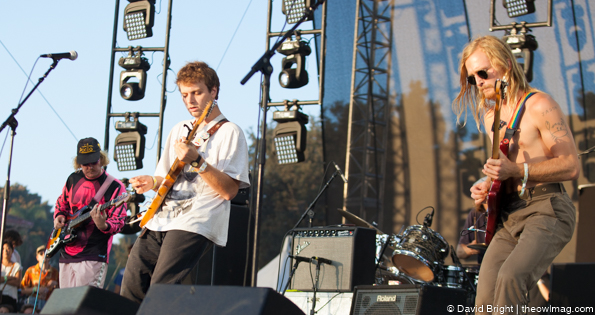 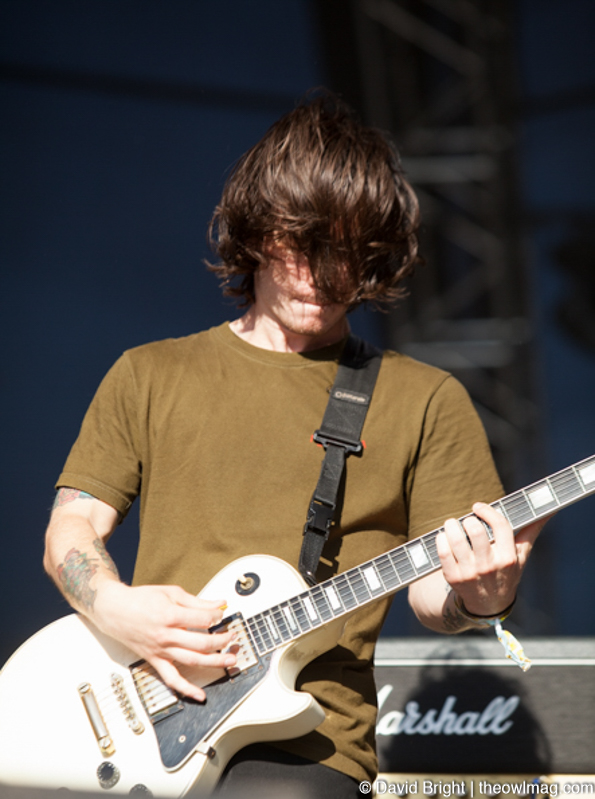 While Philadelphia is currently getting a well-deserved spotlight on its music scene, Title Fight reminds one of the strength of the Scranton/Wilkes Barre area in Northeast PA. We’ll resist the giggling urge to call it “Susquehanna-Core”. Hailing from nearby Kingston, Title Fight broke away from meat and potatoes loud-fast rules with their latest, Hyperview, and had to endure static from the faithful about actual artistic growth. They didn’t shy away from playing the tracks live, and their energy makes it hard to see what anyone could possibly complain about. As always, Title Fight run their meter at 110% when they hit the stage. 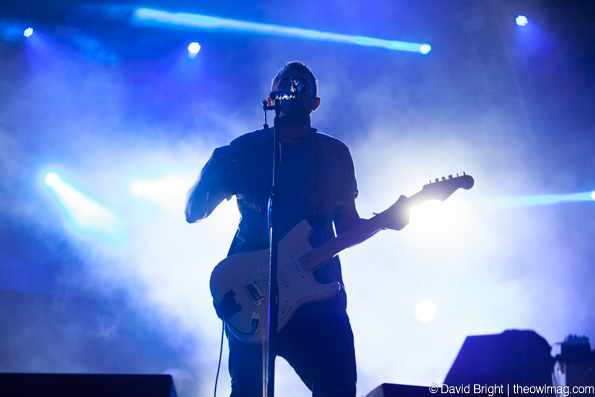 Throughout the weekend, the Trees Stage offered the best possible combination of loud and weird, and sticking with that stage on into the early evening offered the pleasures of Battles pummeling polyrhythms, and the return of LA’s Health, who fought hard against technical malfunctions. Inconsistency kept the audience on their toes, but when the band and their epilepsy-inducing light show hit their stride, they proved to be a powerful force. 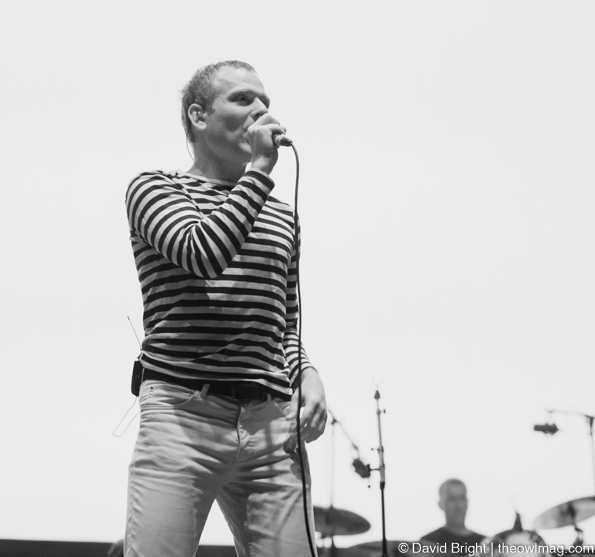 An army of twee was assembled at the Main Stage for the evening’s one-two closing punch of Belle and Sebastian and headliner Morrissey. Stuart Murdoch and company were in fine form. Packing the actual stage with their full compliment, they produced one of the more sonically beautiful shows of the weekend, with “I’m A Cuckoo” from Dear Catastrophe Waitress showing it off to best effect. 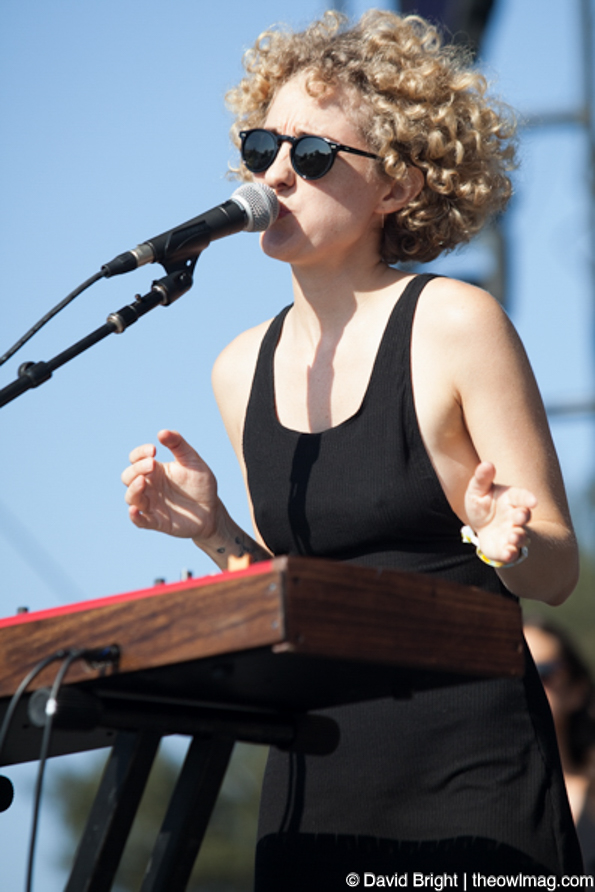 Back down on the Lawn Stage, an audience primed by Solange eagerly awaited The Second Coming… Riding high after releasing the highly anticipated Black Messiah, D’angelo delivered on the anticipation with a set that was pure Church. Working on the old-school soul revival tip with a Cadillac band, (including the Time’s Jesse Johnson), he kicked things off shredding his way through “Ain’t That Easy”, and never looked back, not stopping, merely shifting gears to flow into the next song. Transcending the “neo-Soul” tag from oh so long ago, he’s firmly of the pantheon, as evidenced by amping up the drama with “The Charade” before falling into “Brown Sugar.” It was a reflection of the time when Soul music was about the whole of the human condition, not just jumping into the nearest person’s pants. Hands down, D’angelo provided the high point of the festival.

File under: ‘What Becomes A Legend Most.’ Backed by a now mostly-US band, anchored by mainstay ‘citizen of the world’ Boz Boorer, Morrissey’s set got off to a promising start, hitting a high note with a rousing take on the Smiths’ chestnut “The Queen Is Dead.” From there, inconsistent would be the charitable term to apply, with touches of infuriating. While never reaching the depths of the fabled ‘Coachella BBQ Incident,’ he did find time to break out his claws. The first red flag could be perceived as the matching shirts worn by his band flaming Capital Records, corporate parent of his last label Harvest, with whom relations were, let’s say, tenous. Peak Morrissey was achieved with him breaking down a song at the intro to complain about the amount of security in front of the stage. “I’m singing to the security. Hello security!” He then requested their numbers be reduced, and like clockwork, a True Believer broke through to access the stage a few songs later, before being escorted off by…(wait for it) …security.

Song selection didn’t help matters, erring on the more ham-handed numbers in his repertoire, and the complaint wasn’t the lack of Smiths songs as much as the true highlights of his own work that were dismissed at the expense of making a Statement. “Every Day Is Like Sunday” did provide a late set highlight. With the exception of “World Peace (Is None Of Your Business),” the black humor that he’s a master of was, by and large, absent, and his canny, history spanning videos/photos of cultural touchstones were replaced by footage of police beating civilians, and animal vivisection, which could be taken as an Important Political Statement, or terrorism of his weeping young teenage fans, depending on where one stood. Though it seems he’s settled into his ‘late period Sinatra’ years, his performance wasn’t a total write off; there were enough glimpses of our hero to maintain a slender thread of hope for the continued relevance of one of the major writers of our time. 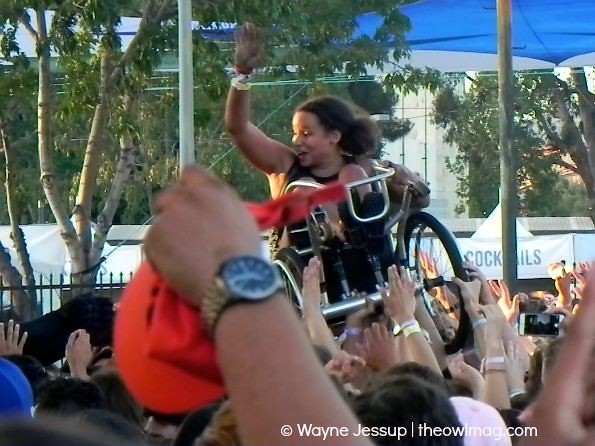 In closing, an impressively executed festival, a tale of two headliners, and the observation that the most jarring performances were not of the Festival’s lifeblood punk sound would be the nutshell of this year’s FYF. As time passes and the details blur, the image that will remain seared into memory and attached to this year’s proceedings was the brief glimpse of the girl in a wheelchair crowd surfing during Dinosaur, Jr’s set. For ‘the little festival that could,’ finding unlikely flight was a fitting metaphor.

Check out Saturday’s coverage here. For the full-set of photos from David Bright here.