Aesthetically the Fleet Foxes and The Walkmen are very different in both sound and appearance. The Walkmen look like they just stepped off the set of “Mad Men” with their suits and clean cut appearance. Their music has an instantly recognizable timeless rock 'n roll quality that would sound cool at any time during the past sixty years. The Fleet Foxes step on stage looking fresh from a month-long camping trip, their sound equally as timeless, but it pulls from a folk/rock heritage. 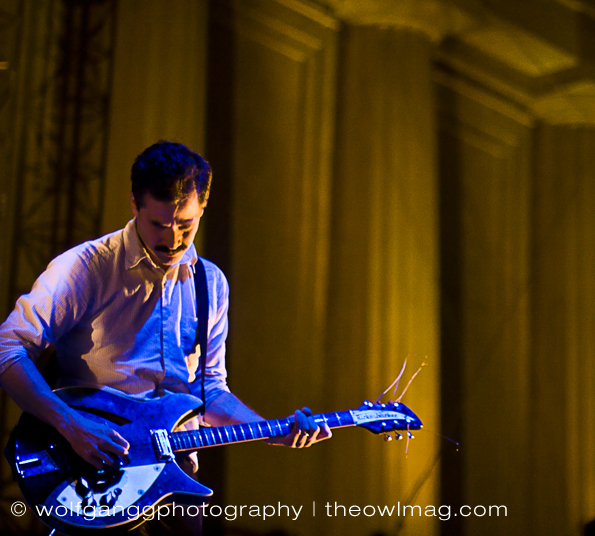 On paper it seems like a strange pairing, but seeing them live and hearing how unique both of these bands are when compared to the music landscape makes complete and total sense. 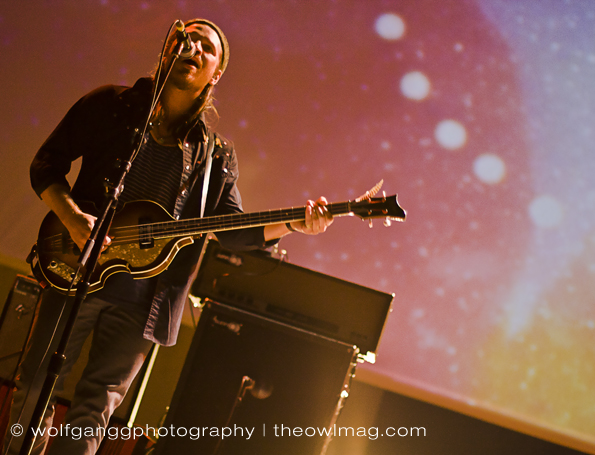 Fleet Foxes
Most of The Walkmen’s set was comprised of new material. Generally this can be annoying, but lead singer Hamilton Leithauser gave us fair warning: “We’re going to play a bunch of new songs for y’all. I hope you like them.” For the most part, the audience did. What was striking about the new material is how patient the guys have become. With Bows + Arrows (2004) the band was all loud tension and release, since the amazing You and Me (2009), they’ve slowed down the pace, and surprisingly haven’t lost the tension. “The Rat” was absent as was “Little House of Savages,” “In the New Year,” and “Angela Surf City,” and while it would have been nice to get rowdy, these songs would have been a bit out of place based on the tone of the set. Instead, “Blue as Your Blood,” and “Donde Esta La Playa” floated us through. 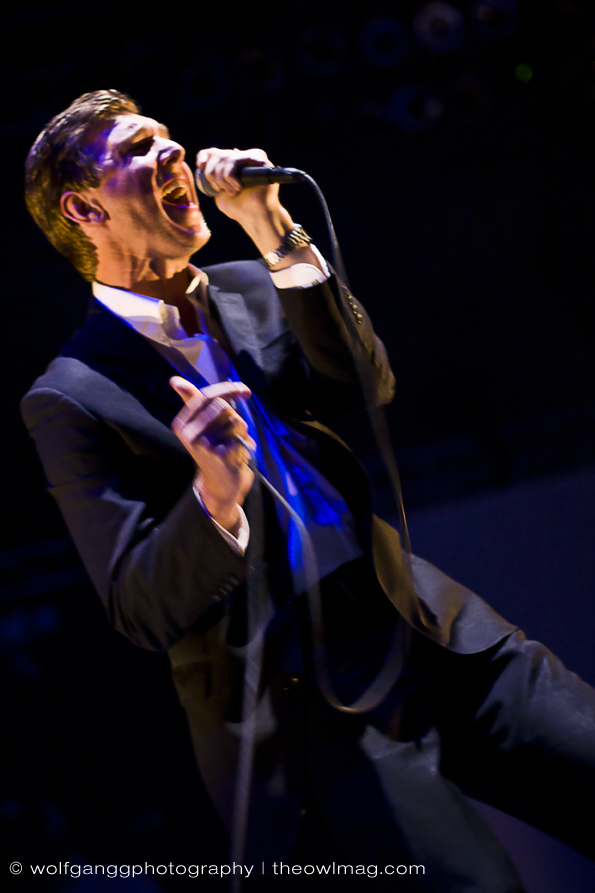 The Walkmen
The place did get a little crazy for “All Hands on the Cook.” The song has undergone numerous changes over the past few years and it stole the show on Saturday night. Hamilton wailed “If you don’t like it, why don’t you tell me?” It was so loud and he held it for so long that it made the whole Greek Theater giddy and a little nervous. People stood up and started yelling and clapping. His voice is surreal, penetrating, and gritty. I wouldn’t be surprised if car alarms went off as far down as Shattuck. 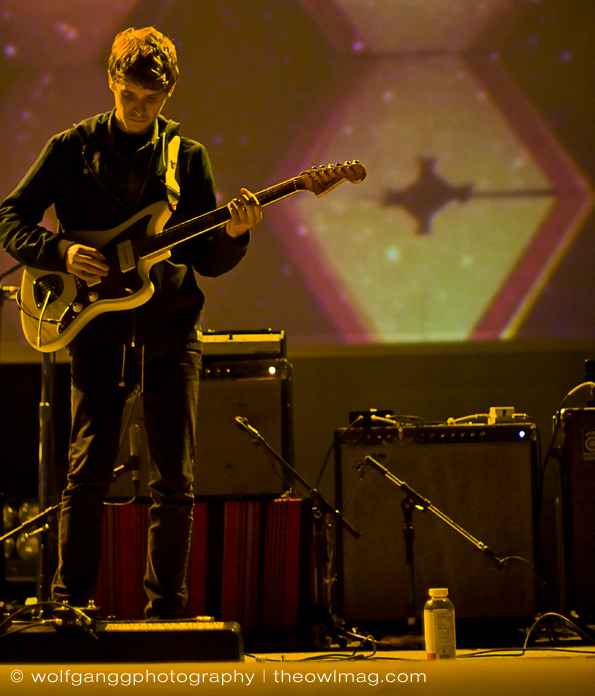 Fleet Foxes
This is the second time I’ve seen Fleet Foxes this year. The first was back in May at The Fox Theater, just after Helplessness Blues was released. It was an awesome set and I gave it a great review. The only criticism that I had on the new record is that so much of the harmonies that helped make Sun Giant and the debut LP so amazing was lessened, and it sounded more like a solo Robin Pecknold album. Much of that had to do with Pecknold writing a lot of the material while opening solo for Joanna Newsom last year. Don’t get me wrong, it’s still easily one of the best records of the year, but I missed those harmonies. After having a full summer to work with the material and perform it live, the band gave me what I was missing. Each of the band members seemed to have more vocal parts and responsibilities. Even “Blue Spotted Tail,” which is essentially a solo Pecknold track featuring him on guitar, finished with harmonies from other members. It added warmth to the material. 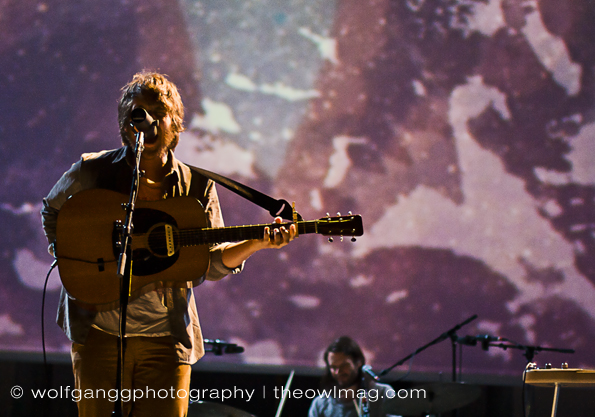 Fleet Foxes
The crowd absolutely loved the band and by the time “The Shrine/An Argument” made its way into its second movement, people were jumping up and down. 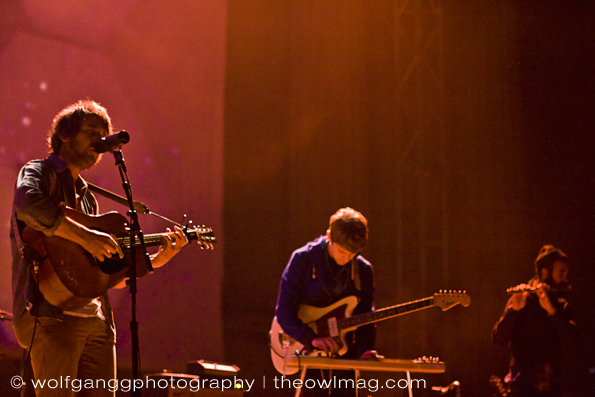 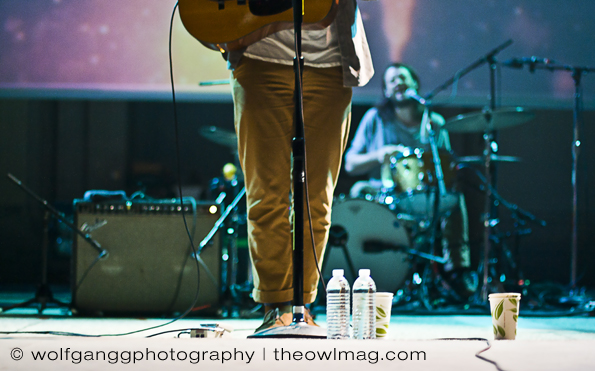 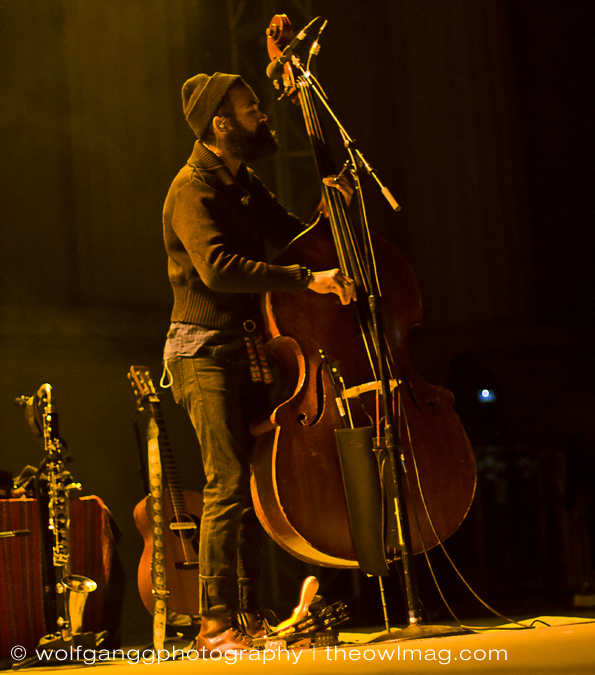