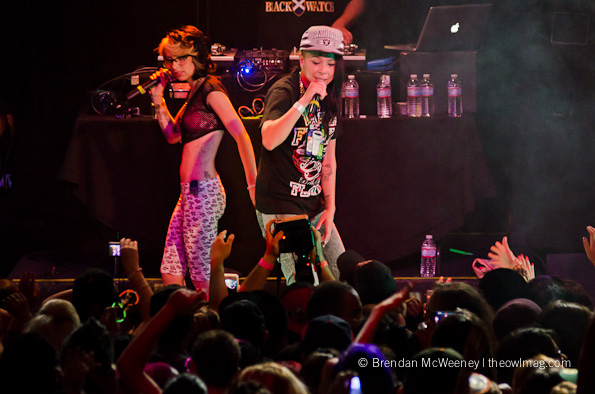 Let me make one thing very clear: I like Kreayshawn. I asked to cover this show. I was excited to go, and bragged to anyone who would listen about how I was covering an effing Kreayshawn show. Most people I know were jealous. She has a serious Bay Area fan base and I proudly counted myself among their ranks. My ego assured me that I was an Oakland musical cultural elitist who keenly spotted her swelling potential like a veteran surfer, and I gleefully prepared to ride the wave of her popularity with a big fat smug smile… 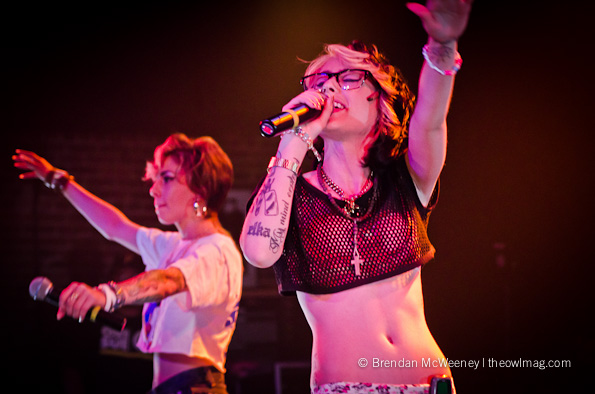 “Possibly the worst show I have ever seen,” was my main one-liner when asked how my evening went. I place the blame squarely on Kreayshawn‘s opening acts, Roach Gigz, Jay Ant, and Moe Green, who were shockingly bad. At best, they were totally uninteresting to watch, had lazy, boring styles, sub-par beats, and occasionally crunked poorly around the stage. (Side-note: how in the name of Lil Debbie is it possible to crunk incorrectly?) At worst, they became bipolar with the audience and told us we “fucking sucked,” giggled, and followed up with “just playin, y’all! Positive vibes!” 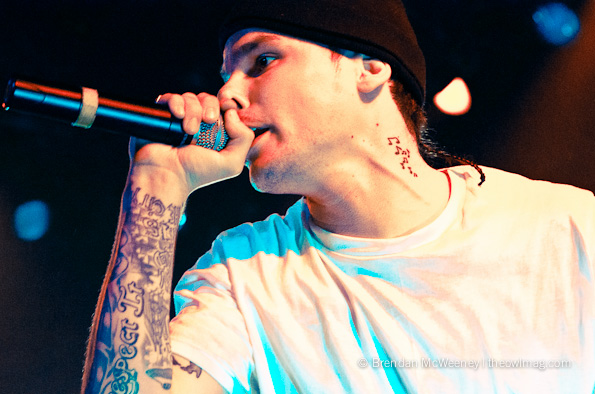 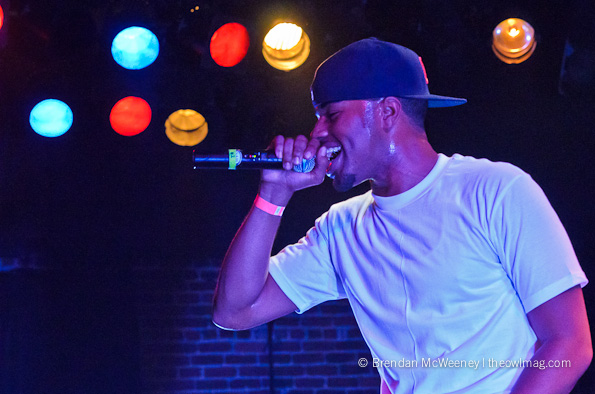 Jay Ant
By the time Kreayshawn, Lil Debbie, and V-Nasty took the stage, I was over the whole thing. Yes, “Gucci Gucci” was worth it (it always is) and their collective banter with the crowd was engagingly amusing, especially their cries that we should “cut some dicks off tonight.” It just wasn’t enough to erase the 90-minute soul-suck of talentless, unprofessional, entitled brats who preceded them. 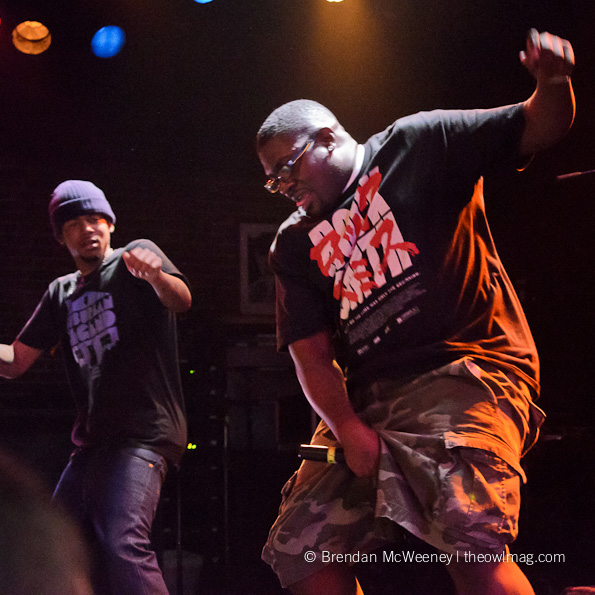 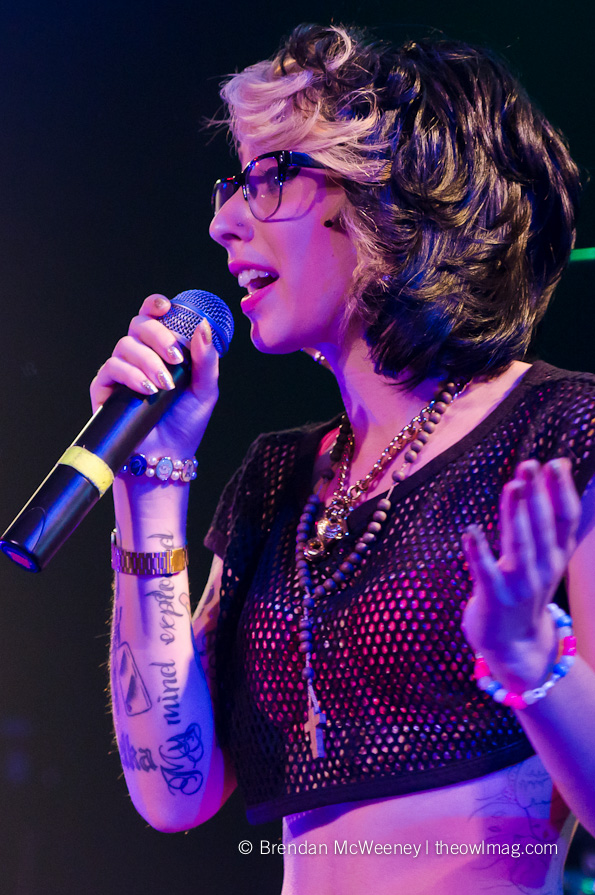 This parade of horrors served to bring up a kaleidoscope of emotions for me, which hopefully will serve to explain my initial fierce and unquestioning appreciation of Kreayshawn.

I fell in love with hip-hop in middle school which, for my rickety ass, was during 1994-1997. It was the golden age of gangsta rap, underground, and experimental/alternative hip-hop, and much of it was coming from none other than the greater Bay Area. Then Dr. Dre released “The Chronic 2001” followed by the massive industry takeover by Diddy. In 3 short years, hip-hop took a crippling blow and began its death crawl towards pop.

That said, the bar of standards is so low these days that it seems any teenager with a computer and a desperate desire to make a fool of him/herself can make a hit. Why is Kreayshawn different, you ask? Fair question. As ugly as it is to commit to word, chicks get a pass if their hip-hop is less than stellar. While her openers were immediately compared to every other worthy rapper and found so lacking it was painful, Kreayshawn, as a white female to boot, has no real measuring stick. 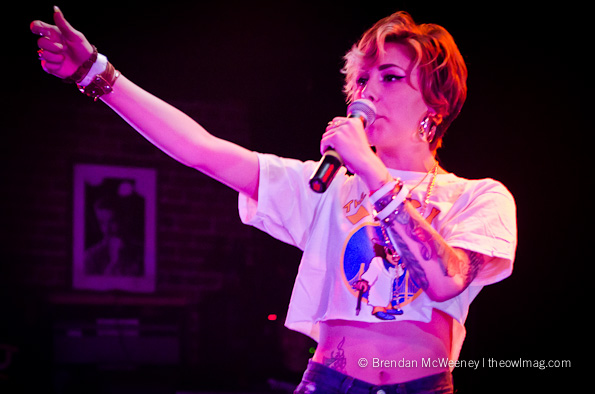 Unlike most female artists on the fringe of this notorious boys’ club, she is attractive and stylish without relying too heavily on her tits and ass to make her noticeable, has legitimately promising lyrical styles, and has a strong stage presence. Most notably she doesn’t rely heavily on pop music synths, chords, or production and in this sense reps true hip-hop. Her hooks remind me of Rappin Fortay and Souls of Mischief. With her all-female crew of reasonably talented young ladies, she represents a new era in hip-hop: the cool, talented, blunt rolling Girl Next Door. I was elated. But after this show, I am disappointed and fearful that this chance is going to be squandered by Kreayshawn‘s clingers. May she prove me wrong. 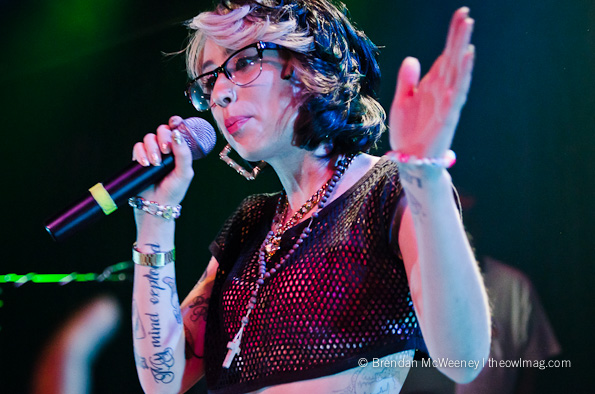 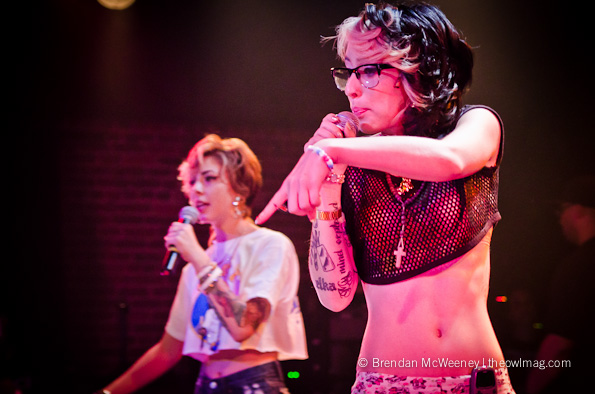 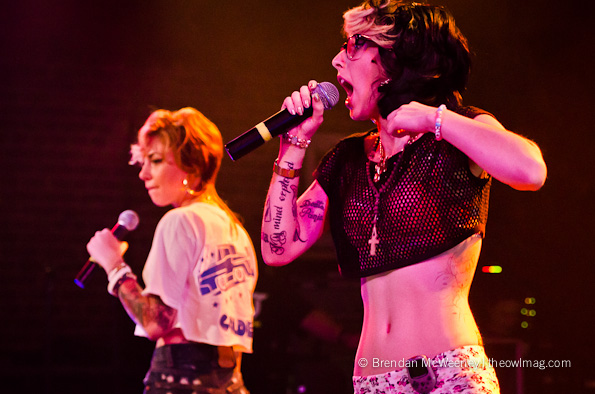 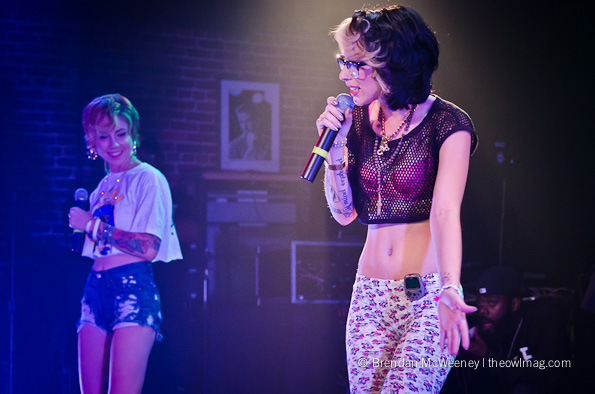