July in San Diego always warrants loud music. It’s hot and you need to hear music to make you shake around, bang your head, and jump up and down. Saturday night filled that void with King Tuff and Jaill at Soda Bar. At first, the crowd was sparse; it takes a while for these shows to get wild. But around 10:45pm, Jaill went on, and the audience was ready. 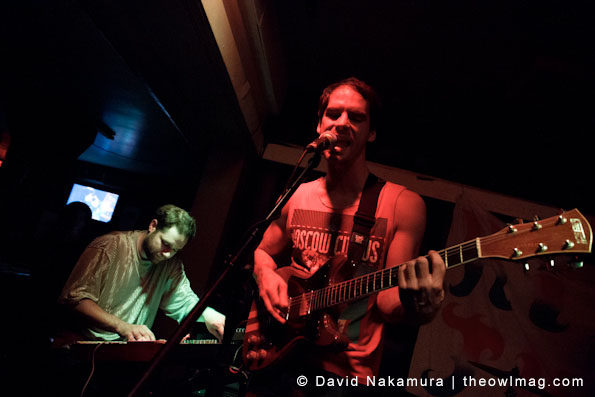 Jaill played a strong set, with a lot from their newest album Traps. They sounded tough, but polished. It was evident that the band intended to sound that way — loud and practiced. Vocalist Vincent Kircher happily looked around the crowd, interacting with the crowd as they rocked out to Jaill’s brand of indie garage punk. 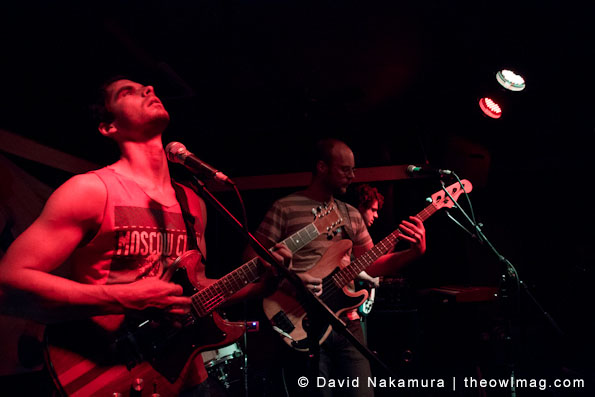 And then came the much anticipated, slightly comical King Tuff. After opening with “Anthem,” the first track off of their self-titled album, the band was introduced by their respective nicknames. There was Kenny, the powerhouse drummer drinking blue Gatorade, Magic Mike, a Matthew McConaughey look-alike straight out of the ’70s with his gold chain and long blond locks. And finally, there was King Tuff himself, the fuzzed-out, wiley-haired singer otherwise known at Kyle Thomas. The sight of each member took me back to some other era, where no one cared about anything, and cans of Budweiser were passed around in koozies. 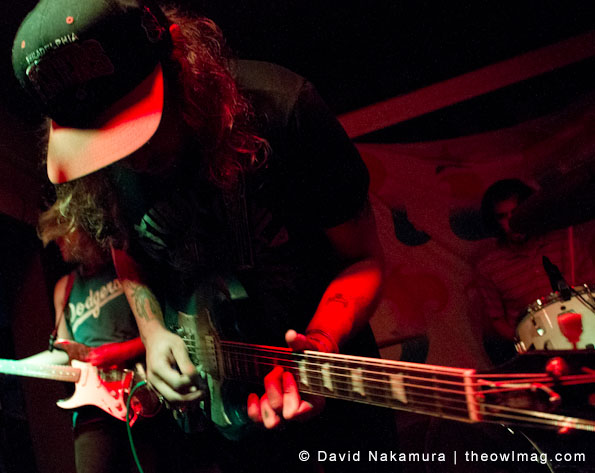 By this time the room was jam packed, and we were between three punk girls with shaved heads and a seven-foot tall friend of the band. The atmosphere was getting electric. King Tuff played right on, choosing all the tracks that the audience could sing and yell to. Songs like “Swamp of Love,” “Wild Desire,” and “Baby Just Break” kept the crowd yelling and jumping around. 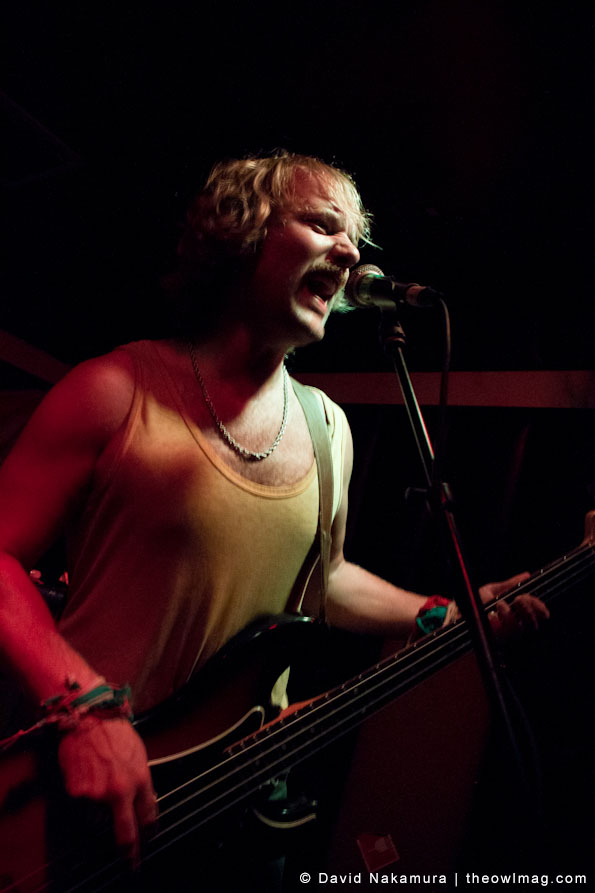 And the searing solos from King Tuff and Magic Mike only heightened the energy. They held out to play the single off of the album Bad Thing and when they did, the whole crowd lost it. Everyone was screaming the lyrics and having a great time. There’s nothing like going to a loud garage-punk show to get your heart racing. It makes you feel like you can be anything, do anything, and say anything. And although our ears are still ringing as this Owl write this, we enjoyed every minute of it. 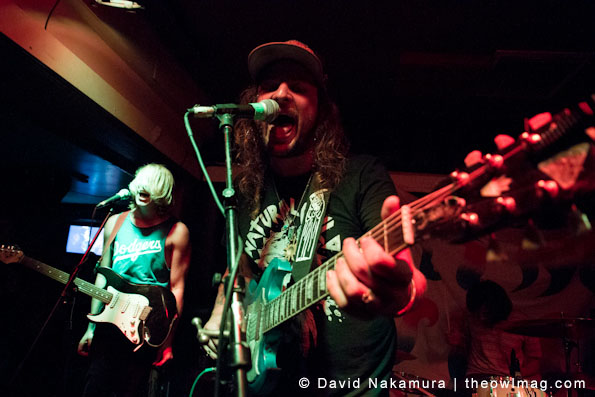