“It’s good to be home,” Kan Wakan announced from the stage, as they capped off both their own North American mini-tour, and this Summer’s slate of Saturdays Off the 405 gigs at the J. Paul Getty Museum in Los Angeles. On a warm evening in the hills of Brentwood, the band treated an all-ages audience to a fine show. 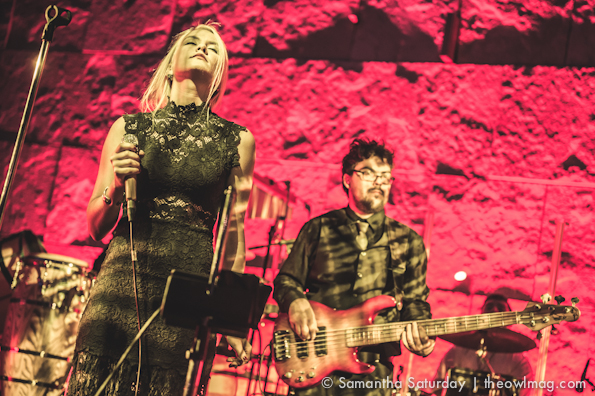 Taking the outdoor stage in the museum’s courtyard just as the sun was setting, the 3-piece group, including new vocalist KP, were augmented by percussion and a string section. The expanded lineup allowed them to bring more life and energy to their intricately arranged orchestral pop. After an opening instrumental jam, they got into their album’s title track, “Moving On.” 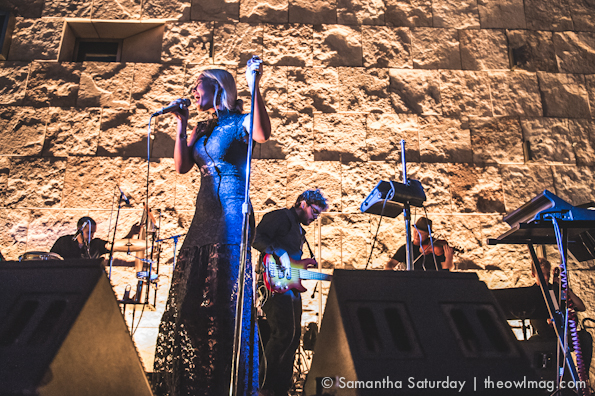 The stage was filled to capacity when Kan Wakan were joined by the Silver Lake Chorus for “Like I Need You,” a track recently used in HBO’s spring promo. The choir only stayed on for one song, but KP showed that she didn’t need any support to put on a strong performance. KP brings a different energy than their previous vocalist, less intense, but no less effective. She really shone on “Space Owl (Cut the Rope),” hitting high notes toward the end which garnered applause from the responsive crowd of music-and-art-lovers. Her vocals were not overtly bombastic throughout the set, but when she did go all out, they were fantastic. 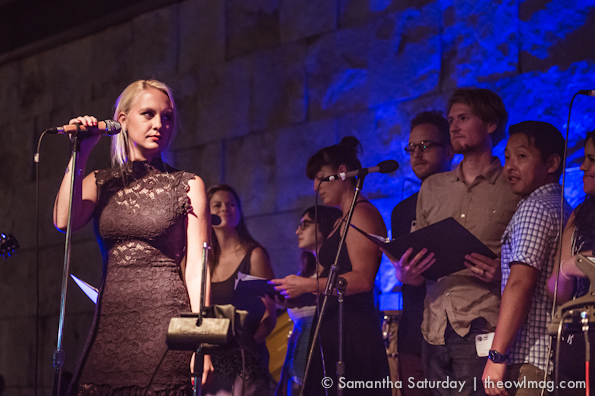 The only misstep was the usually great “Sawdust,” where it felt like they lost a bit of energy by trying to make the song too interesting. When you’re playing in a museum, though, you can’t be faulted for trying something different. 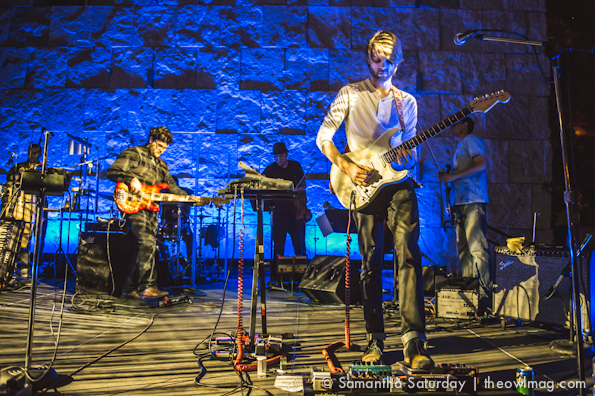 Any energy they might have lost was more than brought back on their last song, “Midnight Moon Pt I & II“. For it, they brought out a few more guests, including keytarist Brandon Coleman. “This guy’s a beast,” KP rightly said of Coleman, who laid down monstrous keys during extended intros and outros that stretched the song well past the ten minute mark. It felt like they didn’t want to end the song, as all the musicians were onstage smiling. The crowd ate it up, with pockets of fans really getting down and dancing. Watching a great band just a few steps from gorgeous sweeping views of LA, it felt as California as you can get, and it was awesome. 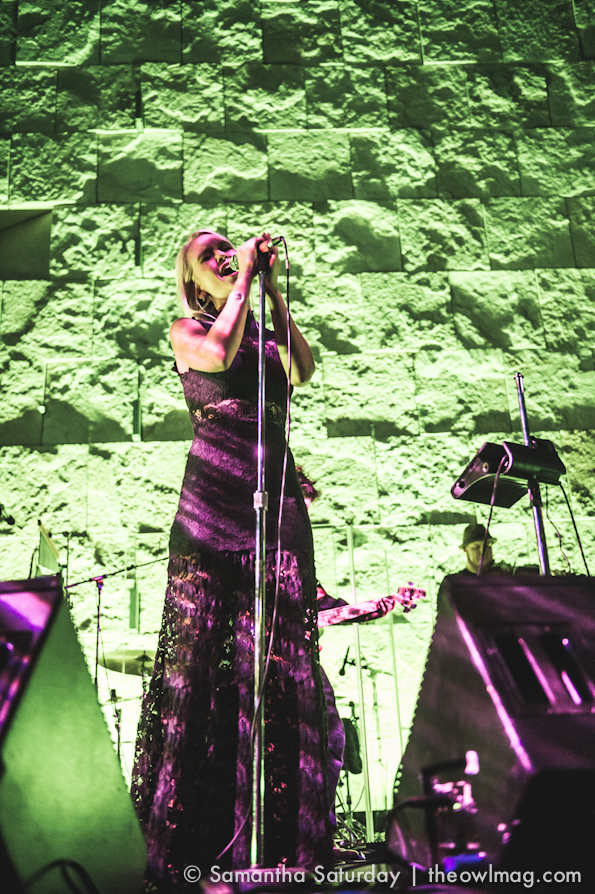 Check out a full gallery of Kan Wakan closing out the 2014 Saturdays Off the 405 series HERE!