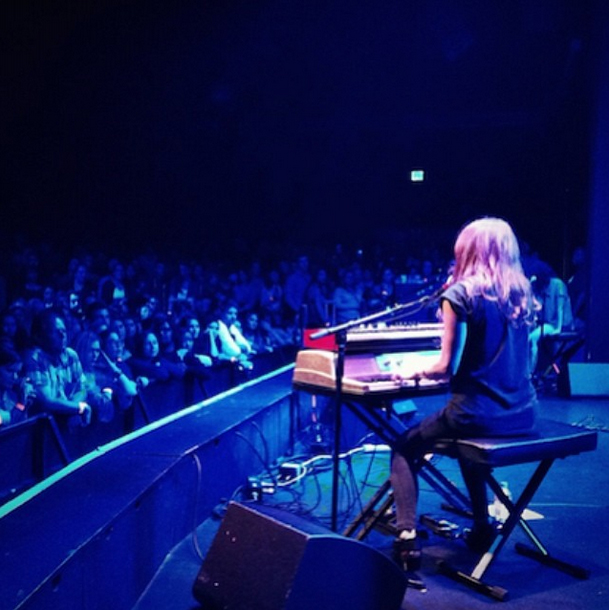 “Here’s a new one. Hopefully I can remember how to play it,” said Jenny Lewis as she showcased new songs off her latest album, The Voyager for a warm up show in Orange County. The Observatory filled to the brim as fans greeted Lewis and her band with excitement.

Lewis performed a good variety of her discography, which spanned her work from Rilo Kiley, to Jenny Lewis & the Watson Twins, to Jenny & Johnny. Lewis’ stage presence was on point and her interaction with the crowd was touching. It was easy to see why so many people look up to Lewis and follow her through all her projects.

She introduced one of her new songs, titled “The New You”, and chuckled because she thought it was a cheesy name. As the song began the band wasn’t in sync, but they gave it another try, and once again weren’t on the same notes. But being charming and quick on her feet Lewis told the crowd, “Sorry. This is new shit!” And the third time was a charm.

SETLIST:
Head Under Water
Silver Lining
Just One of the Guys
Pretty Bird
Close Call
Slippery Slopes
Completely Not Me
The Money Maker
The Next Messiah
Bad Man’s World
A Man/Me/Then Jim
Rise Up with Fists!!
The New You
You Are What You Love
Melt Your Heart
Love U Forever
A Better Son/Daughter
——–
Acid Tongue
She’s Not Me

The Voyager is set to release on July 29th, be sure to catch Lewis on her upcoming tour.