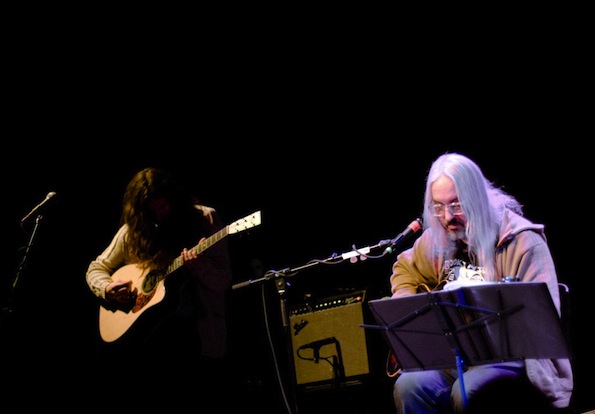 In what can only be described as a classic Carnie Fulton / Galen Summer (photographer) concert excursion, we missed an opener that we were both just as stoked to see as the headliner. We thought that a bit of the Bourbon might help to quell the piercing sting of missing Kurt Vile’s entire set. Alcohol usually does the trick, am I right? As J Mascis entered stage left, hobbling down the venue’s stair case, looking like a rock ‘n’ roll Gandalf, he was wearing one of those hoodies that all of the kids are wearing these days. His latest album might be mostly acoustic, but it was also easy to imagine the grinding fuzz, elevated solos, and slacker vocals so prevalent from his other projects as soon as he began his set. His set-up on stage was awkward, though. His song book off to the side, Mascis seated himself up front, intimately open, but rarely looked upon the crowd for the rest of the show.

But, one of the most surreal moments of the entire performance came when Mascis delivered a surprising cover of Edie Brickell’s “What I Am.” It’s a damn good song, but probably one that most would not expect at a Mascis performance. Obviously, Mascis’ range as an artist is still unknown to even J himself, which I think is important to realize about the 40-something rocker. At that point, his latest album really came into focus for me, and I could enjoy the rest of the show. Near the end of the concert (which ended painfully early around 11), Vile joined Mascis onstage and in some ways, the whole scene was a juxtaposition of the present and future. Standing five feet from one another, Vile slung to the side of the stage with his hunchback and bushy brown head, he plucked along to what I’ve come to acknowledge as “the Vile sound” on the track “Can I.” With Mascis’ aura commanding the spotlight, distortion flickering in and out, the two went for blood as Mascis’ meandering solos and nimble chord changes lunged for its victims in the crowd.

In many ways, Vile’s new record resonates, while Mascis’ nakedness rides along in an interesting test of his status as a pioneer and innovator. Despite losing feeling in my right middle finger early on in the night, Mascis’ legendary baggage was a memorable check on rock’s past and its present. 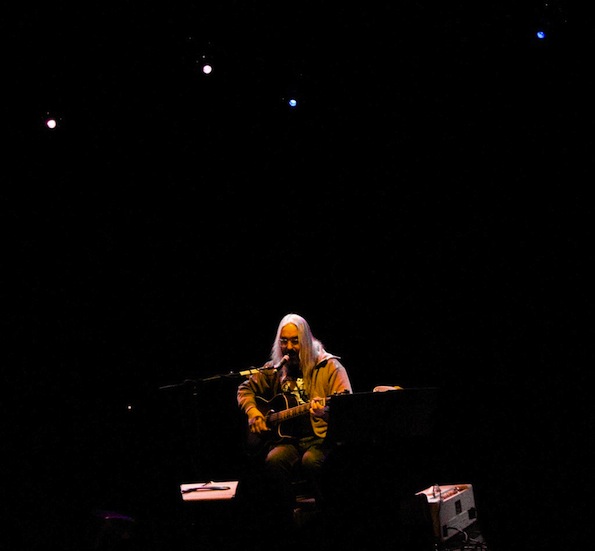 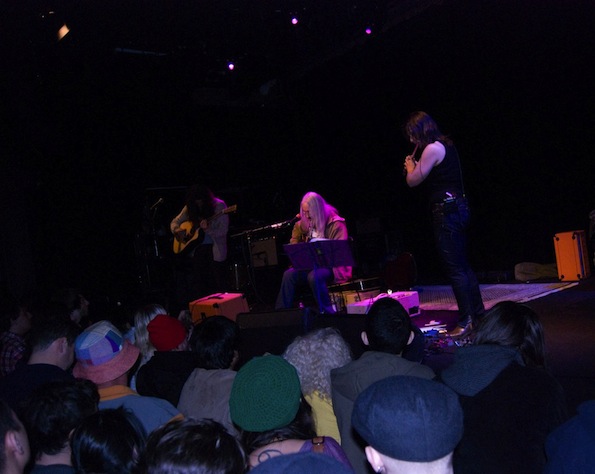