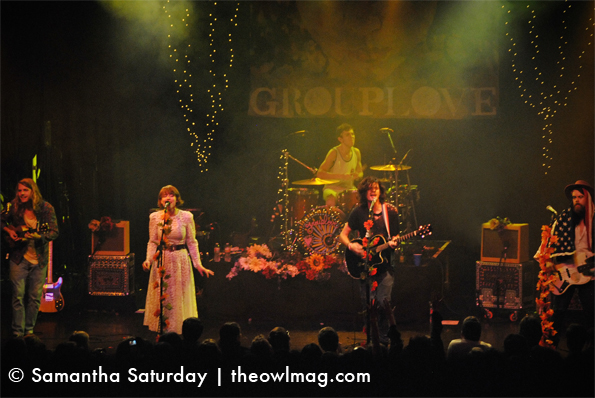 The city of Los Angeles is always buzzing and last Wednesday night that buzz was bottled up inside the shoulder-to-shoulder packed El Rey Theatre. Concertgoers chattered about merrily as they eagerly waited for local favorites, Family of the Year to take the stage. 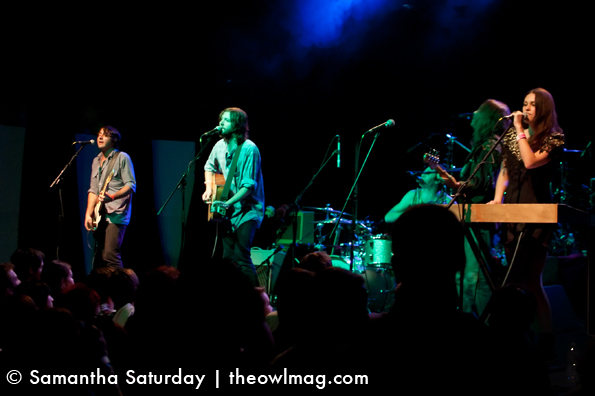 Family of the Year
With their warm and welcoming demeanor, the opener eased the crowd into the mood for a fantastic show with general crowd pleasers including “Chugjug” and “Stairs.” Like their tourmates, Family of the Year were pleased-as-punch to be playing right there in their own backyard.

After a long eight weeks of touring, Grouplove was set to headline in their hometown. As the band kicked things off with fan favorite “Tounge Tied,” it was impossible to miss their beaming grins when the curtains parted. 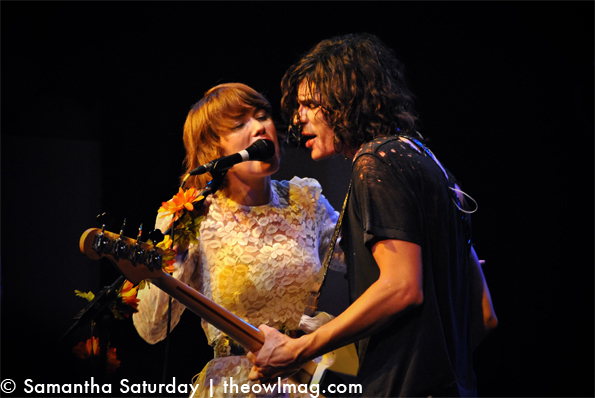 Bassist Sean Gadd, hailing from the UK, spoke for the band saying that although they come from all over, they will always be grateful to call Los Angeles their home. It was plain to see that the band was happy to be back as sunshine practically exuded from each member throughout the entire set. 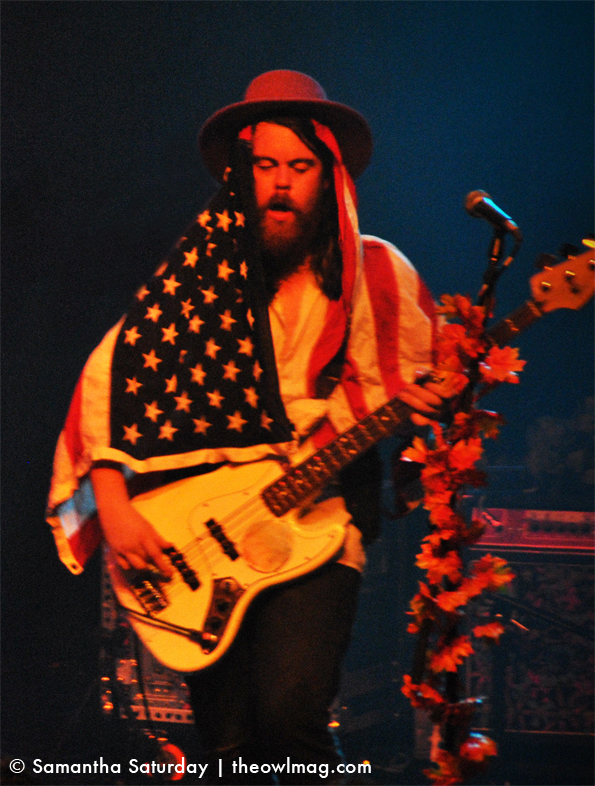 Each member of the quintet plays a dynamic role, particularly in their live show. For “Spun,” guitarist Andrew Wesson switched over to a teeny mandolin and lead the band through the jangly, speedy tune. Immediately after, Gadd introduded each member by name and took the reigns for a raucous rendition of “Chloe.” Gadd stepped up to the edge of the stage, rallying the crowd into a sing-along frenzy. For their last song, “Slow,” singer Hannah Hooper painted on a large white canvas as the band continued to jam out behind her. 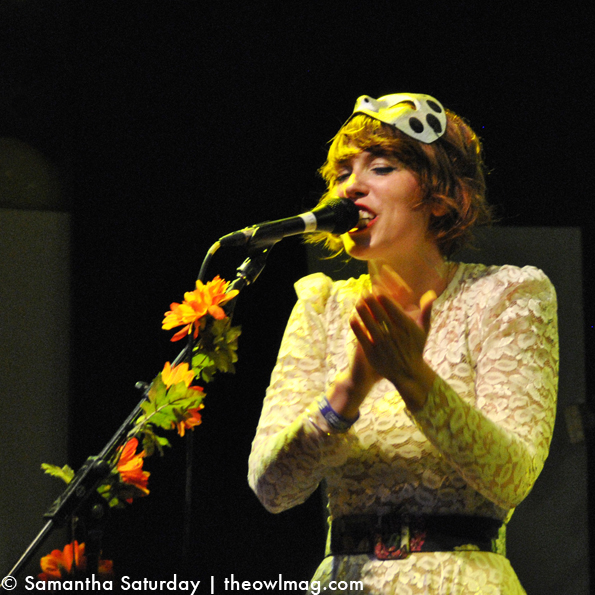 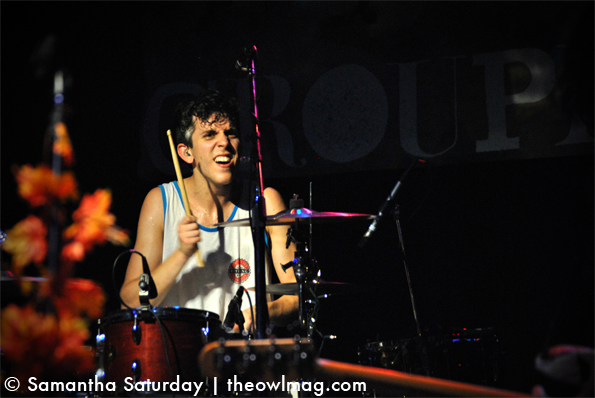 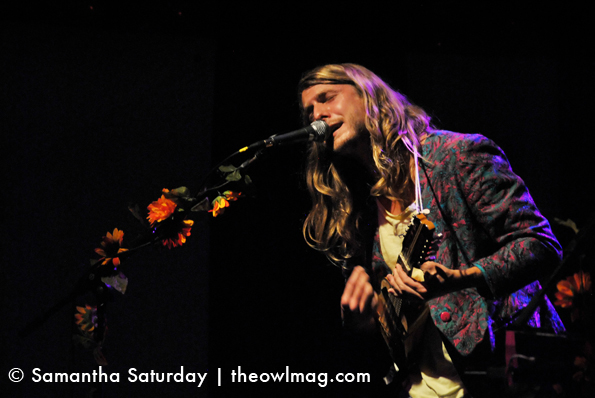 To end their encore, the band drove it home with their hit “Colours,” ending in a flood of brightly colored balloons. And of course we all know, it’s not a party unless balloons are involved. 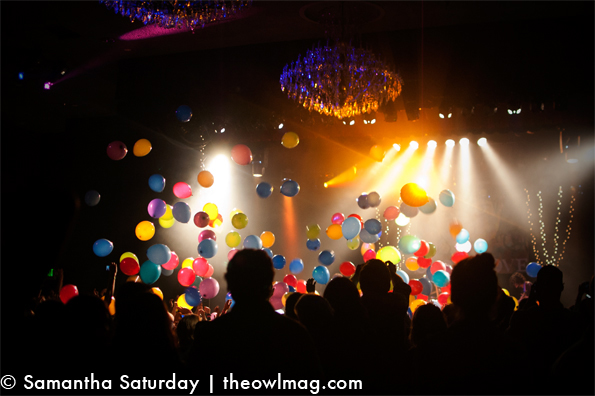 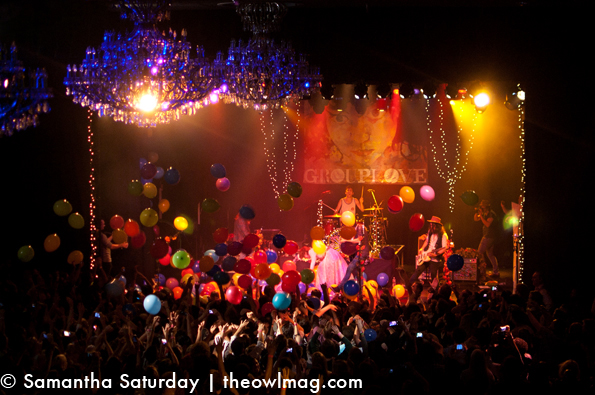