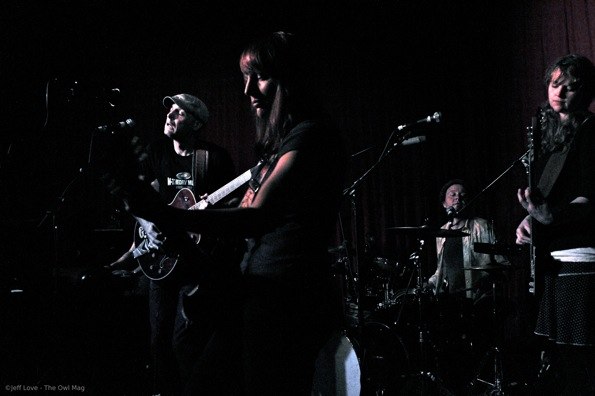 The heavy rain almost put a damper on my commute to Los Angeles, and the thought of missing Goldenboy’s performance was daunting. Nevertheless, I made it just in time to snag a front row seat and a glass of shitty wine.

The Hotel CafÃ© is probably one of the coolest venue/lounges in LA. Located near many hip bars and adjacent to the infamous Burgundy Room, where I spent the better part of my twenties annihilating my liver. 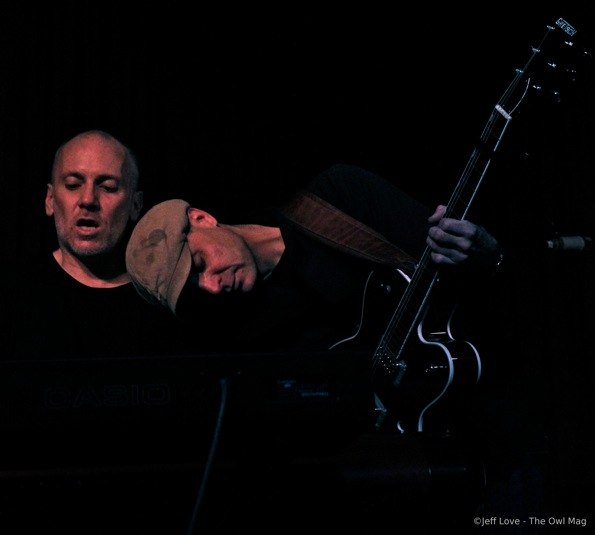 Shon Sullivan has come a long way since his one-man band days. Often times accompanied by a drummer, Shon would put on such a heartfelt performance that it gave you a clear visual of the talent he possessed. He played guitar, bass pedals, and sang his melodies in one shot, and always with a bashful smile.Â Now as a five-piece band, Shon Sullivan (guitar / vocals), Nicole Verhamme (guitar), Keith Brown (keyboards), Katy Stone (bass), and Jon Crawford (drums) bring a new dynamic that accentuates the existing beauty of Goldenboy.

The set started off with “Sing Another Song For The Winterlong,” “Kittens Of Lust,” and “Summer Of The Evening” off theÂ Blue Swan OrchestraÂ (2002) album. Before the band could debut a new song off their 2011 album,Â Sleepwalker, they were rudely interrupted and asked to move their vehicle. Â An awkward moment for a band for sure, but they somehow managed to get the vehicle relocated, laugh, and proceed with “Holiday.” 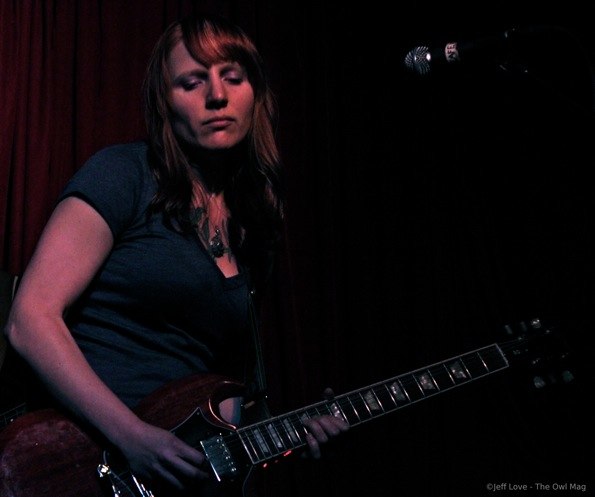 “Different Moon” and “Rock ‘n Roll All Night” definitely stood out as songs that showcased the band’s individual strength, skill, and musical emotion. I fell in love with Goldenboy all over again. 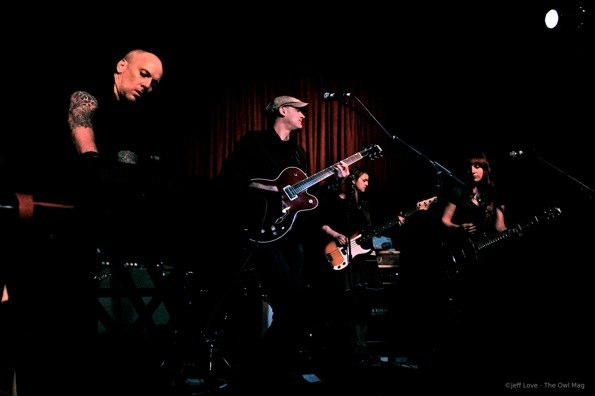