Just days after having their tune “Up Up Up” covered on Glee and playing a set at weekend 1 of Coachella, Givers lit up Slim’s on Sunday night. With only one phenomenal LP to their name, Givers do in fact give in their live performance. Rather than just ramping through their 10-track album, the ﬁvesome treated their audience to a new introduction before bursting into the start of their set with “Ripe.” 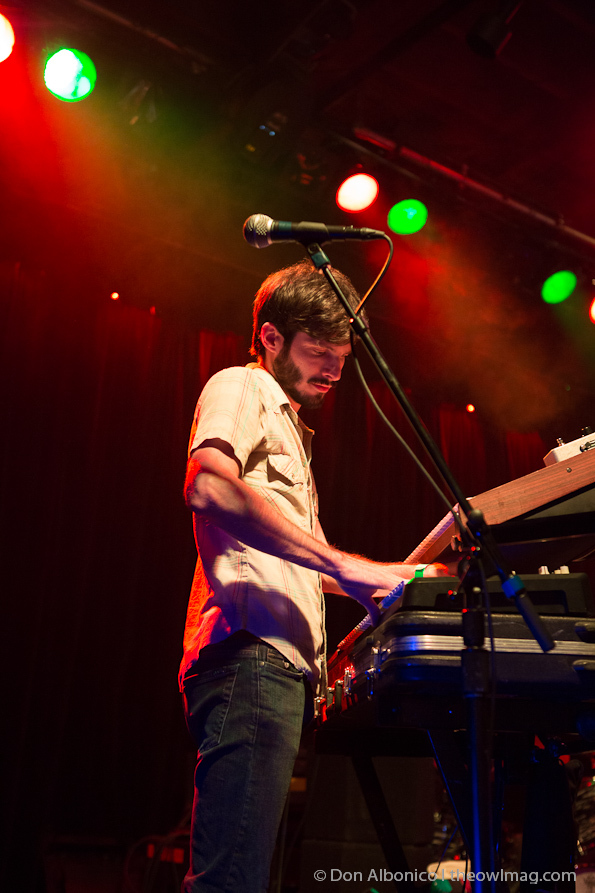 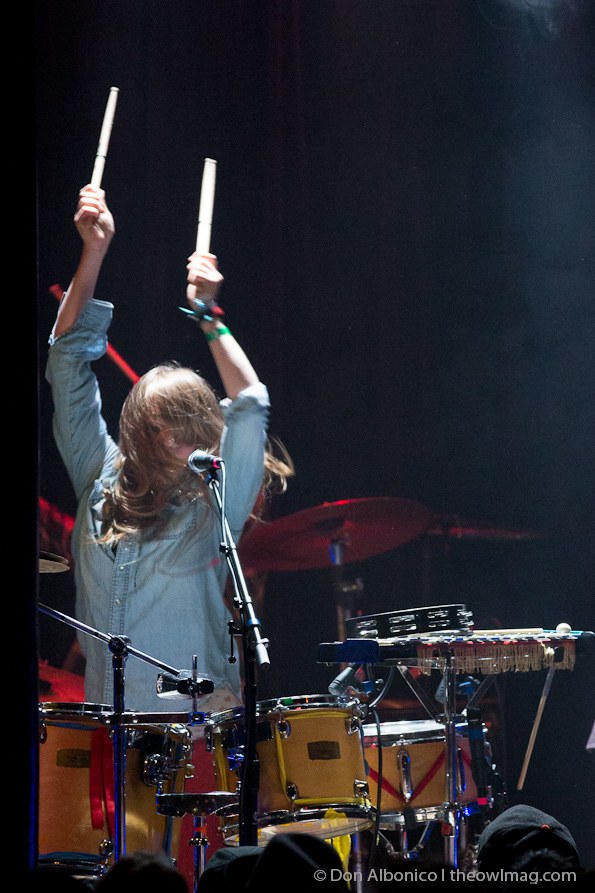 Throughout the show, Givers accessorized their recorded tracks with bonus lead-ins (“Ceiling of Plankton”) or un-anticipatory time changes (“Meantime”) or especially electronic keys (“Saw You First”).

But the most obvious specialty of seeing Givers live is their leading lady, Tiffany Lamson. She’s a triple threat: percussionist, string player, vocalist; and she’s stunning with a uniquely raspy voice that gives you chills every time the band pauses to feature her wailing. 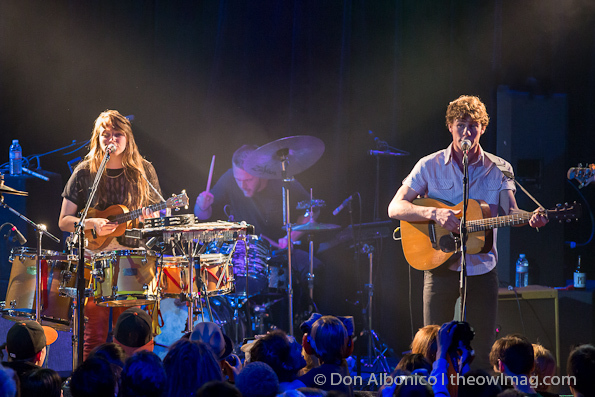 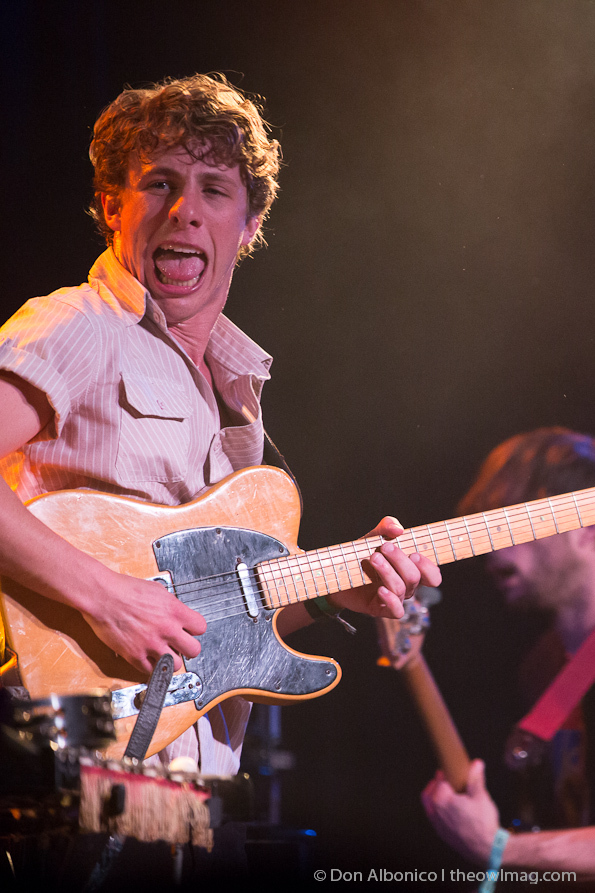 However, Givers is by no means Ms. Lamson alone. While you can’t help but be enraptured by Lamson’s natural presence, songs that feature her talents, like “Atlantic” are also the ones that put the entire band’s craft on display. Whether it be a ﬂute solo or the loveliest of “oohs,” Givers are true musicians to such a degree that they took the time to give their sound guy, Andrew, a shout out mid-show.

Other highlights included the debut of a new song which had the crowd dancing just as much as the familiar tunes (a sure-tell indication that Givers’ sophomoric release is going to be excellent) as well as a Talking Heads medley which found the band veering away from what the crowd came to see while avoiding all signs of disappointment. 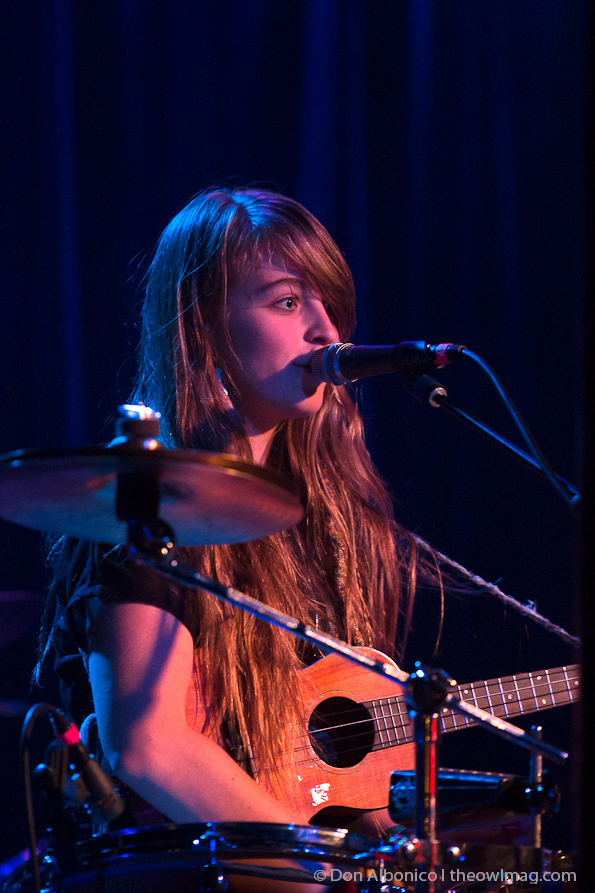 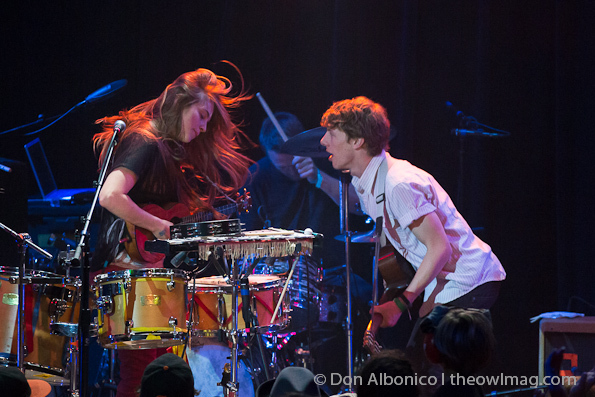 Since this past fall when San Francisco last housed Givers at Rickshaw Stop and the group could hardly believe that they had sold out a 400 person venue, they didn’t seem the slightest bit shocked by such a big turnout at Slim’s. We also aren’t the slightest bit shocked by their growing following as the sounds they create are exceptionally catch-tastic. Just like their song that made it to Glee, these Louisianan’s are on the way Up Up Up and if you’re headed to weekend 2 of Coachella: get to whatever tent they’re playing in!

Click here for more awesome images of Givers at Slim’s.