The strip of Valencia from Duboce to Cesar Chavez is fast becoming the hottest destination in San Francisco. The Chapel sits smack dab in the middle of this area, and its calendar is chock full of our favorite emerging talents.

Sister Crayon is a Sacramento-based group carefully cultivating their own brand. What was once a series of murky downtempo numbers has evolved into a captivating trip-hop gone hard rock set. Instead of acting like feuding siblings, the live drums and MPC fed off of each other. Terra Lopez has the stamina and the stance of a battle MC, and a voice fit for a church choir. As one of the ambient sections came to a close, she put her mic down and belted straight to the rafters. Appropriately placed peaks and valleys took us on a journey from sinister to sincere and back again.

Resounding cheers greeted Emily Wells from the moment she came out to set up her equipment. She opened with elegiac selections from the “accidentally recorded” Mama Acoustic album, “Darlin'” and “Los Angeles.” Those of us lucky enough to remember her early performances were transported back to open mic nights when no one wanted her to leave the stage. She then served up heaping helpings of her incomparable new millennium symphonies. 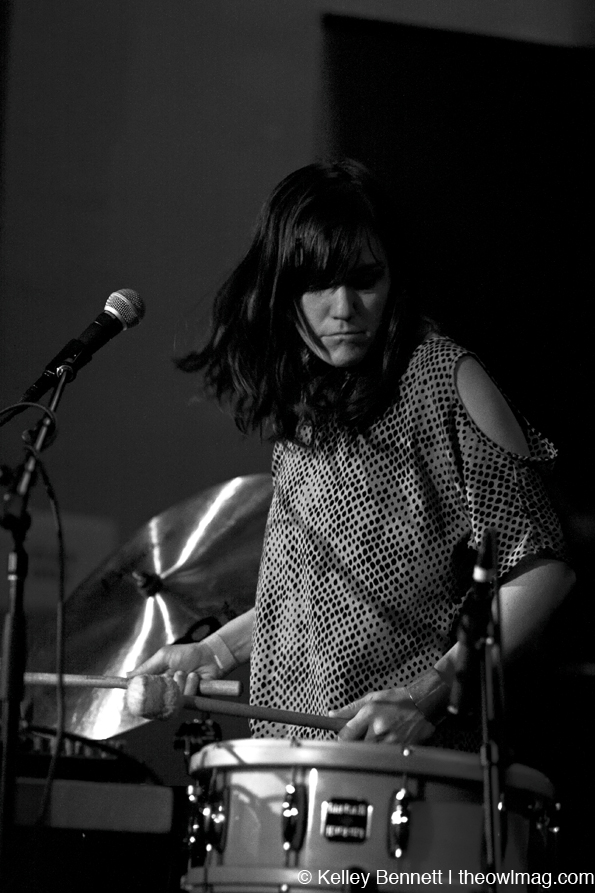 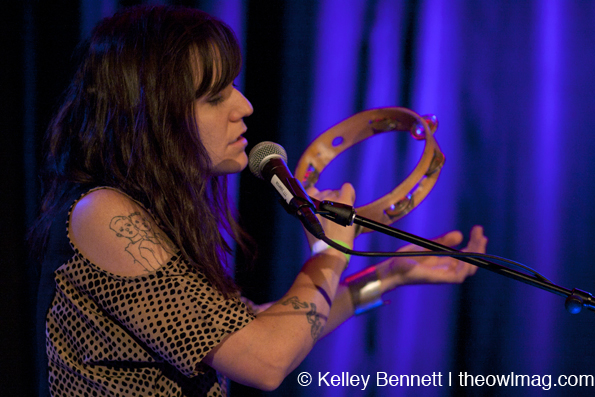 Whether sultry (“Mama’s Gonna Give You Love”) or spooky (“Becomes the Color”), reproducing these folk-hop jam sessions live takes an astounding level of concentration. After looping her voice or violin, Wells still has to stomp drum pedals, caress cymbals, and, lest we forget, sing. The process is visibly insulating yet never isolating, akin to Ripley donning a robotic exoskeleton in Alien to embrace instead of attack. “Don’t Use Me Up” was one of many pinnacles, a bluesy ode to “friendship, whiskey, and Jesus,” featuring a billowing vapor of harmonizing “eeeee”s. 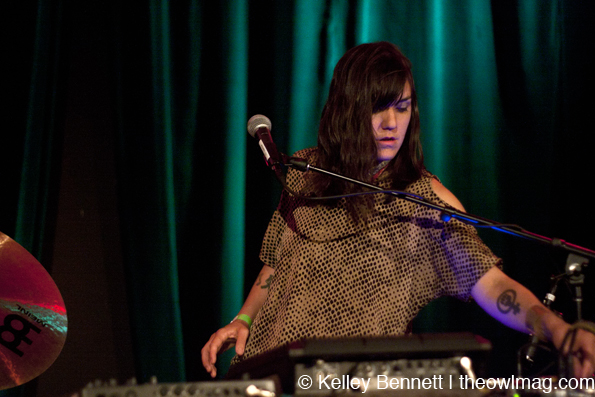 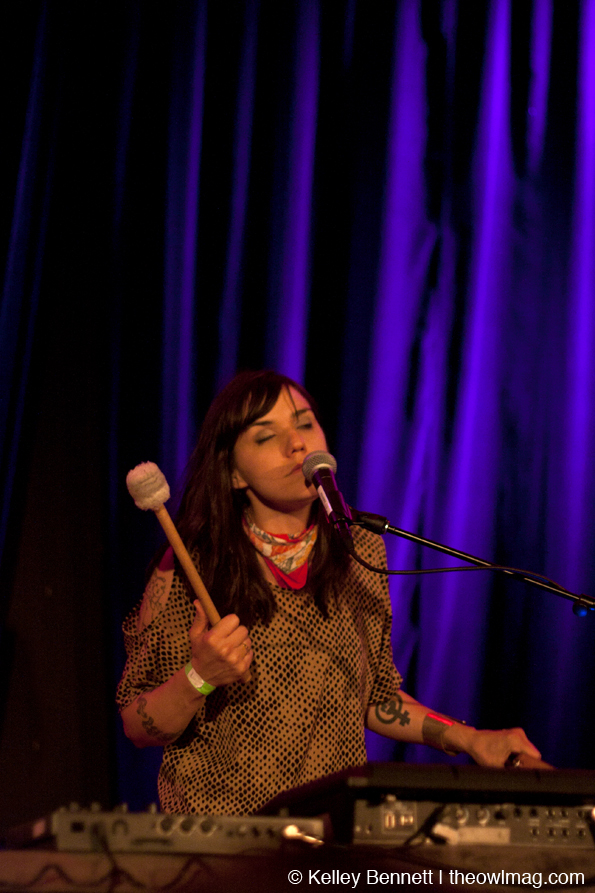 Regrettably, Wells encountered an ongoing problem for any intimate act that plays The Chapel: competing with the din of oblivious patrons in the adjacent bar. “Stay with me, San Francisco,” she pleaded before debuting “The Light is Drainin’,” a song that adds grim techno to her expansive palette. After leaping free from her figurative apparatus and performing a celebratory jig, she quickly re-emerged for a rambunctious cover of “Fever.” “Symphony 2 and the Click Click Boom” ended the dispute between the innovative artist and the trendy venue with a shaky truce.