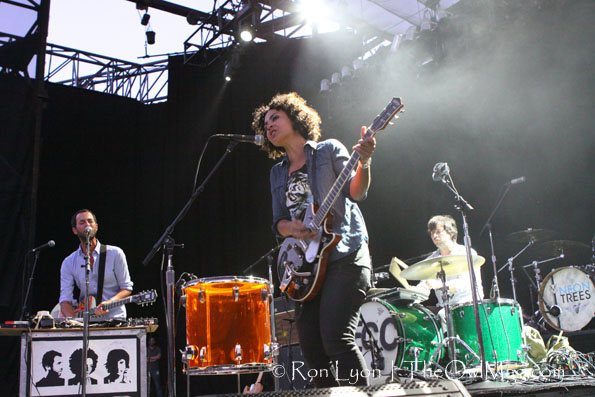 One thing about the Pacific Amphitheater is that you know exactly what time a show will start. At 7:59, Eastern Conference Champions took the stage as the openers for Neon Trees, for their 8:00 P.M. start time. As they came out onto the stage, I got the feeling that they were genuinely stoked about doing this show. They had natural smiles on their faces as they took their positions and that really radiated out into the audience.

They came out of the gate guns-a-blazin’ with the exhilarating “Bull InThe Wild” which I expected to be toward the end of the set. It turned out to be a brilliant selection to kick things off leaving the audience absolutely hungry for more. 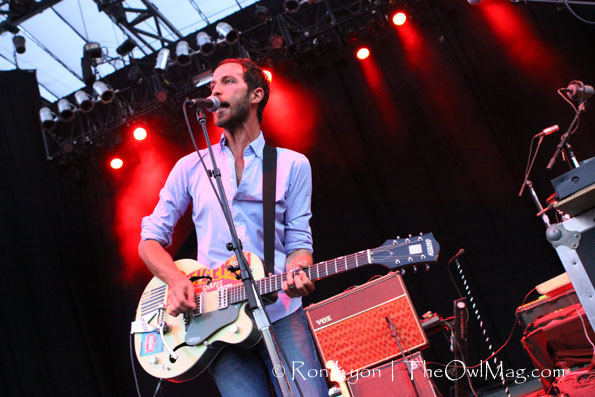 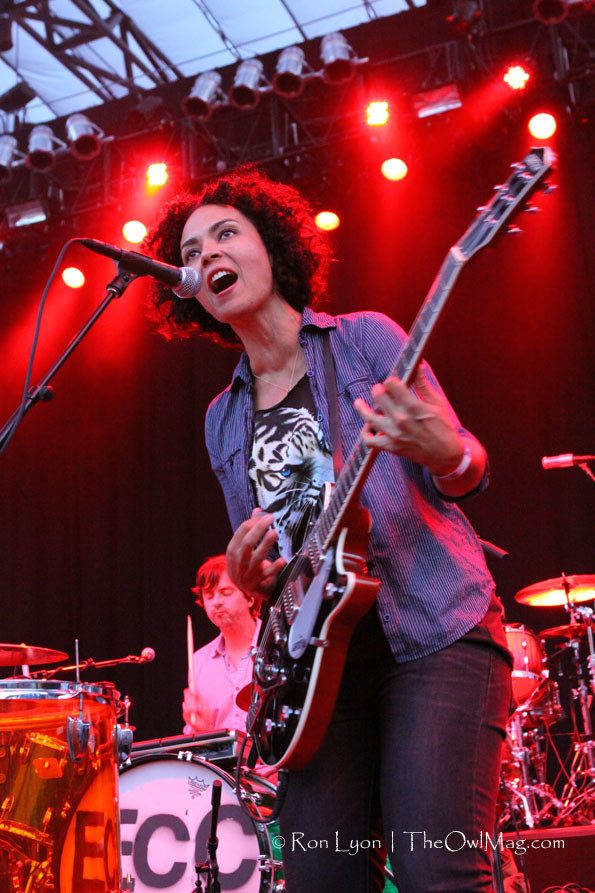 ECC fed us like little baby birds. Each song felt better than the one before it and with only a half hour to play, they chose their set list perfectly. One thing that had me scratching my head at first was the unorthodox way their mics were arranged. Frontman, Josh Ostrander was set up to face guitarist, Melissa Dougherty, while she faced the crowd and drummer Greg Lyons was in the middle. Instantly, it was obvious that it works for them! In fact, it was a genius set up for their chemistry. 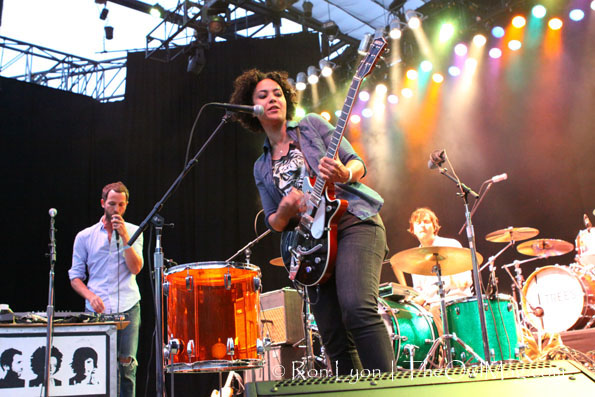 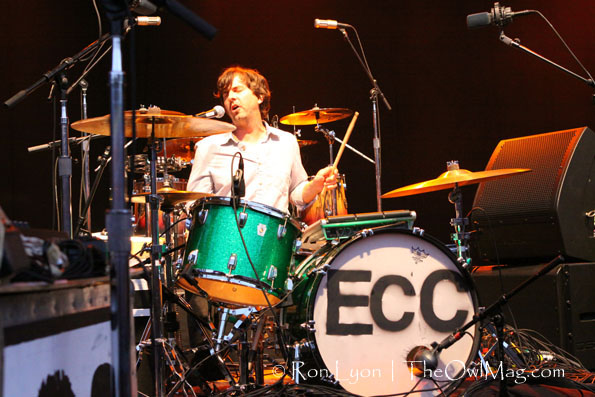 One of the highlights of the set was at the end of the last song: Ostrander and Dougherty ditched their guitars, picked up some drumsticks and started banging on their floor toms with Lyons for a powerful and vivacious percussion finale to remember.

All three were high spirited and clearly enjoying themselves; confirmed by a huge hug between Ostrander and Dougherty at the end. (Don’t think I missed that frisky pat on the ass you gave Josh on the way off stage either, Melissa!).