There was this buzz surrounding the air inside the San Francisco paramount music venue The Fillmore. Fans had come out in waves to see a staple of their favorite indie playlists. Behind me were hundreds anxiously awaiting what could arguably be one of the best concerts of the year. 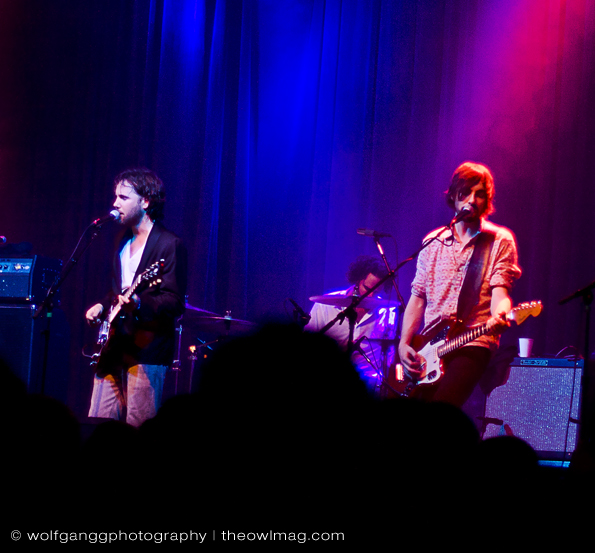 The house lights dimmed and the sold out auditorium went absolutely crazy. Without a hitch, Kevin Drew took a light jog out to center stage and immediately began wooing the audience. It’s almost like he was at home on that stage. In fact, he even mentioned how San Francisco felt like home to him. 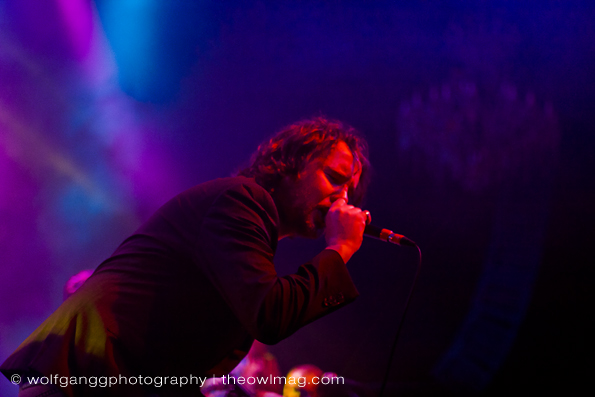 After announcing that this was their third, and possible final final show, the rest of Broken Social Scene took the last stage of their US tour. However, they weren’t alone. Long time friends Amy Millan and Evan Cranley of Stars accompanied them all night long. 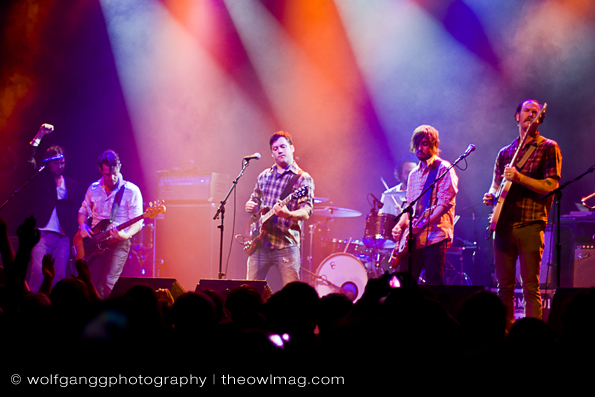 At the beginning of the night, we were warned. We were warned that it was going to be a long show, and that we were going to hear most of their catalog. There was no doubt about either of those two facts. Broken Social Scene is one of those bands that sound really good on record, and I mean really good. The production of their intertwining instruments and their manipulation of notes is a symphonic zenith to the ear. Seeing them live is ten times that but for each of the senses. I apologize for the heaviness of that sentence, but it was important to stress how absolutely amazing this band was live. 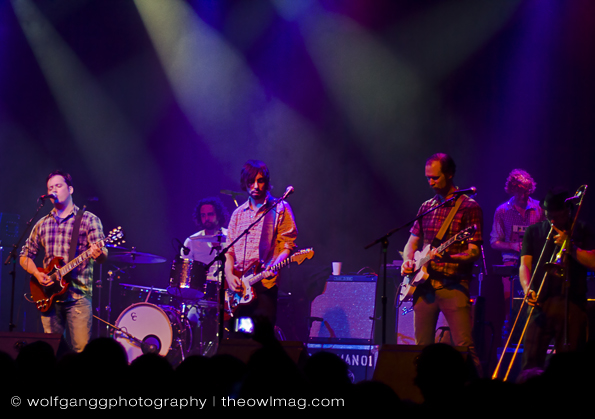 I started to wonder about it though. Where was this buzz coming from? Was it the possibility of it being their last show, but for good this time? Was it the fact that Stars was on stage, playing right alongside them? The camaraderie the two bands possessed? As someone who has been listening to them for a very long time, but never had the pleasure of seeing them live, I wondered, was their show just this good? 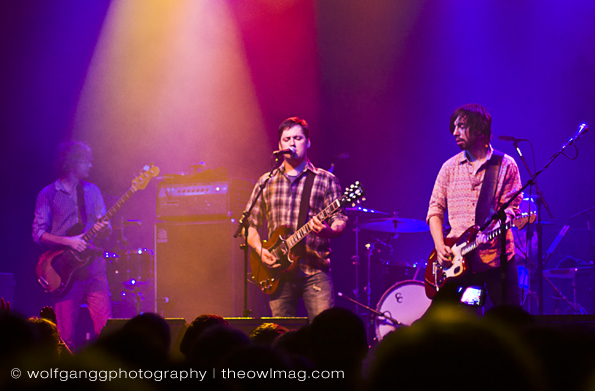 These people are musicians and showmen, and they put on a damned good musical show. Andrew Whiteman even stretched his pipes on a couple of occasions. They knew what the audience wanted and they gave it to them. They weren’t without surprises though, at least to this photographer. 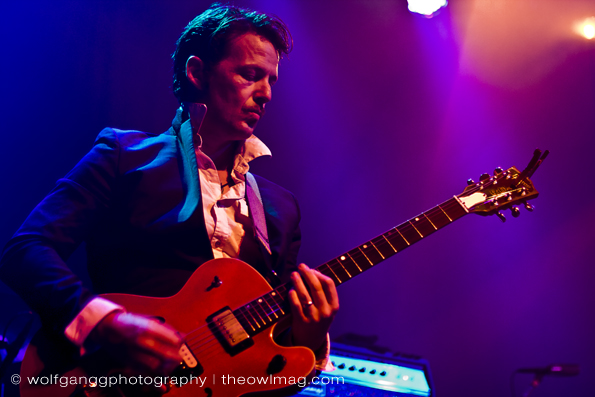 Stars was a pleasant one at the beginning, but towards the middle of the show, there was a pretty spectacular one. Remember when I talked about the showmanship this band has? Bringing out Isaac Brock and performing “World At Large” and “Paper Thin Walls” with him, and doing it spectacularly well, is an incredible feat of showmanship. 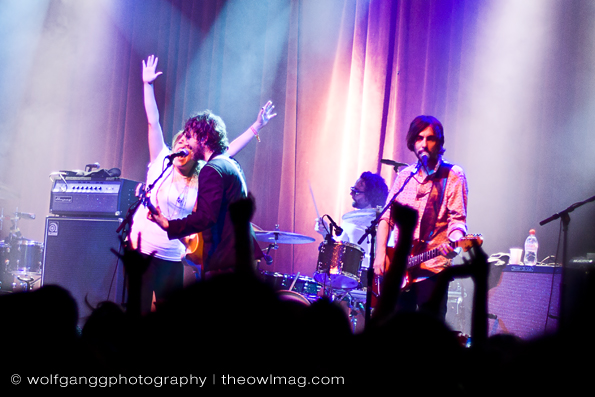 The break before the first encore was more like an intermission. Just as the warning at the beginning of the show, Kevin reminded us to drink some water and stretch our legs. With just enough time to drink a glass of water themselves, the band was back on stage and went right into another set, including Kevin Drew’s favorite song off You Forgot It In People (coincidentally, my favorite of their albums), “Looks Just Like The Sun.” They continued to play song after song, with their noise in perfect unison until they let Amy and Evan grace the stage for one of their songs. 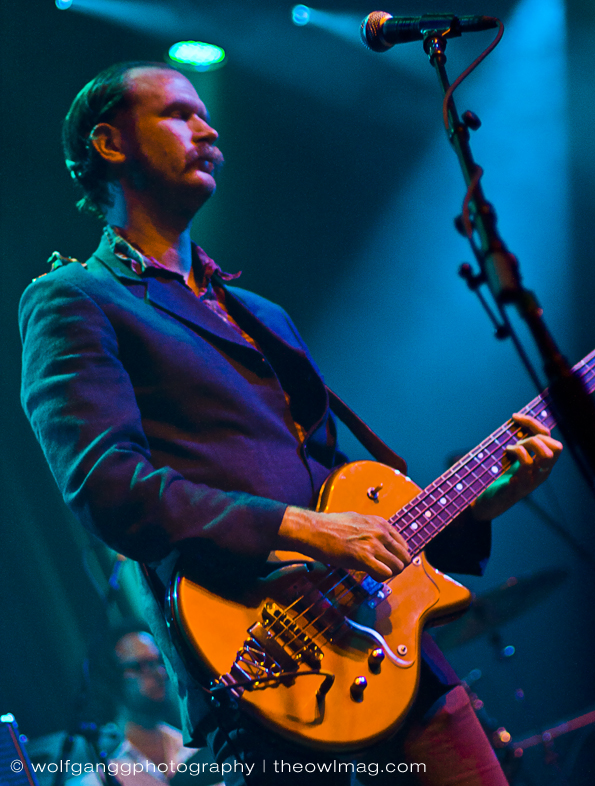 Kevin Drew really was in a talkative mood that night. He pointed to the wrong balcony to introduce his parents, who were there celebrating their 44th anniversary. He finished their third and final encore by getting the crowd to chant “YOU” after he said “FUCK,” and then changing it to the audience continuing their chant, but switching his own up to “LOVE.” After giving a speech on positivity and negativity and their intermingling, he wrapped up the show by giving it up to his sound guy Marty, whom he says has been a great mentor to him and the band. 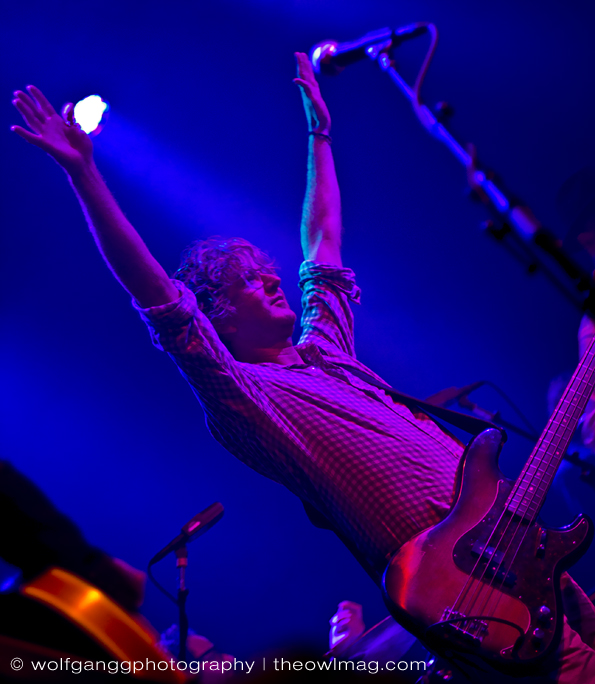 Check out more badass photos of the epic event HERE.