Australia’s Boy & Bear came to Los Angeles to play a sold out show at the Troubadour in support of their sophomore release Harlequin Dream.

Supporting them on this tour would be Canadian indie rockers Wildlife. The band quickly attempted to engage with the audience with singer/guitarist Dean Povinsky encouraging everyone to “Come closer,” and “dance if you feel like it!” The rest of the band began to mirror Povinsky’s energy with each passing song. The impressive set ended with all five members playing to an explosive conclusion. 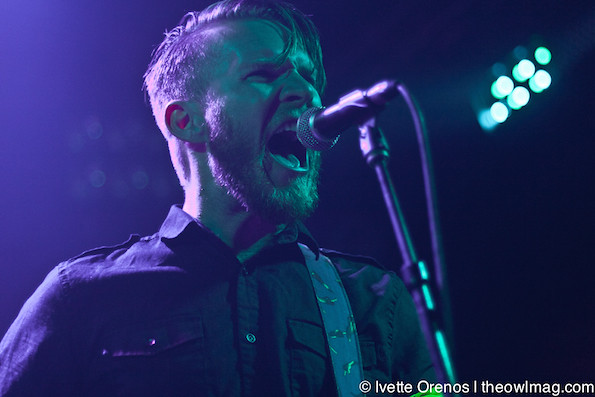 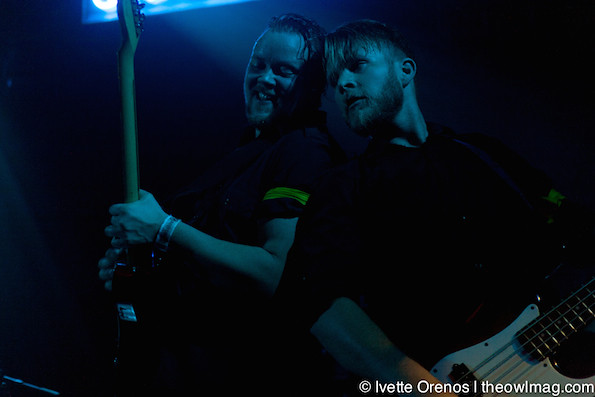 As those in attendance awaited for Boy & Bear, the sense of buzz and anticipation could be felt heightening in the small venue. When the quintet approached the stage all conversations came to a halt, as everyone’s eyes were now fixed on the small stage. Starting with “Three Headed Woman”, the band quickly established their presence, demanding and attaining the crowd’s complete attentiveness. 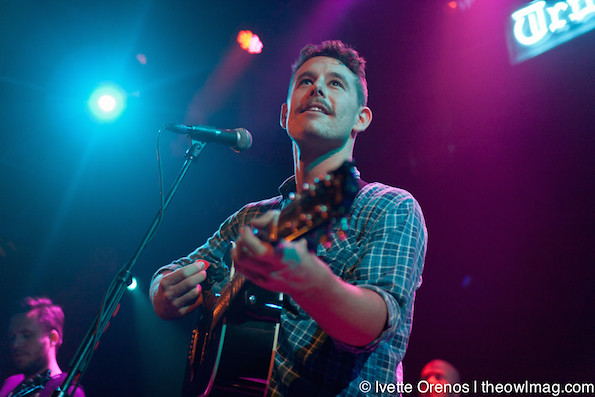 Singer Dave Hosking frequently walked graciously across the stage while confidently strumming his guitar, occasionally gazing out at the crowd. Bassist Dave Symes provided the opening bass line for “Rabbit Song” which the band cleverly mixed into “Lordy May”. Hosking quickly thanked everyone for attending, adding “We’ve been on tour for two months. And it is an absolute pleasure to end in Los Angeles, at such an iconic venue as the Troubadour.” 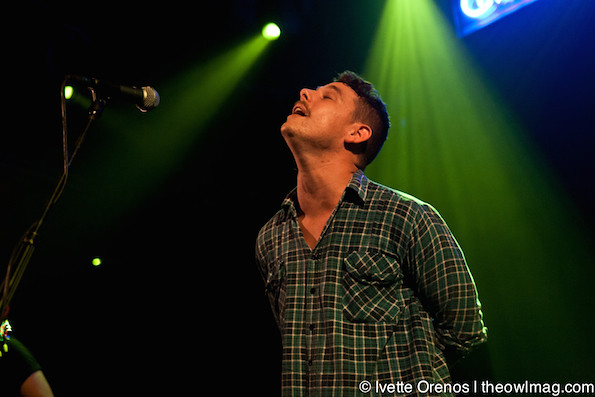 The band continued their set with “Harlequin Dream” which found guitarist Killian Gavin replacing the album’s sax solo with a ridiculous ripping solo of his own. Mr. Hosking put his acoustic aside for “Old Town Blues” letting the rest of the band shine as he danced around for a bit. And shine bright they did, perfectly executing the song, leading directly into “Milk & Sticks”. The band took an even more intimate approach to “A Moment’s Grace”, with drummer Tim Hart playing banjo, while Symes played the drum with his hand emulating the sound of a conga drum. 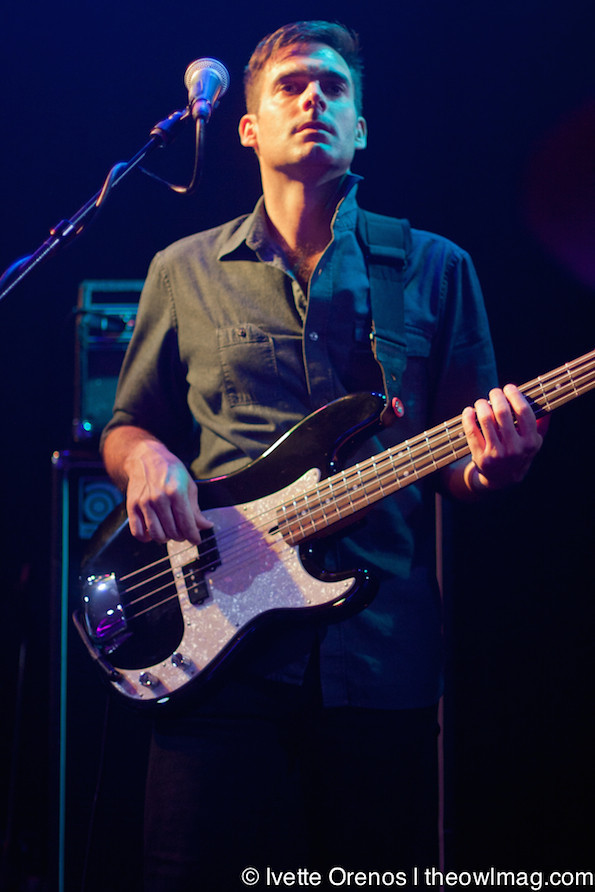 “Arrow Flight”, “Stranger”, and “Bridges” assembled the prefect set of songs to follow. As the band effortlessly played each tune, everyone stood witness to a group of musicians that are performing at an unparalleled level. “Part Time Believer” set forth another prime example of how awesome this band is, with Gavin picking away at his guitar, creating an almost B.B. King-like bluesy sound. Hosking then jokingly said, “He’s just showing off!” in which Gavin replied with, “I really am! Actually that’s all I really got.” And even then, reaching climactic peak, the band pushed it a little further with “Souther Sun”, which many were requesting throughout the set. 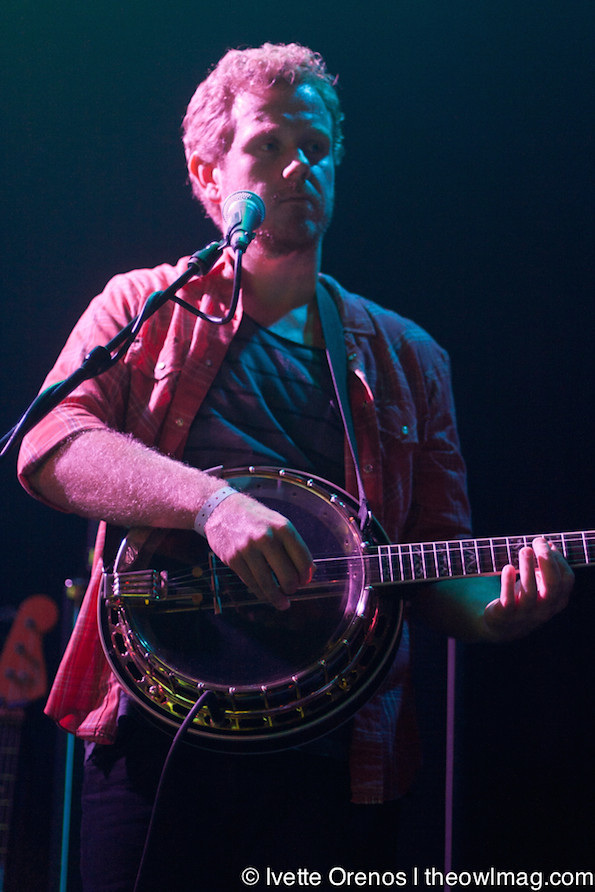 The band then took a brief moment to explaining their “no encore” rule. Hosking explained further by saying, “We never done one. We always felt it was fake and not us, we always like to give everyone a heads up.” and drummer Hart adding “Some people like to wait around for a really long time. It can make things a little awkward.” Ending their set on a high note with “Golden Jubilee” and “Feeding Line”, marking a brilliant end to a night of inspiring and thought provoking songs. The understanding each member has of each other and the roles they play, knowing the right moment to step up and stand out. 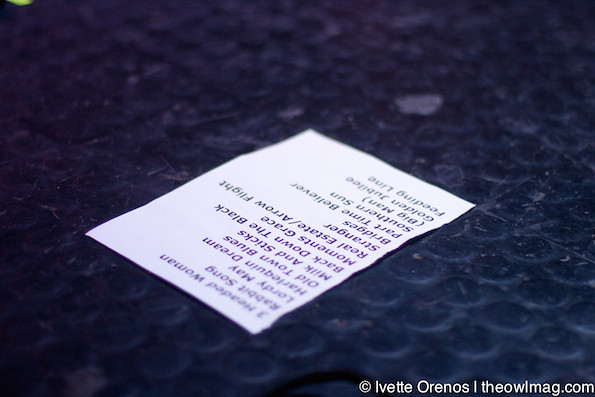 Boy & Bear will return home for a full tour of Australia. Check out a full gallery of the darlings from Down Under HERE!