In addition to world-class bands, Bonnaroo also boasts a large offering of great things to eat, drink, and experience with a myriad of food trucks, microbreweries from across the nation featured at the Brooers Tent, and a Comedy and Cinema Tent. Day 3 of Bonnaroo started at the movies with American Splendor at the Cinema Tent, followed by a Q&A with Judah Friedlander, who plays Toby Radloff in the film. 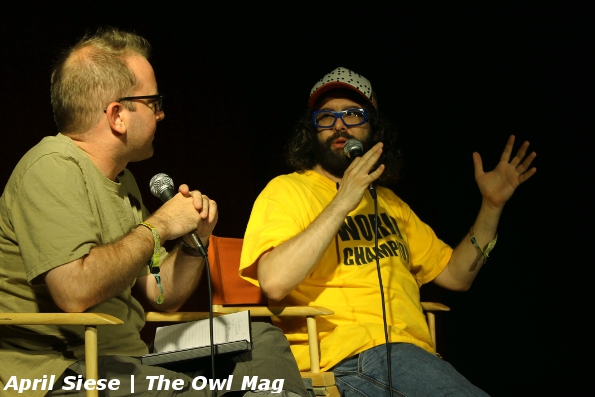 Judah Friedlander
Friedlander answered questions regarding the film, his relationship with the real Toby Radloff and Harvey Pekar, and his experiences on 30 Rock. After staying cool in a nicely air-conditioned tent, it was out in the heat for legendary punk band Bad Brains at the That Tent. Though the DC band has slowed down some, their innovative mix of funk and hardcore got fans just as wild. Ever the eccentric frontman, H.R took the stage like a southern belle, with a blond wig, white cowboy hat, white suit, and cowboy boots. 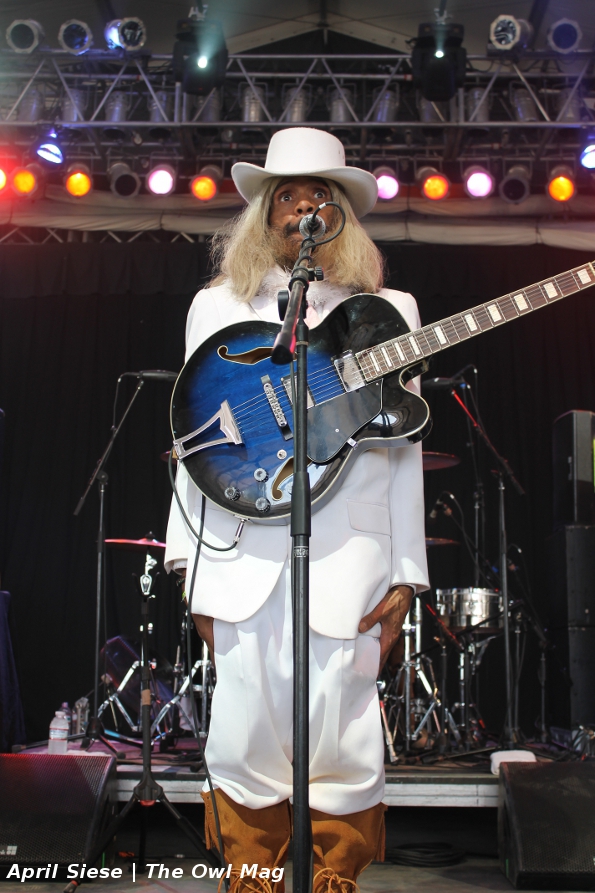 Bad Brains
Also taking the stage just a tent over at the This Tent was Das Racist, whose cheeky rhymes and excessive use of air horn truly endeared themselves to this Owl. “Rainbow in the Dark” and “Everything” were particular standouts in their nonstop set. 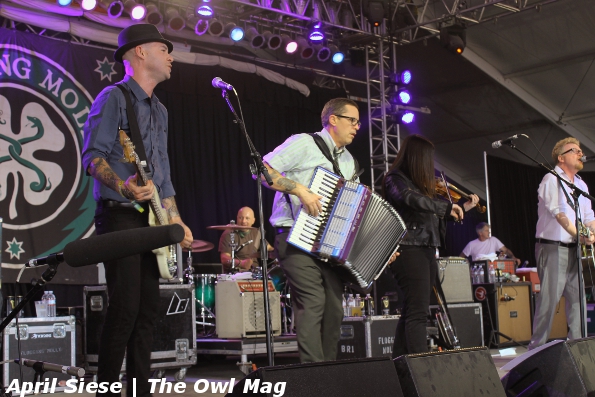 Flogging Molly
If anything, Saturday was all about energy at Bonnaroo and Flogging Molly certainly knew how to amp up the crowd. The songs were fast and the energy was high as the band blasted through hits like “Drunken Lullabies” and “Saints and Sinners.” The band threw in a few songs from their last album Speed of Darkness, which has made their message all the more relevant. Regardless of tough economic times, the feisty spirit of the crowd and band dancing in tandem was enough to forget about the outside world for a while. 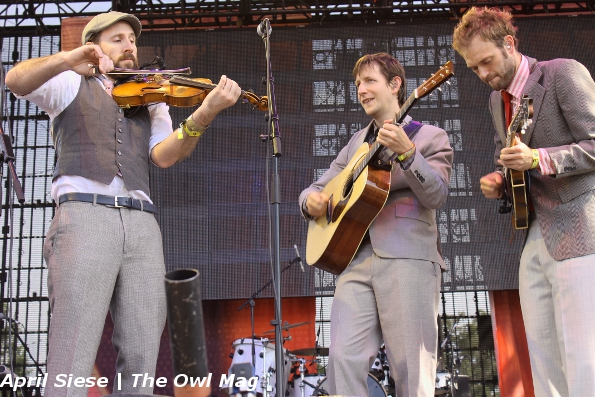 Punch Brothers
Earlier in the day the Punch Brothers treated media to a true bluegrass jam in the press tent, as reporters, photographers, and others gathered around the five-piece. Their performance on the Which Stage was just as intimate and spirited. The band was seemingly everywhere this Bonnaroo and have clearly come a long way from their first performance at the festival just two years ago. 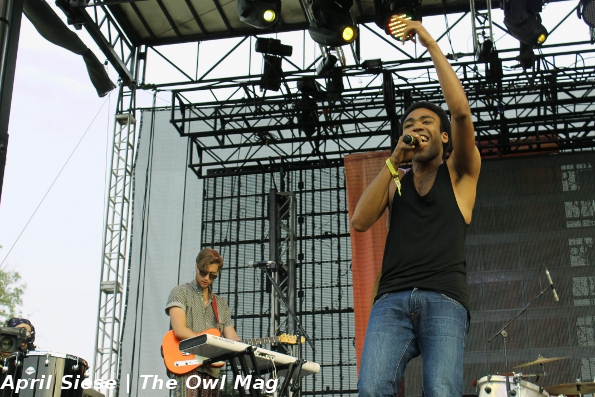 Childish Gambino
Another standout artist who took the Which Stage as the sun was yet to set was the ultra-hyped Childish Gambino. The hip-hop superstar marked his second year in a row at Bonnaroo with intensity, opening things up with the singalong crowd-pleaser “Fire Fly” and delivering an all-too-short set that wrapped up almost fifteen minutes early. Diehard fans still sang the praises of Gambino, but many felt cheated given the recent trend of artists more than exceeding their required times. 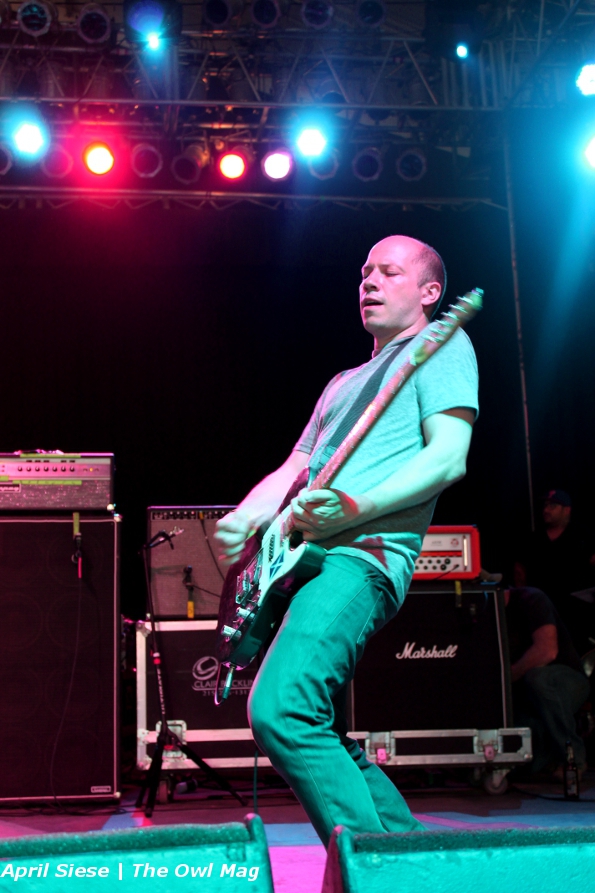 Mogwai
A surprisingly fun performance came from a few stage antics and the ethereal grooves of Scottish band Mogwai. Their set started out with a faux security guard on a power trip attempting to change everything from your vocabulary to the names of each stage and tent within Centeroo. Though the safety vest-clad “officer” may have predicted the end of your relationship, the impending set from Mogwai started on a high note with the engrossing “How To Be A Werewolf” and carried on from there.

After sampling the many awesome food options (no joke, Crif Dogs were the best!) and trying a few beers (highlights include Magic Hat’s Elder Betty, Asheville Brewing Company’s Ninja Porter, and both offerings from Schlafly) it was onto the headliner: Red Hot Chili Peppers. Their set on the mainstage was a dream come true to most fans with no stone left unturned in their discography. Everything from their breakout cover of Stevie Wonder‘s “Higher Ground” to “Can’t Stop,” and “Suck My Kiss.”

Though Red Hot Chili Peppers may have been the headliner, the hits continued long into the night with an all-star Superjam organized by The Roots‘ ?uestlove, dubstep party jams from Skrillex, and an amazing midnight performance from the legendary Alice Cooper.

Check out even more badass photos here! Check out our LIVE REVIEWS of Day 1 and Day 2!