In its third year The Beach Goth Party upgraded to a bigger set up with an even bigger line up than years past. The Growlers once again brought aboard plenty of artists to watch and a ton of activities to partake in. The layout of this one day festival consisted of both The Observatory as well as the smaller Constellation Room, with the main stage occupying what is usually the venue’s parking lot. 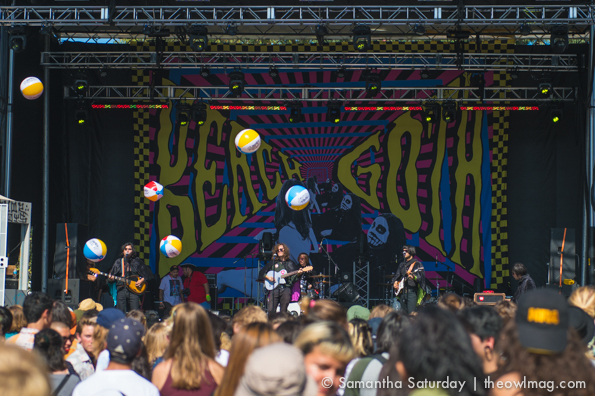 Early in the afternoon, the delightful sounds of French psych rockers La Femme filled the afternoon air as many made their way into the event. Amidst all the carnival attractions the group stayed poised and polished, impressing those of us who had not heard them before. 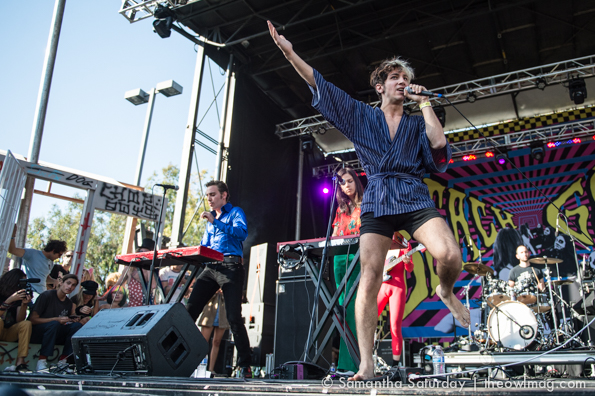 As Foxygen set up next, the main stage could be seen quickly filling as many tried to make sure they had a good view of Sam France and co. As Foxygen blasted through their first song, it became evident that France’s mic was not working properly. That didn’t hinder the band for one second as they continued playing with no vocals as their leader danced around stage occasionally checking to see if his mic was working again. This matter was fixed by the second song and by the end of their set one could barely remember the minor hiccup. The only memory remaining was of how amazing Foxygen is live, leaving it all on stage. 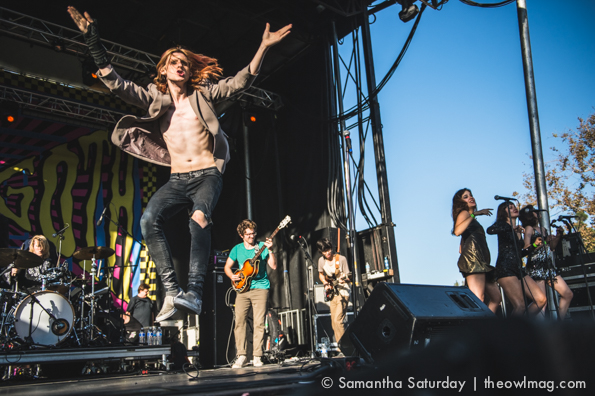 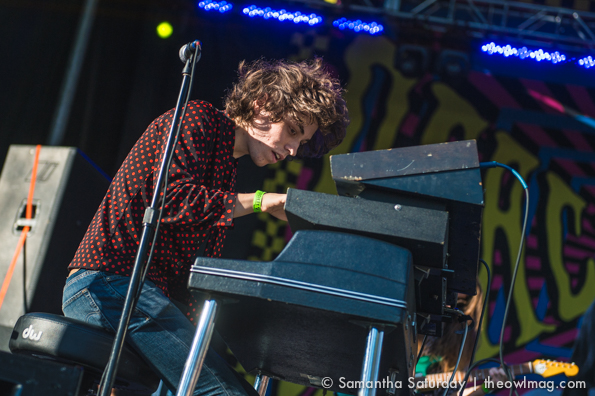 Beloved Southern California natives Joyce Manor followed and their perfect medley of pop punk jams were probably the only band that could follow a performance like Foxygen. The band played a majority of songs off their latest album Never Drunk Again, also mixing in a couple of older jams. It was no surprise that a friendly mosh pit would occur during their set, with both male and female taking part. 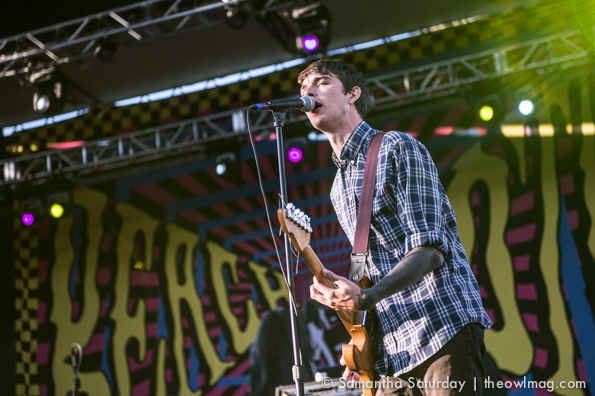 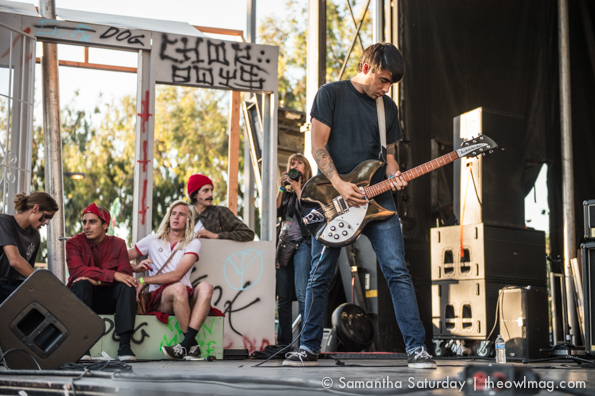 As we attempted to make our way into The Observatory, it immediately became clear that the festival was not as organized as it seemed. Many of the security guards were not on the same page as they guided traffic one way, while others told you to turn around and go back the way you came from. After climbing through an endless sea of people we finally made it into The Observatory. Tijuana Panthers were setting up on stage as the big venue filled to capacity and beyond. The Long Beach surf rockers dressed as burglars took to the stage bassist Dan Michicoff announced, “We’re burglars! And we’re here to steal the show!” The trio launched into their surf rock jams, prompting everyone to began dancing. The band played a rather long set, with a good mix of songs from all three of their albums. The best part of their set was seeing all the smiles on people’s faces as they danced around shamelessly. 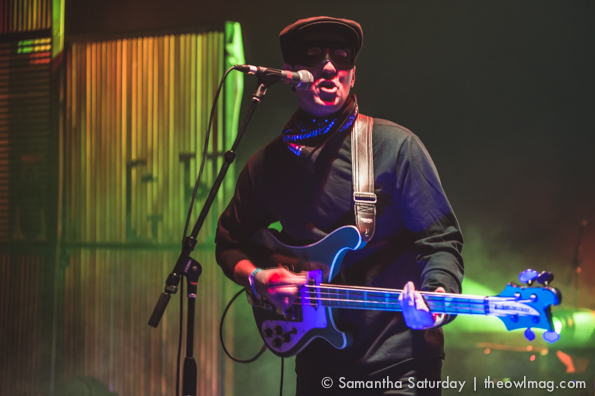 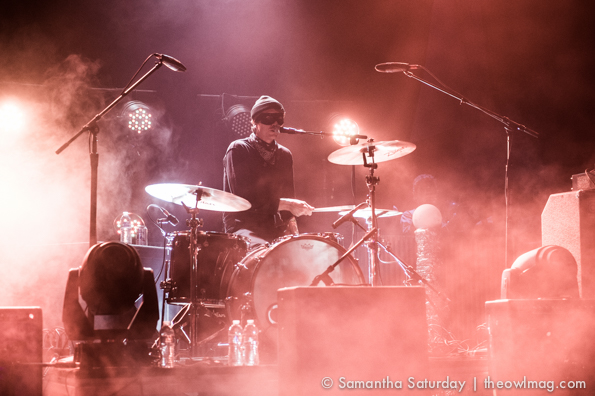 Our attempt to enter the Constellation Room turned out to be a big fail as we couldn’t find a single inch to squeeze into. We made our way outside to catch the tail end of The Drums, who had quite the turn out. By this time many had decided to keep their spots in front of the main stage. 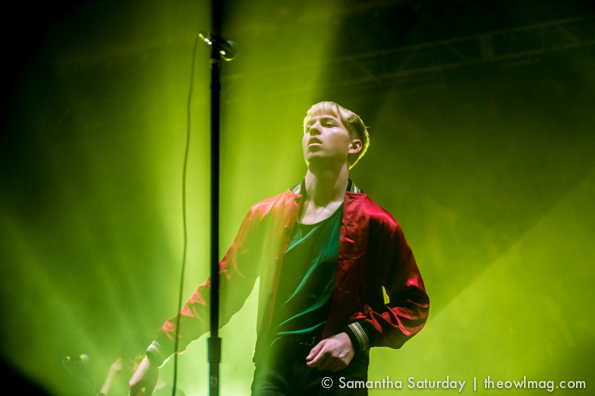 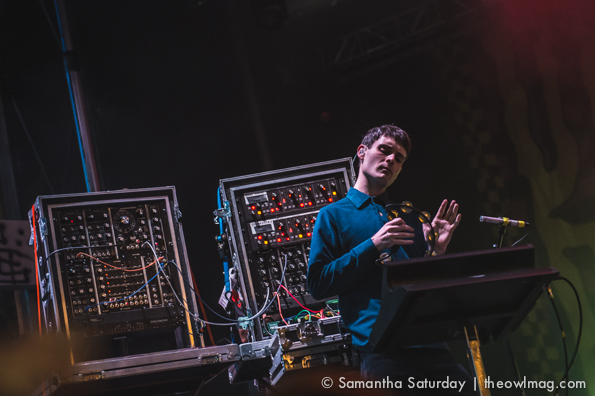 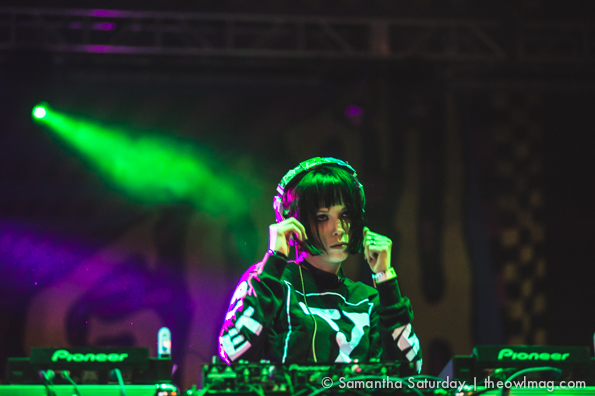 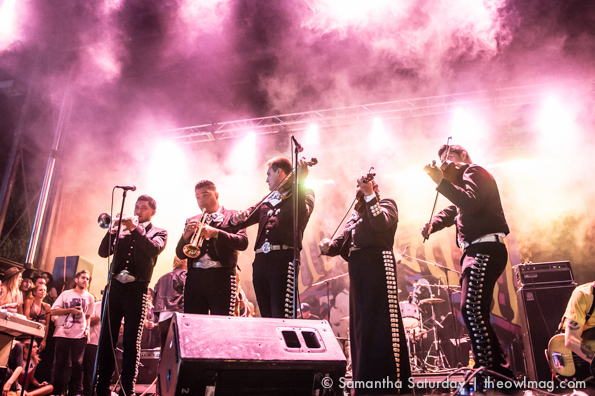 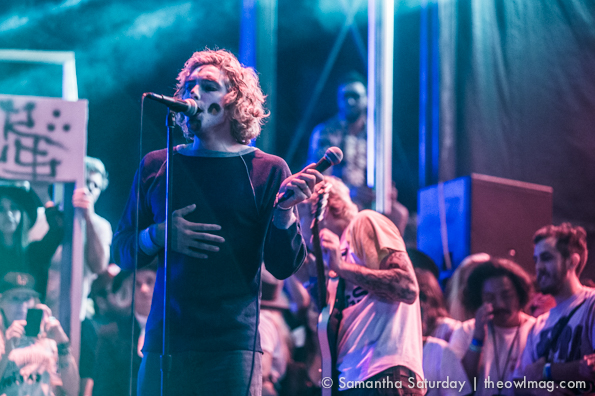 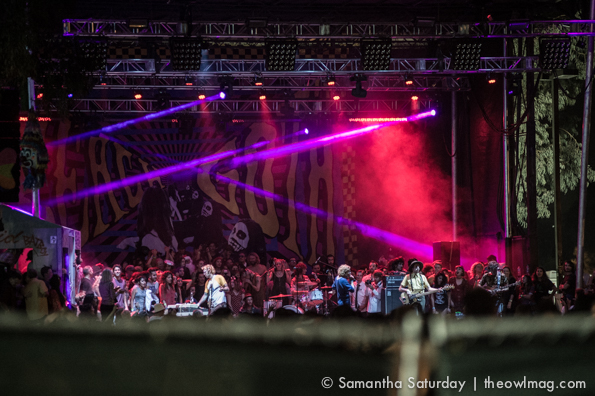 After a brief DJ set from former Crystal Castles frontlady, Alice Glass, The Growlers took to the main stage. It was almost as if everyone attending had made their way out to catch their set. The group, who calls Costa Mesa home, put on a fantastic performance of epic proportions, playing a relentlessly precise set, showing off all their years of experience. All in all a great day of music and fun, one could only be left to wonder how much bigger and better it will be next year. See you soon Beach Goth! 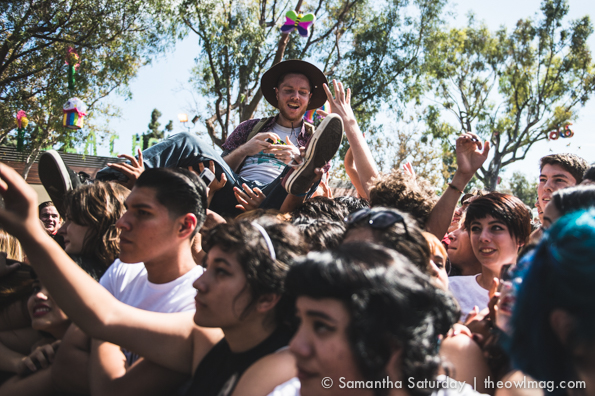 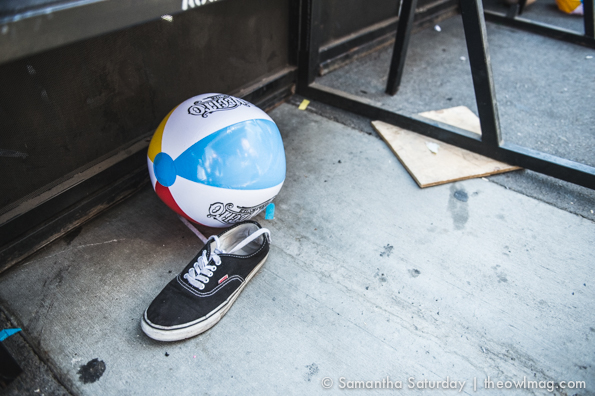 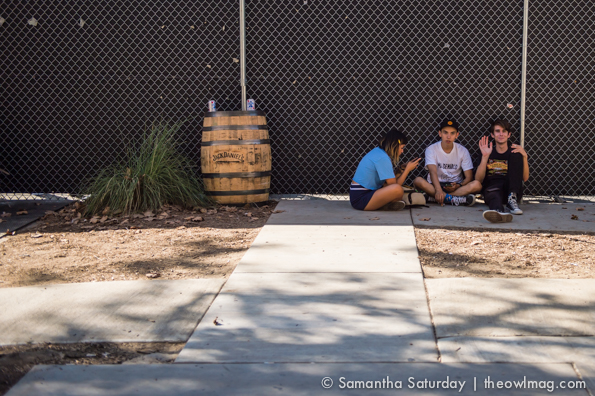 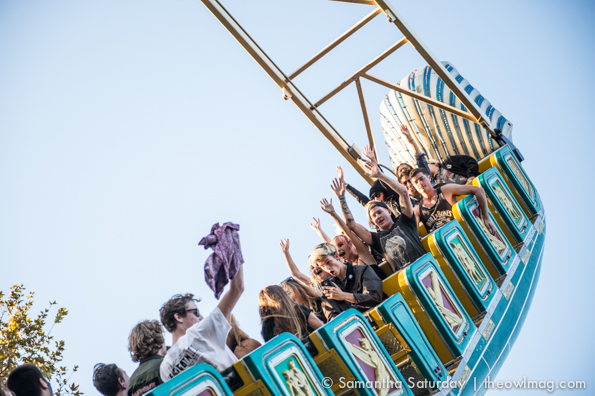 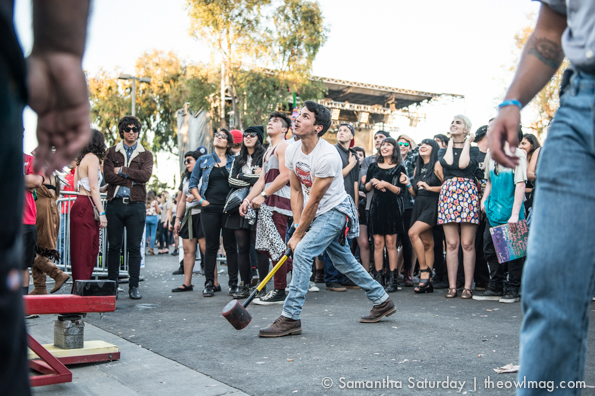 Check out our full photo gallery of Beach Goth HERE!