As the sky darkened and the clouds broke, another day of Austin City Limits Music Festival began. Taking the Honda Stage during a slight drizzle was Canada’s City and Color, who brought with them the perfect rainy day soundtrack. Their mellow alt country grooves perfectly transitioned me to Iron and Wine’s set at the AMD Stage.

Though Iron and Wine is also a mellow band by nature, I felt the sound quality was partially lacking compared to City and Color’s set at the Honda Stage. After half an hour of only slightly being able to hear the band, I headed to the main stage for Alison Krauss and Union Station’s set. Aside from killer bluegrass jams and Krauss’ ethereal voice, the real treat was guitarist Dan Tyminski leading the band through hits from 2000’s O Brother Where Art Thou? soundtrack. 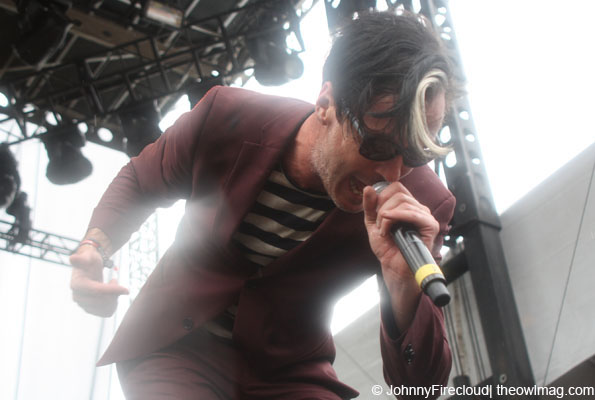 The rain continued for the start of Fitz and the Tantrums’ set but the cool drops were much needed for a band that truly got the audience dancing. I first saw Fitz and the Tantrums at last year’s Voodoo Fest in New Orleans where they may have played to 30 people or so. After covering the Eurythmics’ “Sweet Dreams (Are Made of This)” and powering through hits from their critically acclaimed Pickin’ up the Pieces, we were instructed to get down, quite literally. “News 4 You” began with those around me stopping their dancing and crouching on the ground, going so far as to help pull other fans down with them.

Looking ahead to the stage and turning to the far reaches of Zilker Park, it seemed that 20,000 or more people had taken Fitz’s cue, proceeding to completely rock out over a song that was dedicated to all the pissed off people. I can’t think of a more constructive way to get rid of rage. To find a band a year later with the musical prowess to do that to an audience is truly gratifying.

Before heading to see Cee Lo and Cut Copy, Wanda Jackson’s singing stopped me in my tracks. The Queen of Rockabilly did a few Elvis covers before retelling how Jack White had revitalized her music career, playing a few songs from 2011’s The Party Ain’t Over, including her bewitching cover of Amy Winehouse’s “You Know I’m No Good.” 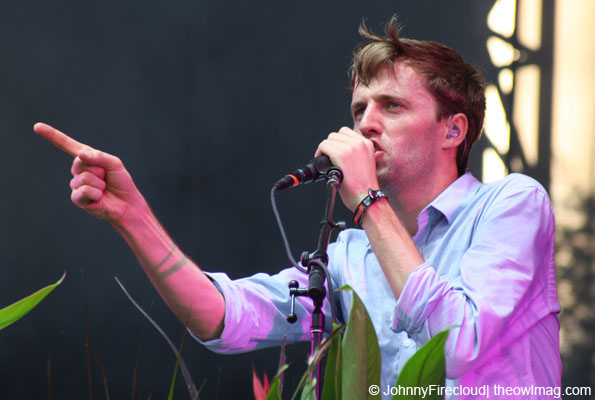 Cut Copy’s set at the AMD Stage was mystifying as the crowd bopped along to their electropop grooves. Some of the synthy melodies made me feel like I was in a Eurovision contest but aside from the inherent cheesiness of a few effects, Cut Copy’s set blended quite well. Many fans streamed in and out though, no doubt hitting up the many strong artists who also had a 7pm time slot. 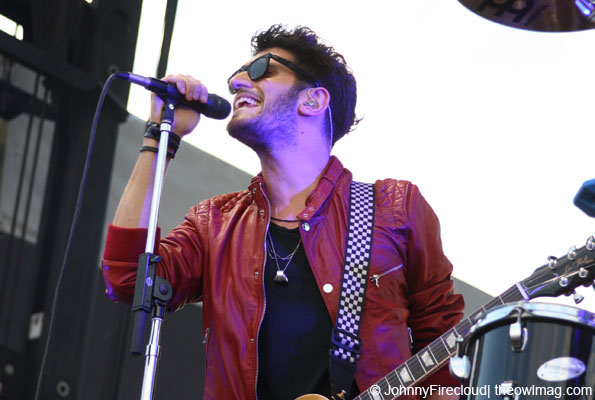 Taking a cue from them, I wandered over to Chromeo for a bit. Chromeo was slightly similar in their energy, which makes sense given their remix of Cut Copy’s “Future.” The band was surprisingly soulful and definitely playful, grooving through a relatively comprehensive catalogue of their music spanning three albums.

I had just enough time to catch the end of Cee Lo’s set by the time I finished my transfixion with Chromeo. Saturday really was the day of covers. Half of the artists I ended up seeing paid tribute to other musicians including Cee Lo launching into a hilariously awesome version of the Pussycat Dolls’ “Don’t Cha.” 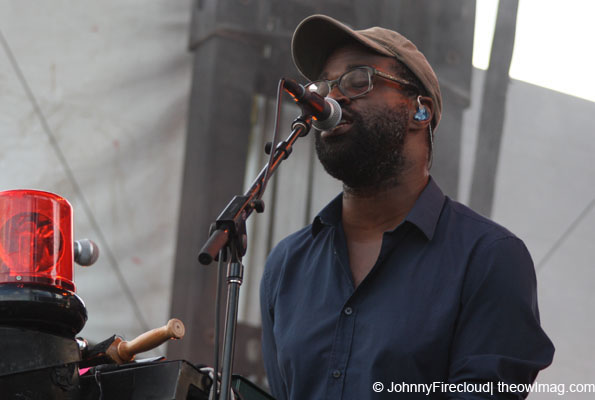 Soon, it was off to the Google+ Stage for seriously super group TV on the Radio. The band draws from almost every influence imaginable, cycling through jazz fusion with hints of chamber pop to neo soul and indie rock in the span of a song. 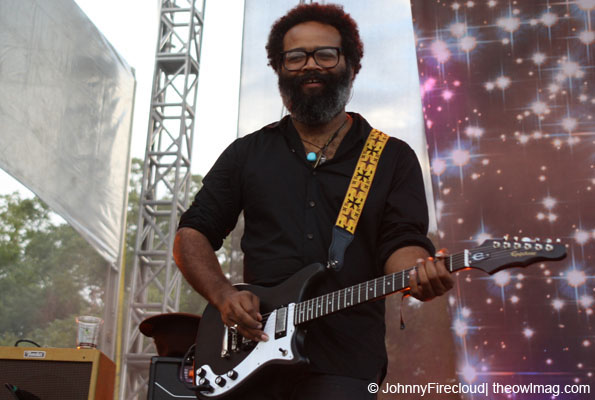 By this time the rain had completely let up while TV on the Radio stayed with their cool grooves. For a band that seemingly takes up the whole stage and then some, the sound was impressive; plenty loud and mixed delicately. 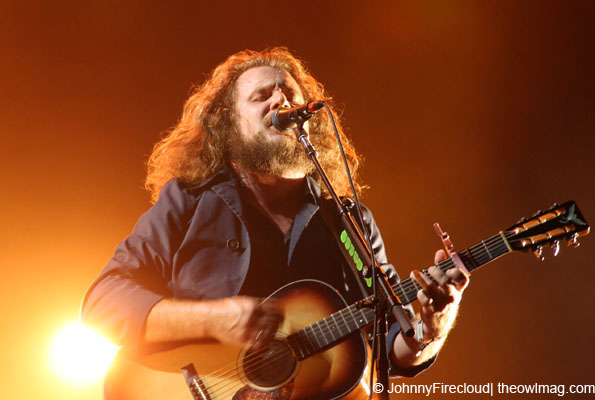 For the evening’s headliners, as most fests do, ACL had two square off with My Morning Jacket getting the incredibly short end of the stick against Stevie Wonder.

Though the few songs I did hear from MMJ were solid and rocking, my natural instinct was to go for Stevie Wonder. Though only 61 years old, Stevie’s been in the game for 50 of them and his professionalism and musicality showed throughout the set. Playing such hits as “Superstition” and “My Cherie Amour”, the audience sang along, clapped and danced for seemingly miles. Surprisingly, it took until the halfway point of his set for C3 (the company that puts on the fest), to get with it and turn up the volume of his set.

Being that I didn’t camp out at the main stage the whole day, I was probably in the middle of the crowd a quarter of a mile away from the stage. Really, there were that many people; people who got incredibly impatient with the lack of speakers near us. All those noise issues were to be forgiven when Stevie Wonder went over his set time and sang a fiery rendition of “Fever,” closing Saturday on a high note.