Day 1 of the 10th Annual Austin City Limits Music Festival may have started late for me but it was anything but short. Taking the main stage at 4:30 was OutKast’s crunker half, Big Boi. 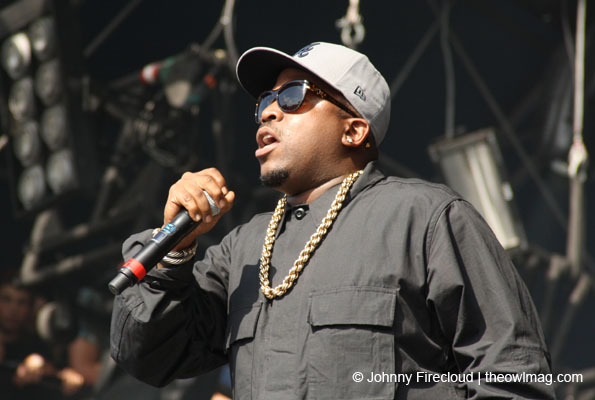 The last time I tried to see Big Boi was at Outside Lands, where he ended up not even performing at all. Needless to say, I wasn’t expecting much when he took the stage but felt almost vindicated by the time he left. Running through the biggest hits from OutKast as well as new songs from his solo debut, Sir Lucious Left Foot: The Son of Chico Dusty, Big Boi was deft in his rhymes and quick with his feet, working the stage to the its absolute limits. 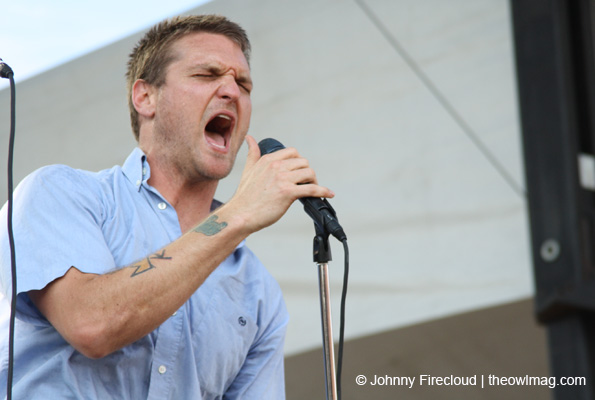 I managed to stop by Cold War Kids’ set at the Honda Stage and catch a few songs, including their big hit, “Hang Me Out To Dry.” The sound was impressive, given how near other stages were. As soon as you crossed a little bit past the beer vendors, all noise from the nearby Austin Ventures Stage became muffled as the Kids grooved through the late afternoon heat. Foster the People was next for me at the Google+ Stage. 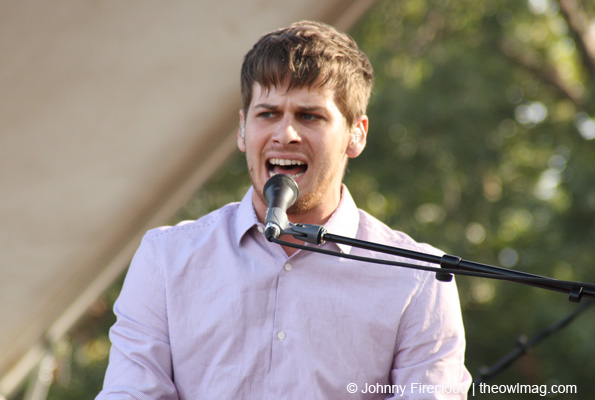 It could’ve been the sheer amount of people, movement, and talking but the Google+ Stage seemed to stay relatively quiet until the blinding Bright Lights took the stage. Foster the People played well and even adapted some of the slowed-down grooves of The Hood Internet’s mash-up as they played “Pumped Up Kicks”, but many festivalgoers probably weren’t attentive enough to hear it. 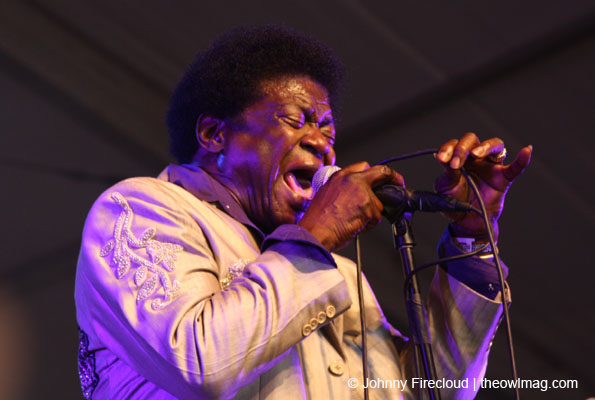 A stage that really had the right idea on setup was the Vista Equity Stage. Covered by a tent, yet still very cool, the setting was perfect for the soulful Charles Bradley. The Screaming Eagle of Soul and his band played a masterful set, covering Neil Young’s “Heart of Gold” as well as hits from his debut, No Time For Dreaming. His James Brown medley was hot; as Bradley gyrated and danced, the audience took his cue and also boogied. 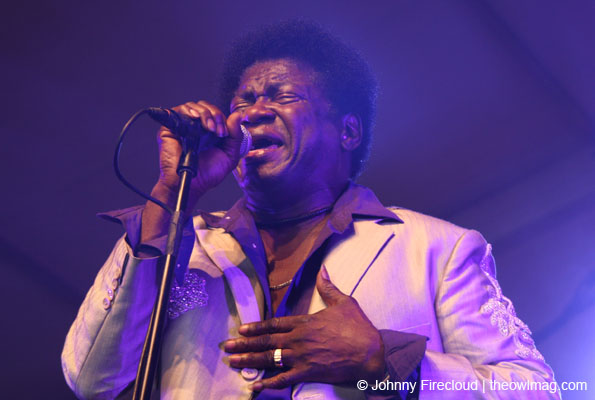 That kind of funk shares its roots in what Nas and Damian Marley were playing at the main stage. As the sun was setting, the duo rapped and grooved through an effortless reggae set. With the cover to Distant Relatives as the backdrop, the duo mixed hip-hop and reggae in an effortless flow of words and rhythm. 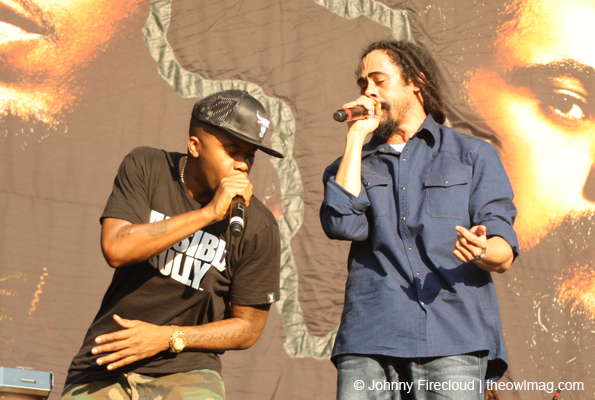 I finally had my first meal at ACL from Wahoo’s Fish Tacos. Despite the ridiculous name, the blackened fish tacos I had and the chicken taquitos (with queso) were pretty good! Then it was back to the Vista Equity Stage for the legendary Mavis Staples. 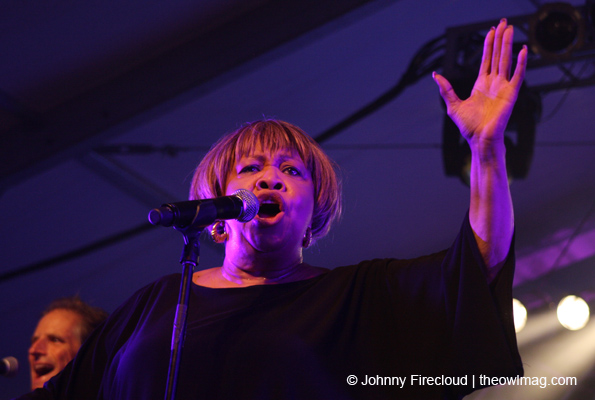 As Mavis says, she and her family have been in the business for over sixty years; they’ve helped inspire artists and change the very foundation of music. Staples shows no sign of stopping either, powering through a wide variety of material and ending her set with the Staples Sisters hit, “I’ll Take You There.” 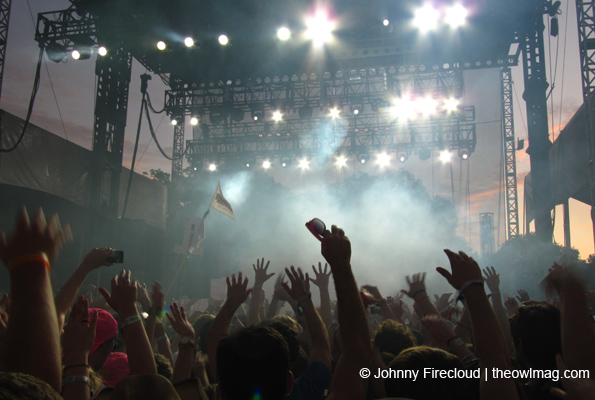 The night soon took me to the main stage for the main event, Kanye West. I know he’s an asshole; hell, he does too, as he led us in a toast to them at the end of his set but damn, does he put on a good show. 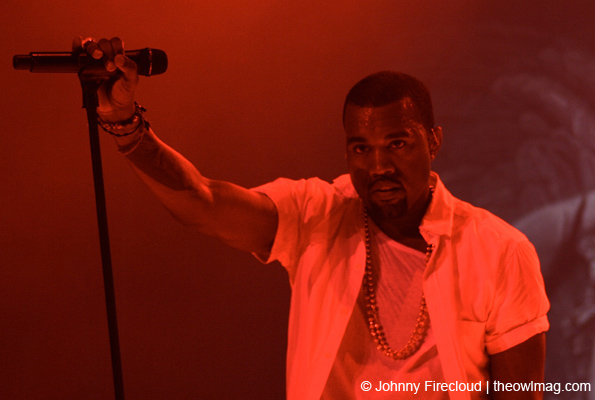 Complete with Grecian backdrop and an army of dancers, Yeezy cycled through three acts, sprinkling past hits with new material, including the epic “Runaway.” By the time his set ended, he’d gone over, started “All of the Lights” over once, thanked his entire stage crew and still tried to “talk his shit.” 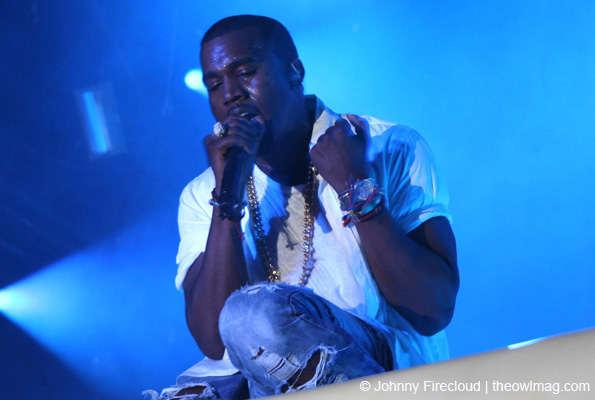 Leaving ACL, I headed straight to La Zona Rosa for the first aftershow of the fest. Chiddy Bang got the crowd dancing with songs like “Here We Go” from their Preview EP. The duo was tight, with drummer Noah Beresin legitimately announcing songs and repping the artist who’ve helped Chiddy Bang take off from their college years at Drexel.

The night ended with a spectacular set from Skrillex, including massive amounts of strobe and just as many pool inflatables to throw around. Fans could be seen carrying beach balls and pool floats after the show as souvenirs of a great first day.