As I walked into the Troubadour on Friday night I cursed the I-5 traffic into Los Angeles that caused me to miss all but one song by opening act Newman Wolf. Generally, I am not terribly interested in watching one guy on a stage fiddling with a laptop, but I would consider making the trip out to see him again if he performed in my area. 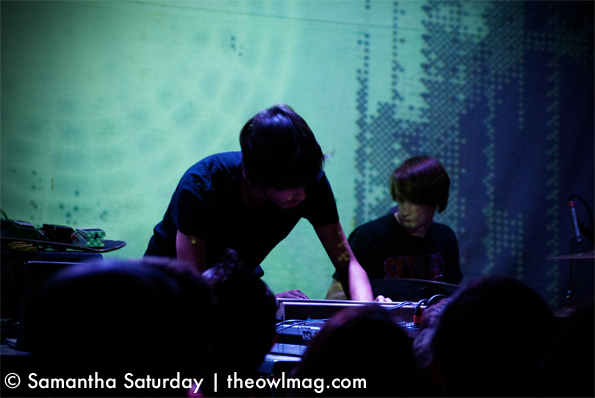 Starscream
Following the one-man act was New York City trio Starscream, consisting of guitar, drums, and an electronic soundboard. Throughout their set I was reminded of an instrumental group from back in the day called Camera Obscura (no, not the one with the cute Scottish frontwoman), but with an added twist of electronic blips, beeps, and buzzes. Starscream’s brand of chiptune is a touch moodier than most, but it’s a welcomed change of pace for ears that have been overloaded with sugary electronic anthems. 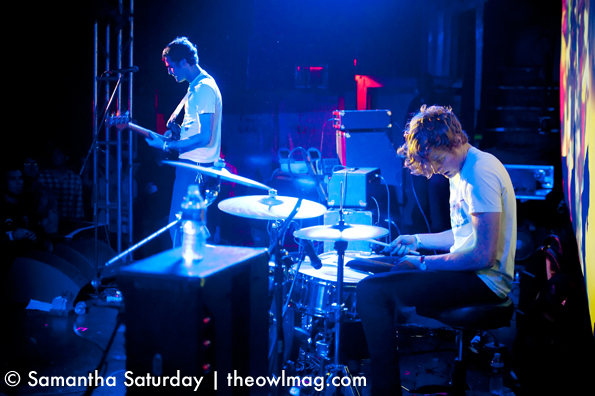 FIDLAR
Native Los Angelenos FIDLAR were a bit of a digression from the other bands on the bill, but were nonetheless phenomenal – one of the best performances I’ve seen all year. No electronics were present in their arsenal, but that didn’t stop the crowd from jumping around fervently to their crunchy surf-rock stoner jams about Echo Park, Playstation, and King Burrito. 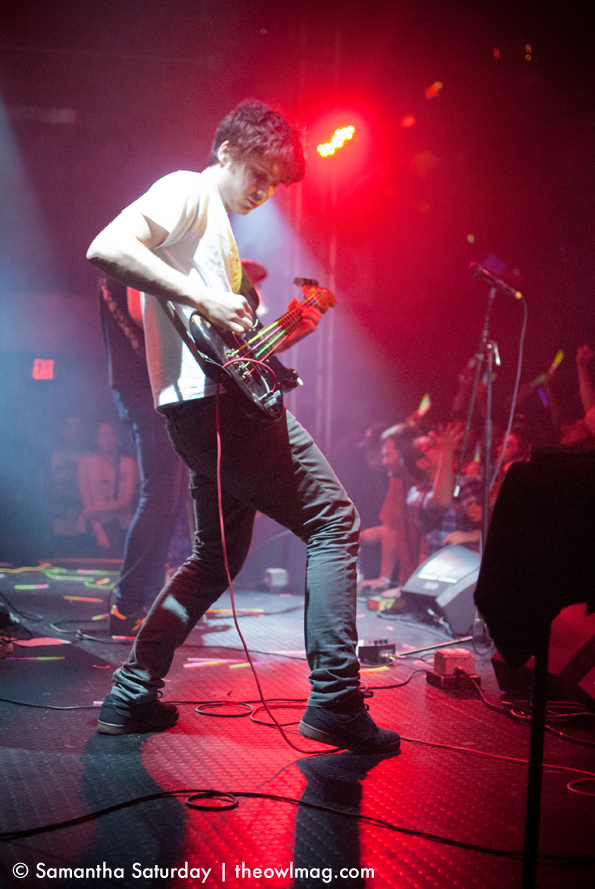 Anamanaguchi
The aural high that FIDLAR brought to the crowd didn’t have any time to wear off before Anamanaguchi stepped out onto the stage. With a backdrop of 8-bit animations (including Furbies, ice cream cones, cats, and pizza), the band threw enough glow sticks into the crowd to constitute a rave and wasted no time powering up. I’ve never seen such a harmonious coalition of hipsters and videogame nerds in my life and it was a beautiful thing to witness. 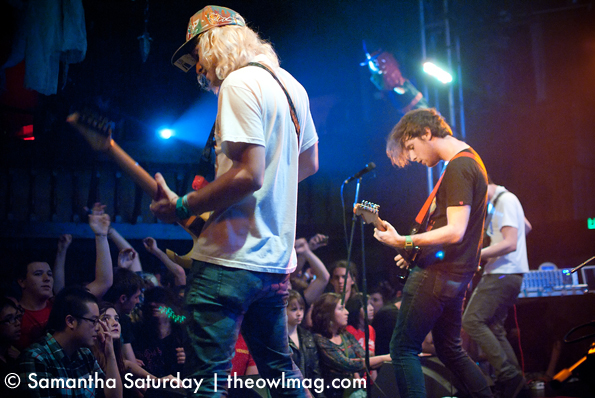 Anamanaguchi
Although I am not an avid gamer, songs like “Airbrushed,” “My Skateboard Will Go On,” and “Mermaid” brought back memories of the days when I would play Super Mario Bros. on my brother’s Nintendo and have the in-game tunes stuck in my head all day. My guess is that I wasn’t the only one driving home that night on a glorious 8-bit soundtracked nostalgia high. 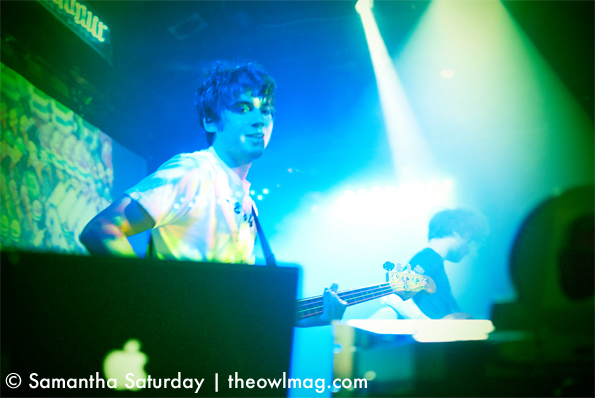 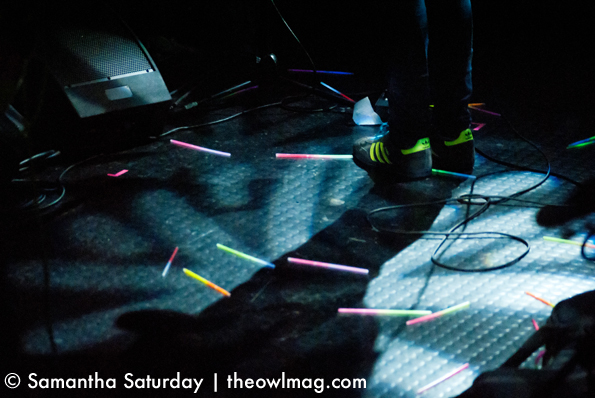 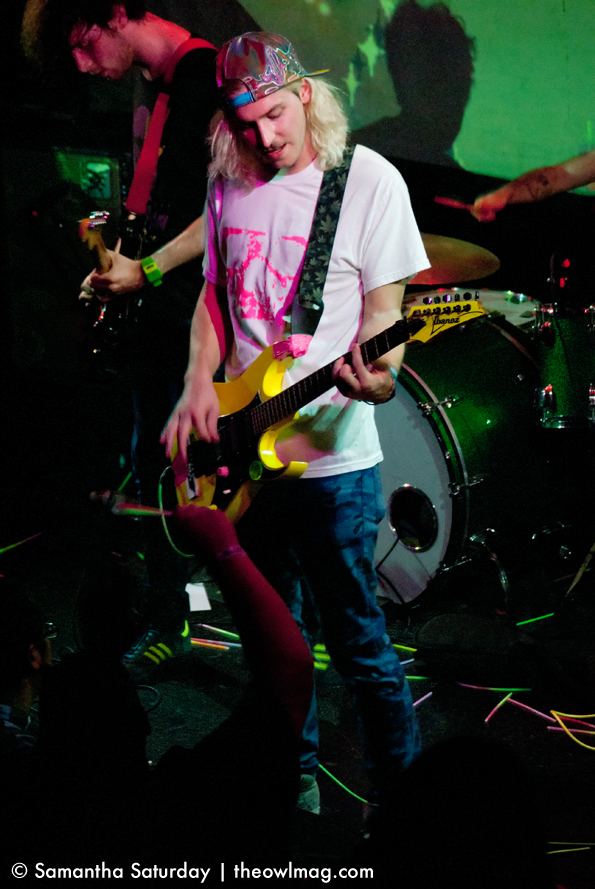 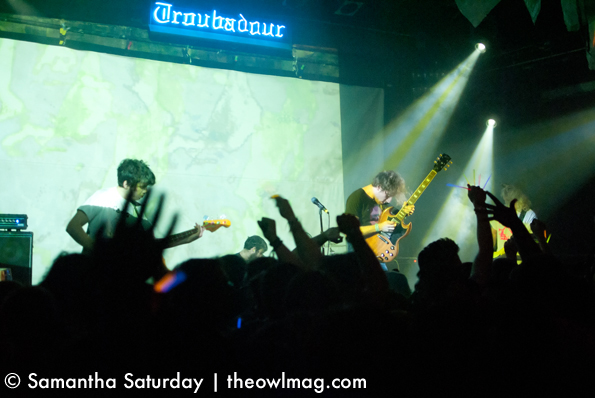 Click HERE for more bitchin’ photos of all three bands!