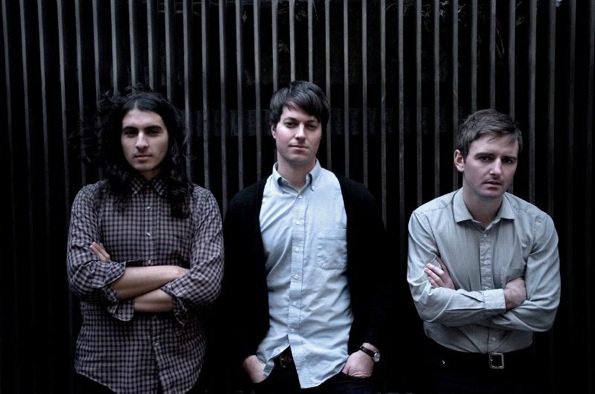 The California Academy of Sciences is getting ready to shake things up on Thursday, May 31st with the NightLife “80s Quake Party.” All things seismic will be explored and, as always, Noise Pop will be providing the soundtrack for the night with performances by Weekend and Violens. San Francisco locals Weekend are so adept at amassing huge, sensory, titillating sound that is fraught with complexity and subtle nuances. At first blush, Weekend’s sound appears heavy and overwhelming, but the end product always feels nimble and strangely approachable. The hazy vocals of Brooklyn’s Violens has a way of washing over you like a warm golden glow in a way that feels otherworldly. The mystical three piece band, who recently released their second album True on May 16th, have slightly altered their musical approach and traded in the ’80s-influenced sinister synth-pop aesthetic for early ’90s shoegaze blurriness. The combination of these two Slumberland Records siblings on one stage at the Academy of Sciences is sure to have the crowd reverberating with glee.

If you’ve never been to NightLife at the museum, don’t miss this opportunity to win a pair of free tickets and experience an amazing pairing of bands, the museum’s newly opened earthquake exhibit, and the Shake Table earthquake simulator. Just leave us a comment sharing your most memorable earthquake experience for your chance to win. Contest ends 5/30/12.