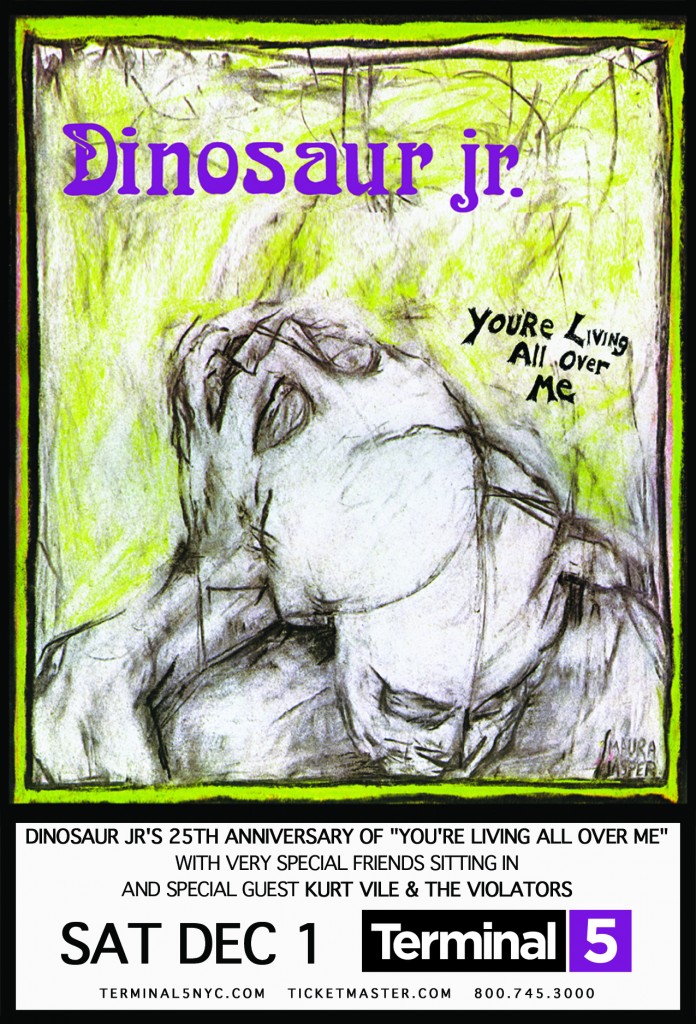 Terminal 5 is hosting Dinosaur Jr.’s bash celebrating the 25th anniversary of the release of You’re Living All Over Me circa 1987. The band will play the album in its entirety while featuring special guests such as Kurt Vile online casino and The Violators and Sonic Youth’s Kim Gordon.

Don’t be fooled by their name – these veteran rockers aren’t old dinosaurs. The band’s most recent album, I Bet On Sky dropped in September. It”s the original trio’s third record since reuniting in 2005.

For your chance to win a free pair of tickets to the show, email us at contests@theowlmag.com, give us your full name, and put “Dinosaur Jr. @ Terminal 5, NYC” in the subject line. Good luck!

If you”re not into pressing your luck, you can always buy tickets here.