FREELOADER FRIDAY: 15 Free and Legal MP3s to Kickstart Your Weekend

Every week we send trolls out into the world to bring back the finest music we’ve never heard. This week the trolls were extremely busy as we have a whopping 15 tracks that you can download for the cost of air. 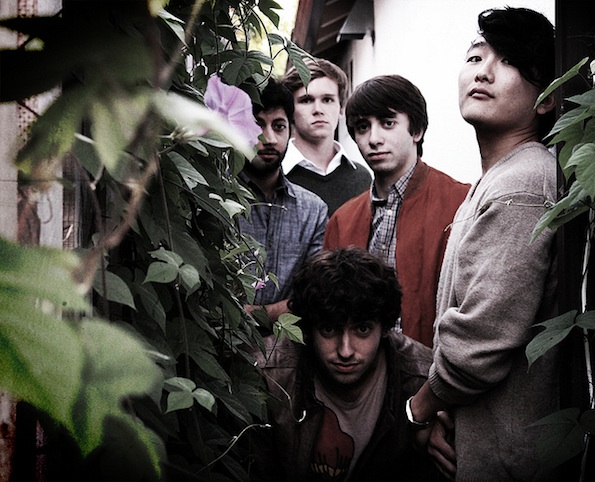 Tonight if you’re in San Francisco you can catch this Vampire Weekend sounding outfit Coast Jumper playing on Polk street at Kimo’s. If that’s greek to you or you’re not in San Francisco, just download the whole album below for pay what you want, then thank yourself for making the wisest choice you’ll make this weekend. 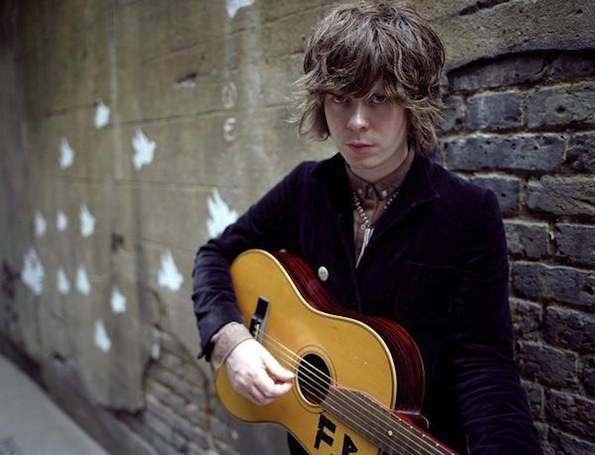 The floppy haired fella pictured above is Fionn Regan, and yes, he is Irish. He’s a sappy soul, delivering stories from a voice that will make most women melt. After listening, I’d love to check out his recently released “100 Acres of Sycamore.” You will to. 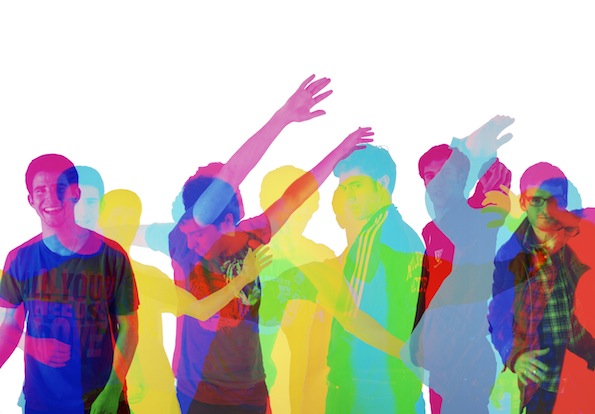 Let’s all admit it. “Pumped Up Kicks” has been a great song from Foster the People this summer, but we need some anthem to bring us into the fall season. We also need a song that makes us lose control of our limbs and dance in public. Y Luv seems to be that kind of band with that kind of song. Unfortunately, the only song out currently is this gem. 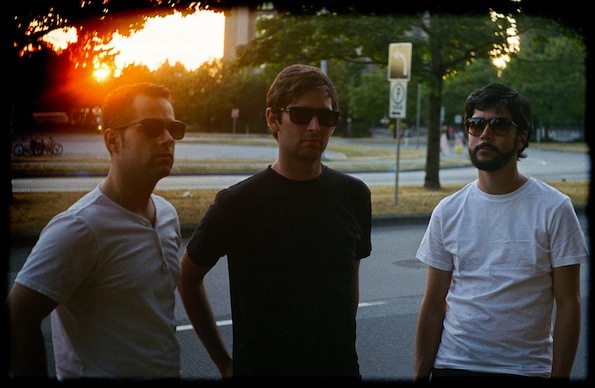 I really don’t “get” music that sounds like it was recorded badly in 1950, but I know others do. This is Shimmering Stars. 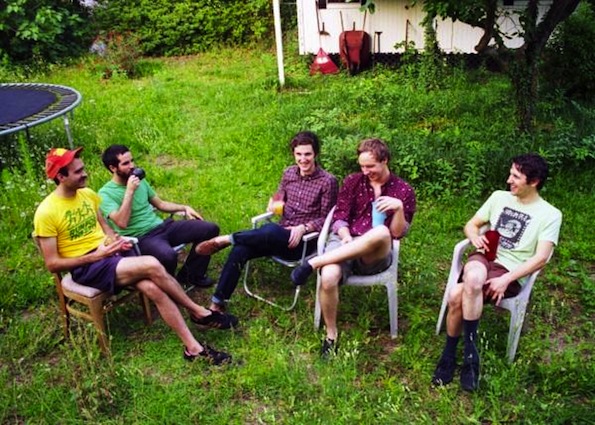 Holiday Shores look like they are extremely comfortable after a day of trampoline activities and yard work. We’ll call this genre trampoline-pop, unless you can think of something better. 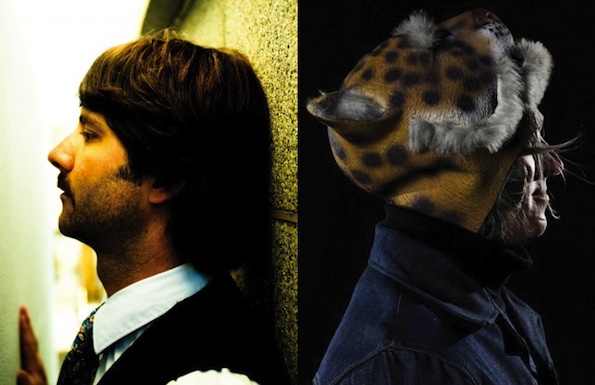 AM & Shawn Lee are a couple guys you look at and you don’t really see groove, but yet they deliver one helluva one with this catchy tune. Hell, there might be unique, non-stereotypical music coming out of Los Angeles these days. 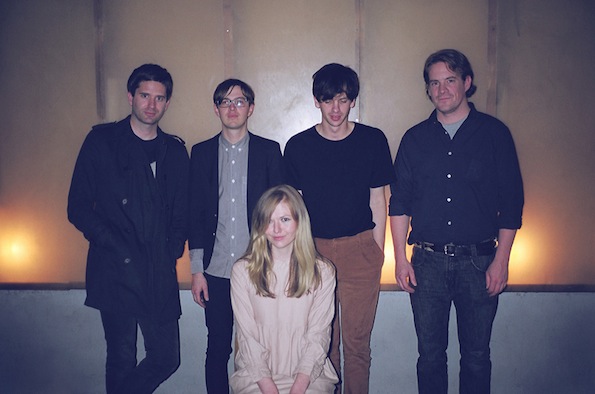 No band or sound could ever replace my dear Lykke Li, but while we await yet another release from the Swedish indie princess, I urge you to take a listen to Still Corners if you’re into that intoxicating female vocal. 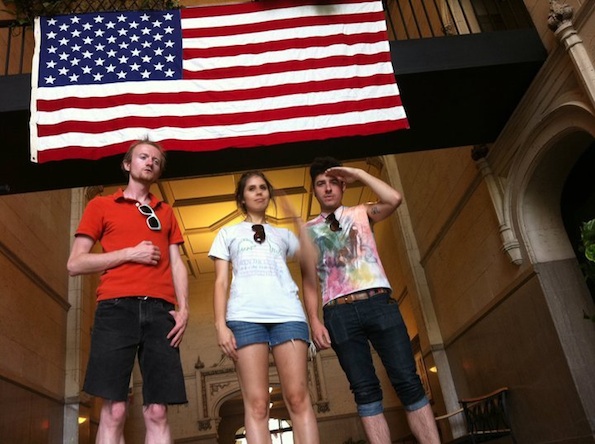 Alligator Indian out of North Carolina seems like a nice enough crew. They hit us up through our Twitter to tell us about their recently released EP Football. Check out their playful track “Honey Eye Bee Leave Ewe.” 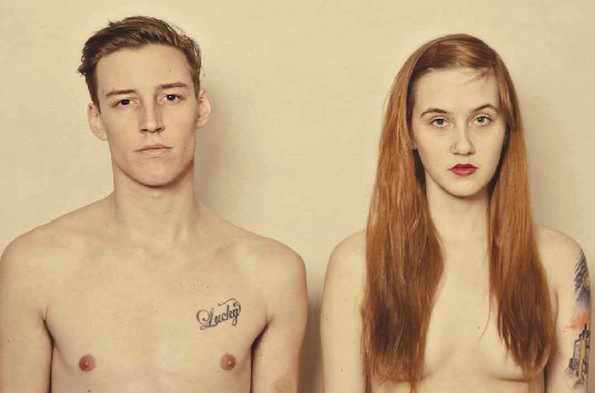 Library Voices sure aren’t wearing any library clothes. It’s actually misleading considering their ditty “Travellers Digest” leads us to believe that they do a fair bit of traveling. They’re probably gonna need some clothes. 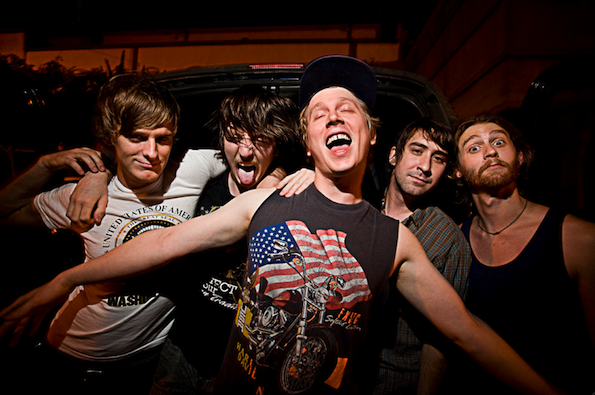 If you haven’t recognized the changing of seasons happening yet, I hate to be the bearer of bad news. So forget I said anything and keep your party going with Turf War and the rowdy “Summertime Booze.” 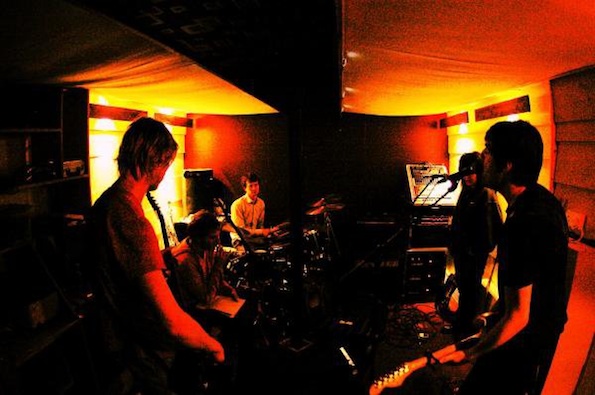 There is an alternative god somewhere in the United Kingdom. With the passing of emo bands like Sunny Day Real Estate and experimental-alternative tuneage, it’s nice to see that Sheffield, England-based Firesuite is trying to bring some of those good old days back. 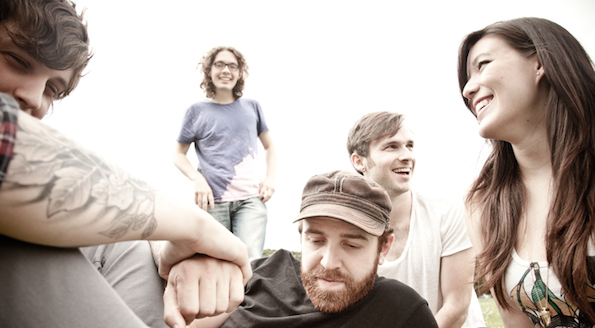 Said the Whale is about to embark on their second US tour, coming all the way from Canada, eh! I imagine that a live show of theirs would involve a little swaying, a little singing, and that warm fuzzy feeling you get after you see a group of crafty songsters. 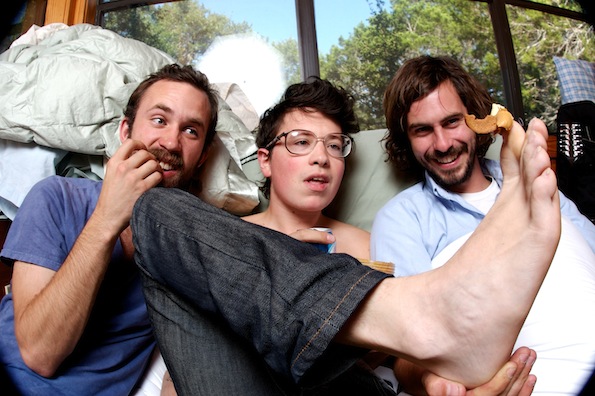 It’s real hard to imagine these guys throwing down some music that might make Rick James or James Brown wince, but White Denim (pictured) comes with the funk and soul that hasn’t been heard from white people since Rick Astley. 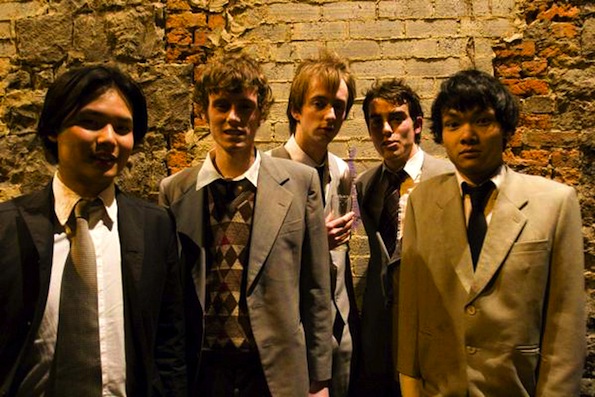 Something weird is happening in Australia. Every single week I get new music out of koala and kangaroo country, and this one is no different. Little Red from Melbourne are about to release their first album Midnight Remember on October 25th. This is actually one album I’ll be hunting down the vinyl for. 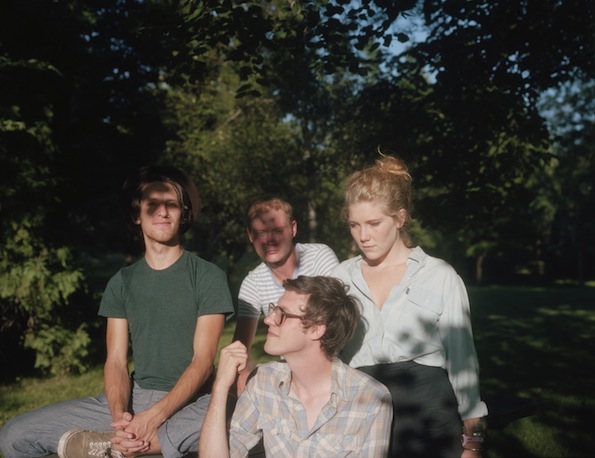 Caroline Smith has an unmistakeable voice. You’d think with a drawl like that she’d be from someplace southern, like Texas or Alabama. But alas, she hails from Minneapolis where she and The Good Night Sleeps have just released their sophmore album Little Wind. 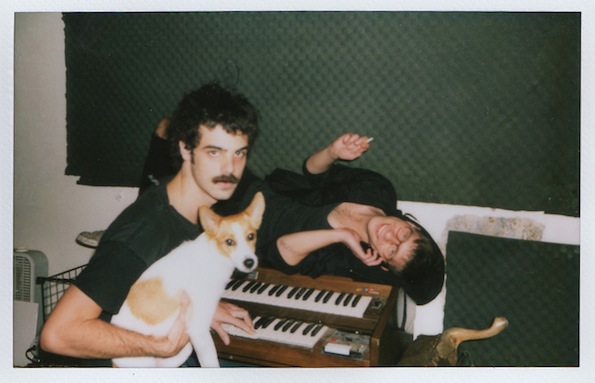 Gauntlet Hair is yet another duo that is able to create a full on ruckus of sound that is coming out with an album soon.