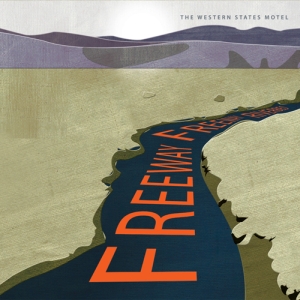 Listening to the latest single “Mid Century Modern Chair” from The Western States Motel my first thought was, if Josh Schwartz was still making The O.C. he’d totally have used this song. The sound is undeniably reminiscent of The Dandy Warhols and Phantom Planet, and it turns out that The Western States Motel were indeed featured on the show back when it was still around! But it’s been a few years and now Carl Jordan, the LA-based musician behind The Western States Hotel brings us his second full length album, Freeway Freeway Riverbed out today. Jordan’s compiled nine indie pop songs full of catchy bleeps and unexpected cowbell glimmers.

Even more, as a present for you since it’s the big release day, we’ve got “Mid Century Modern Chair,” the fun-filled piano driven ready for college radio cut, as an exclusive track from Firebird Field Recordings and Filter Magazine. Check it out! Bonus: if you’re in LA in the next month, The Western States Motel are taking up residence at The Roxy on November 8th, 15th, 22nd, and 29th.