The Ambient World of DOE EYE 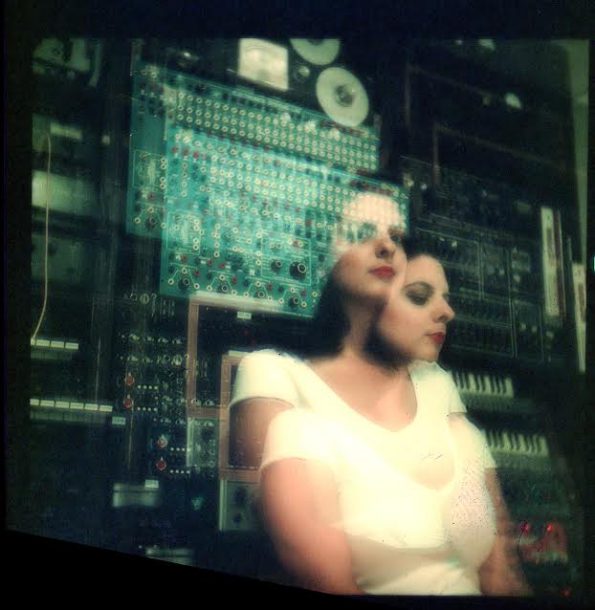 It’s been awhile since The Owl Mag checked in with DOE EYE to see what she’s been up to in life and her pursuit to continue making excellent music. So, we sat down with Maryam Qudus at Asha in Berkeley and discussed her latest project and EP, b-room, as well as her inspiration for creating ambient music, the wonderful work she’s doing at Tiny Telephone and beyond, and what the future holds.

The Owl Mag: I love the new ambient EP b-room. What inspired you to make this music?

DOE EYE:  After I released the last record [Television]. I found it really hard after playing shows all the time to just sit down and write songs again. I started to make ambient music because it is so unstructured. It was a way to inspire me and get me back in the role of making music and being creative again.

The Owl Mag: Why ambient music?

DOE EYE: Well, I think part of it was that I have been so inspired by ambient music and always have been…

[Insane jackhammering happening across the street]

DOE EYE: Isn’t it awesome that that guy is just jackhammering across the street? (laughing)

The Owl Mag: Yes, it really is. It’s great ambiance for the interview.

DOE EYE: Ok. Good. He stopped. That was so loud. I’ve been really inspired by ambient music, and I always have been. When I went to Berklee, I wanted to start studying film scoring, which is something I have always loved. Every time I watch a movie I am 50% watching the movie and the other half of me is listening to the music which is equally important to me. So, there was some inspiration that way too with my love for film scoring and ambient music, in general. This was my segue into being able to write songs again.

The Owl Mag: When you’re making ambient music, how do you know a song is finished?

DOE EYE: It was difficult figuring that out sometimes. A lot of it was done using a keyboard. I would figure out the key I was going to play it in, and then I would figure out what sound I going was to use. I started with one layer and kept going until some kind of structure was naturally created. Eventually, the piece would peak and the end of the piece would just happen on it’s own. Some songs I created arbitrary rules to get me started. For example, I would choose a random number of bars for a certain part and then refine the length based on what felt right.

The Owl Mag: What do you do at Tiny Telephone?

DOE EYE: I’m a staff engineer/producer there, I help bands make their records! Before working at Tiny Telephone, I was in the position of the artist and worked with an engineer/producer to help me craft my own records. I didn’t understand as much about recording then as I do now. It’s awesome to be on the other side of that and help somebody else carry out the vision of their music. I feel really lucky to be doing it.

The Owl Mag: How has working at Tiny Telephone influenced your own music?

DOE EYE: Oh wow! It influences my music so much. I recorded my last two records, prior to the ambient one, with people who work there. Everything about it inspires me: working on tape, the vintage keyboards, amazing assortment of instruments, the whole vibe is so great. The outboard gear has inspired me the most. I discovered the Eventide 949 and H3000 there, which are two of my favorite pieces of equipment to use. My experiences there definitely carries out into my own music.

The Owl Mag: With the ambient EP released to the masses, are you thinking about writing any more lyrical numbers?

DOE EYE: Well, I’m working on it now. I had two weeks in December where I was recording songs that I wrote over this last year. I’ve also been discovering so much new music that is inspiring me, I want to keep going and creating until I have a strong foundation of songs. I’m hoping by 2018. I’ll have a new record out.

The Owl Mag: What is some of this new music that you are listening to and is inspiring you?

DOE EYE: Well, I’ve been working on this show on Red Bull Radio. It’s called C.L.A.W. It stands for Collaborative Legions of Artful Womxn, and it’s hosted by Merrill Garbus of tUnE-yArDs.

The Owl Mag: Oh yeah, I saw that you were working with Merrill Garbus on a new project.

DOE EYE: Yeah, we’ve been working on that show together for the last year. We actually just started a new season of it. But the show features women producers, MCs, recording engineers, composers, all of it. So, part of my job is discovering that new music, so I’ve been discovering so much. Recently, I’ve been listening to Cibo Matto, and one of the women in that group, Miho Hatori, she has sent me some of her new music, and it is so good and so inspiring. There are so many MCs and rappers that I’ve been discovering. Have you heard of Jungle Pussy?

DOE EYE: So good. Um, and, I’m trying to think off the top of my head. Oh, going into the more ambient realm, I’ve been listening to the Suzanne Ciani record that is a live concert of her playing a Buchla synthesizer a lot, so I’ve been all over the map.

DOE EYE: I haven’t played shows in the last couple years, specifically, because I find it really hard to play shows regularly and then also be creative at the same time, while doing so many other things at the same time. I have mostly been taking a break from playing shows until I can get all of my music finished, and the new record out.

The Owl Mag: What is the future of DOE EYE ?

DOE EYE: Whoa! The future of Doe Eye? For me, what I want to do is continue to create music. I feel like a lot of my future is going to be trying to write music all the time and putting out new music more often, while also helping other bands do the same. I want to keep being creative and continue discovering new realms of creativity within myself and carry that on when I’m working on making records for other bands.

We can’t wait to hear and see what DOE EYE  has coming down the pipe in the near and more distant future. Check out the work DOE EYE’s been doing with Merrill Garbus on tUnE-yArDs presents C.L.A.W on Red Bull Radio here. Definitely grab DOE EYE ’s new EP, b-room, which is available on Bandcamp here.