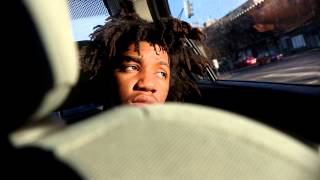 As stories of surprise releases and pesky leaks continue to flood our timelines and news feeds, it can be difficult to discover truly worthwhile new earworms. For a break from your regularly scheduled guilty pleasures, here are five songs one can be proud to have stuck in his or her head:

The partnership between The Mars Volta’s Omar Rodriguez-Lopez and Cedric Bixler-Zavala yields its most accessible project to date. Antemasque’s thriving prog punk debut was originally available on their Bandcamp back in July, but was pulled with no explanation. A proper release finally saw the light of day in November, and their next appearances will be at Coachella and, for Northern Californians, Fauxchella.

This year’s Noise Pop Festival concluded with Caribou’s pair of sold out shows at The Fillmore in San Francisco. Hearing this exhilarating cut live was one of the set’s innumerable highlights. A flute skips merrily around the four on the floor drum dogpile, arguably the best track from one of the year’s best albums, Our Love. Still not entirely sure if that vocal sample is “I put a milli on it,” or who says it. Our guess is Missy Elliott.

SF’s Li Xi are a psychedelic odd-pop quintet who released an astonishingly accomplished debut, Meet Me Somewhere, last fall. A vinyl release of the album is planned for this year. While their assiduous live performances generally veer into jam session territory, Li Xi’s straightforward songwriting chops are formidable. “Folk Shade” reminds us that sentimental ballads with anthemic hooks aren’t just for hourlong dramas that pad episodes with song montages.

He’s only got 125 Twitter followers, and his entire recorded output lasts a little more than an hour. For now. The mysterious underground MC from Illinois described his first LP thusly: “i’ve spent two and a half years dying in a dorm room. this is the result.” pizza boy. closed out his brilliant EP futility. with this glitch-hop meditation on being forgotten, scattered intentions, and home cooked meatloaf. His next LP, this is pizza boy., will be out sometime this month.

Houston retro soul outfit The Suffers are poised to have a big year, which is even more impressive considering they’ve only released four songs so far in 2015. Slinky horn solos and Kam Franklin’s brassy vocals commandeer Make Some Room’s epic final track. This is a hefty showcase for the wonderful ways in which the ten-piece band lets their grooves breathe. The Suffers play SXSW’s Music Tech Mashup alongside Gary Clark Jr., Daedelus, and others on March 17th.