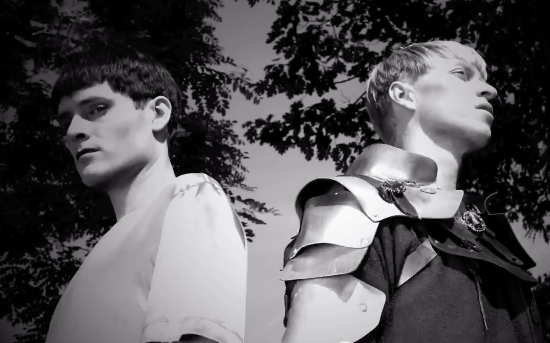 The weekend of our favorite Bay Area festival has arrived at last! In honor of Outside Lands 2015, this month’s That Song Slammin consists entirely of artists who will be performing in Golden Gate Park, along with some other hints to who we will (and you should) be checking out.

On night two of the three-day carnage Thee Oh Sees recently rained down on SF’s The Chapel, this jittery Our Love interlude was the first song played on the PA after the encore. Caribou and his band of merry men are about as likely to take a trip-hoppy detour during their Sunday evening set as they are to perform “Second Chance” without Jessy Lanza. “Dive” exemplifies the giddy anxiousness we’ll be feeling all weekend.

D’Angelo and the Vanguard – Another Life

Sure, we could get more cool points by saying “what do you mean you’ve never heard of Karl Denson’s Tiny Universe/Leon Bridges before?!” Black Messiah continues to be one of the marquee music industry releases that really delivers. The only drawback of experiencing D’Angelo in the flesh is that the prodigal balladeer will be closing the Sutro stage on Friday. Unless you camp out up front for Chet Faker around 6pm (which we recommend) or find a nice elevated position that isn’t too close to the port-o-potties, visibility is going to be difficult to say the least. That’ll give you a good excuse to cuddle with a festival buddy during show-stopping slow jams like this one.

Outside Lands 2014 had some almost unforgivable scheduling conflicts (Lykke Li vs Jenny Lewis we’re looking in your general direction), but aside from Billy Idol vs Toro Y Moi, this year’s lineup features more leeway. Cold War Kids have been Nest faves for years, but Django Django gets the “can’t miss” edge on Saturday afternoon for their ability to appease people waiting for the bass drop, the guitar crunch, or the disco synths all at once. If you can only see one, see the Djangos. If you want to see both, we recommend about 60% Djangos 40% Cold War Kids.

Panhandle stage is the closest Outside Lands gets to a cozy hole-in-the-wall club, and many of the acts scheduled there are in fact playing late night shows throughout the weekend. Friday’s Panhandle lineup includes Speedy Ortiz, who’ll be at Rickshaw Stop, and surf goth mainstays The Drums, who’ll be playing Brick & Mortar. Johnny Pierce and Jacob Graham have a seemingly endless bag full of catchy melodies and hooks that marry sunny and weepy incredibly well. The opening track from 2014’s Encyclopedia is extra summery because it reminds us of the Southern California amusement park, a destination just as desirable and exhilarating as OL.

One of the undoubted weekend highlights aside from the city-deafening “Tiny Dancer” sing along will be witnessing selections from To Pimp A Butterfly performed live for (most of us) the first time. Kendrick Lamar will be the third hip-hop act to close a main stage at OL, after Kanye West and Macklemore & Ryan Lewis last year. “Alright” is having multiple cultural moments, from closing credits song on HBO’s Ballers to protest chant in Cleveland. Be prepared for “Hood Politics” to increase the levels of uninhibited insanity Saturday night. K Dot mischievously skips concepts like small rocks across a lake, waving at gang bangers “from Compton to Congress” with one hand, zipping up his fly with the other. Unlike “Alright,” “Hood Politics” has two oft-repeated syllables that everyone assembled at Twin Peaks can scream without worrying about getting side-eyed: “BOO BOO!”

We’re still fighting back tears from St. Vincent getting a set time that is a couple hours too early given the stupendous live show she’s been dazzling the world with for the last year and a half. The bright side is that there is an increased opportunity to get a better view of Annie Clark’s dizzying fretwork and notorious android shuffle on the Land’s End stage. If she treats the crowd to her Record Store Day 2015 release (debuted in an episode of Girls), the dam holding our tears might not hold. “I don’t think the past is better… just cause it’s cased in glass, protecting us from our now and later…” Niagara Falls, Frankie Angel.

Currents has collected enough glowing reviews to firmly establish Tame Impala as Next Big Thing Lazily Categorized As Indie, yet their recent live appearances have still leaned more heavily towards the nouveau classic rock of 2012’s Lonerism. Perhaps the Australian psychedelic band is still getting their feet wet in the new material, or they’re wary of revealing a spoiler alert for how album number three ends. We’re not wary at all, especially when the brooding synths remind us of Bay Area rap maestros Ant Banks and JT the Bigga Figga. “New Person, Same Old Mistakes” could very well lure away Stans of G-Eazy into the arms of their new favorite group.

Honestly, when it comes to mixing vintage rock with vintage R&B, UMO outdid Tame Impala this year. Multi-Love is simultaneously less risky and more vibrant, burrowing into our hearts with ease. Ruban Nielsen’s lo-fi soul outfit has been steadily improving as a live act, wisely veering away from extended noodling sessions and giving us a subtle taste of jam band in between their endearingly scruffy tunes. Their latest work ramps up the endearing and tones down the scruffy, and it will be exciting to see them transition back and forth from blue-eyed soul to blurry-eyed garage. This track is also a gentle warning that in the midst of all the wonderful music and food and drink and (if you dare) drank consumption, people watching can quickly become a tide of dazed wanderers pushing you upstream. Stay safe out there!