It’s March 1st, which means we have officially reached the month of SXSW. We’re preparing the troops over here and to get you all whipped into shape here are three acts to drill into memory. 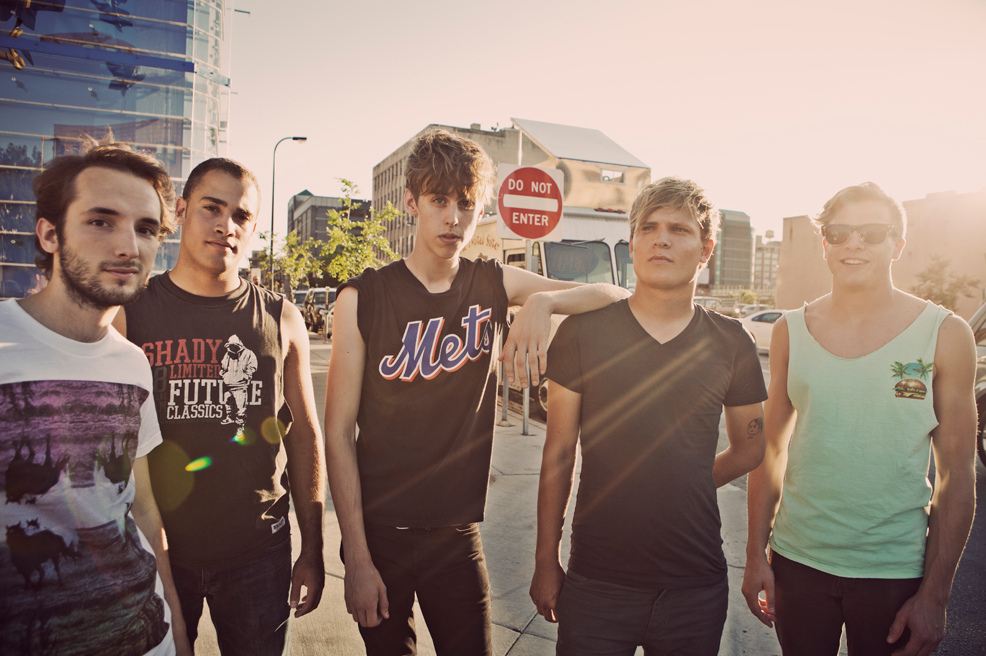 Things you are likely to hear about that band: The Strokes, The Vaccines, “They aren’t inventing the wheel, but…”, NME, Rough Trade, The Strokes and the Strokes.

Things you won’t: Howler doesn’t just sound like The Strokes. The comparison is understandable, given similar swagger and vocal intrigue possess both Julian Casablancas and Jordan Gatesmith. Both bands are signed to Rough Trade and The Strokes could easily provide some information (and perhaps fair warning) on the ins-and-outs of NME darling status. Yet while the Strokes asked Is This It more than 10 years ago, Howler seemed to have ingested the question (making Gatesmith a very atuned 9 year old) and their ruminations throughout the decade have let them to the answer: yes, now give up. (Or rather America, Give Up) Howler is apathetic and nihilistic, with much of their debut album is so far tounge-in-cheek that such a gesture would become obscene. But the decade or so in question is an important one as it allowed Gatesmith and crew to amass a wide range of influences to what would amount to their self-describe ‘beach/thrash’ sound. There’s a bit of Jesus & Mary Chain, Guided by Voices and The Modern Lovers. Or comparisons could be drawn to The Replacements or current acts like the Drums and (recent tourmates) The Vaccines. There are plenty of other reference points for the band (so for pete’s sake, if we must continue the sounds-like game, let’s branch out), but their abrasive, yet catchy guitar heavy singles prove they’re a band to stand all on their own.

Things you are likely to hear about him: Ty Segall, Thee Oh Sees, The Moonhearts (formerly Charlie and the Moonhearts), California

Things you won’t: Mikal Cronin is actually his own person.

While Mikal Cronin has cut his teeth in some pretty impressive outfits and associations, his first solo LP Mikal Cronin is a more subdued and weary look at the plight of a quarter-life crisis. It calls upon the same psych-garage rock he is known for, but the album brings to the forefront something most may not associate with the Bruise-Cruisin’, gear collecting, spur of the moment band-joiner. Stepping out on his own shows Cronin to be a master in not simply combining, but interweaving seemingly disparate ideas. There’s punkish attitude swathed in lush harmonies, jazz saxophone solos next to crashing cymbals, and the ability to make whatever crazy concoction (including a flute solo by Thee Oh Sees’ John Dwyer on the track “Is it Alright”) sound unquestionably good.

Things you are likely to hear about the band: They are very mysterious
Things you won’t: Actually, not so much.