OUT ON A LIMB: Why I Dislike The New Mumford & Sons Video 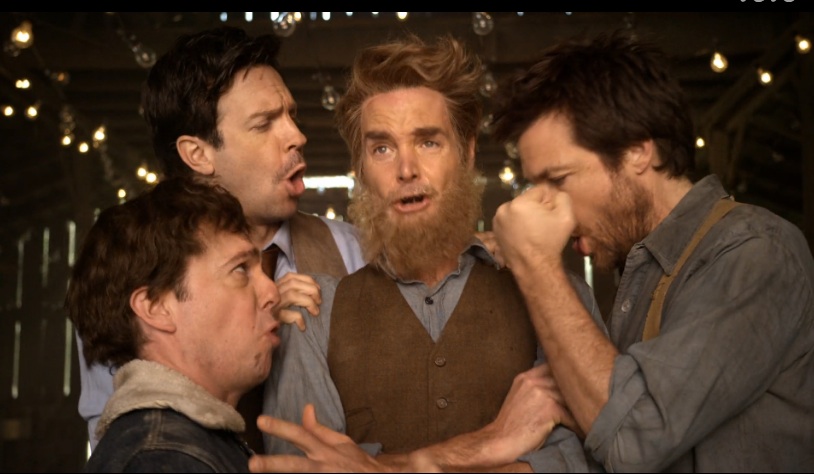 I’m gonna start this off with an unpopular opinion, followed by another, less shocking one. First, I actually like Mumford & Sons. Yes, they of the banjos, 1930s wardrobe, and — wait, does no one in this band have a beard? Whatever. Yeah, they make no effort to be anything other than the English version of the Dave Matthews Band, but that’s fine. Strip away all their vestiges, and, at their core, they make unabashedly hugely-chorused light rock songs, and they do it slickly, professionally, multi-platinumally well.

I haven’t heard their second album, but their debut, 2009’s Sigh No More, is not bad. I don’t listen to it much, but it’s got lots of multi-part harmonies, big crescendos, and lyrics that are short and punchy enough to fit well on heart-adorned book covers. Take a big chunk of Old Crow Medicine Show, add in some U2, a pinch of John Steinbeck, and dress them up like a more fashionable Arcade Fire, and there you have it. Of bands in a similar vein, nothing they’ve done is as cool as, say, “The Crook of My Good Arm” by Pale Young Gentlemen, or “The Way We Move” by Langhorne Slim & The Law, but there’s no harm in Mumford. In fact, if you don’t like “The Cave,” well, you can just go to heck, ya hater.

Mumford’s biggest crime wasn’t being embraced by the mainstream — Nirvana, the Strokes, and the White Stripes all made it through that with their coolness in tact. No, Mumford lost what cache they had when they didn’t openly try to reject the mainstream. Instead of opening their first post-fame album with a line like “Teenage angst has paid off well, now I’m bored and old,” “I wanna be forgotten,” or “I’m gonna fight ‘em off,” they went ahead and made an album that seems to aim even higher into the pop stratosphere. Mumford & Sons know the importance of being earnest, and they want to tug all of the heartstrings, or die trying. You can’t fault them for trying to be the very best version of themselves. If anything, the success of their brand of sensitive dude rock is the skewed fulfillment of the promise of the Garden State soundtrack. All the little siblings of Shins fans grew up into Mumford-loving frat boys and school girls, and that’s fine. 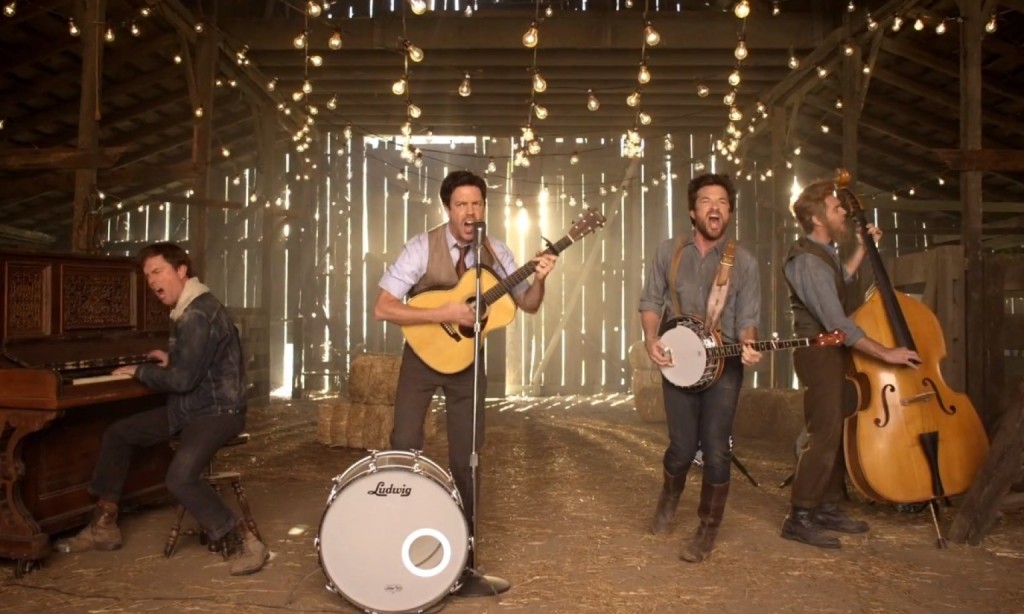 Second, I don’t like their new music video for their song “Hopeless Wanderer.” In case you’ve been using a very effective version of Fakeblock, the video, which premiered this week (see below) and already has nearly seven million combined views on Youtube and Vevo, features Jason Sudeikis, Will Forte, Ed Helms, and Jason Bateman pantomiming as a kind of ersatz Mumford & Sons. The quartet, replete with dusty boots, suspenders, and oh yeah, beards, keep it pretty lighthearted for the majority of the video before things get weird. Hey, it’s like SNL, The Office, and Arrested Development made that crossover episode you always dreamed about! Except, not really.

Even though the video is not anywhere as hilarious as it should be on paper, that’s not where I find fault with it. Sudeikis and Forte can work magic in five minutes, but “Potato Chip” and “Jon Bovi” are skits, this is a music video, and I understand the difference. Bateman’s strength is playing the straight man in a world-gone-mad scenario like Arrested Development. He’s the linchpin of a long game, the paprika on deviled dodo eggs. As for Helms, I’ve never seen an entire episode of the Office, but the first Hangover movie was pretty good.

No, what I dislike is the intent of the whole ordeal. The video is meant to be Mumford’s way of taking the piss out of themselves, but really, it feels like something inherently uncool trying desperately hard to be cool. If there’s a guy in your office who steals stuff and is a jerk, and he comes in one day and says, “hey guys, my new nickname should be Stealy McJerkerson,” it’s not gonna work. It says that a) he sees the error in his ways and b) he plans on celebrating them instead of changing them.

In fact, the whole video seems to take some cues from the earlier, superior Mumford takedown, “Start A Mumford Band!” by Key of Awesome. Everything from the facial hair, to drinking beer in a barn to the gratuitous Edison lightbulb porn, just makes it seem like a bigger budget version of KoA’s tongue-in-cheek parody. Look, the song’s not inherently evil and there’s no way these four actors can appear together and not be worth watching, but it’s just… wrong. Mumford have nothing to be ashamed of, but this video indicates that they feel they do. There’s nothing wrong with being the butt of a joke, but it’s hard to watch someone try to joke about themselves.