OUT ON A LIMB: To The Mars Volta — A Hiatus Is An Insult 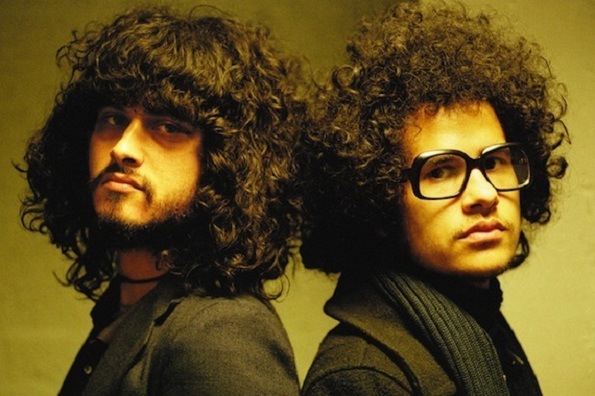 Whether you’re in a band or a relationship, one thing that remains true is that breaking up is never an easy thing to do, and when it comes to bands, especially those that have been around for years and gained an extremely strong fan base, the process can become even harder and often times turn messy in a matter of hours. Music is a universal language, everyone knows that, and along with popularity comes tons of people paying attention to almost every action or word that you make.

Late last month Cedric Zavala surprised pretty much everyone via Twitter with a series of tweets that spelled out something that nobody would’ve seen coming so soon and of course, in the beginning nobody knew what to think at all; The Mars Volta was disbanded. Judging from his typical lighthearted, humorous banter on the site, most of us probably didn’t know whether to laugh or just sit in awe and reread the same thing over and over in disbelief, but it quickly became obvious that it wasn’t a joke and Cedric was quite upset over how things had panned out.

Now I’m not going to play the blame game and say that it was due to Bosnian Rainbows’ inception or Omar being a “dictator” because as much as everyone will assume and speculate, nobody can really know what exactly caused the split besides Omar and Cedric themselves, but that’s not the point. It’s no surprise that it happened; it was just surprising that it seemed to have came out of nowhere. It’s no secret that the two have had their share of issues and that, along with creative differences, can tear a group apart, but out of all of Zavala’s eventful tweets, there was one that specifically stuck out to me the most. After venting and expressing his gratitude to the fans Cedric tweeted, “I just feel really guilty for not even really saying the truth because a hiatus is just an insult to the fans.” and the more I thought about it, the more that I pondered on what exactly could’ve been the breaking point for some of my favorite bands and how I felt when these groups that I’d grown to love so much called it quits.

Throughout all of the plays and repeated tracks, fans eventually start to form connections with bands and artists. As I write this, I know that I hold groups such as TMV to a different standard yet a lot of us often forget that these musicians that we listen to are people just like us who just happen to be doing what they love and sharing that passion with us and tons of others across the globe. Sadly I’ve never met anyone from The Mars Volta, let alone see them play live, but despite that I can still remember when I first heard Deloused In The Comatorium in mid ’06 and that moment will always be with me. I had never heard anything like it before and at the time I was going through plenty of teenage angst filled moments and I felt like nobody could really relate but as soon as “Cicatriz ESP” came through the speakers shit started to make sense and from then on, the band has played a part in my growing up over the years. You may be reading this and saying “Oh but it’s just a band.” And if you are, then I’m sorry that you haven’t found that band or those bands to help you understand where I’m coming from.

The word hiatus, as it pertains to bands, usually means “Hey, we’re broken up and we’re going to pursue other projects in the future but we want to give you false hope anyway.” That may be a bit harsh and I know it doesn’t apply to every group that makes this decision, but it still remains true in a lot of cases. Despite whatever went on between Cedric and Omar, all digs aside, I respect Cedric for saying what he did because frankly, it is insulting. When you as an artist consider how many people you’ve impacted and affected for what could be the rest of their lives and those same people help you to do what you enjoy, it should be no question that fans deserve the truth, no matter the circumstances or results. I feel like a close friend just left and I’m never going to hear from them again but at the same time, The Mars Volta has left me and all of their fans something remarkable and unforgettable in every album, EP, track, and live show, and that’s there to stay even if they aren’t.