OUT ON A LIMB: The Mystical Mind of Father John Misty 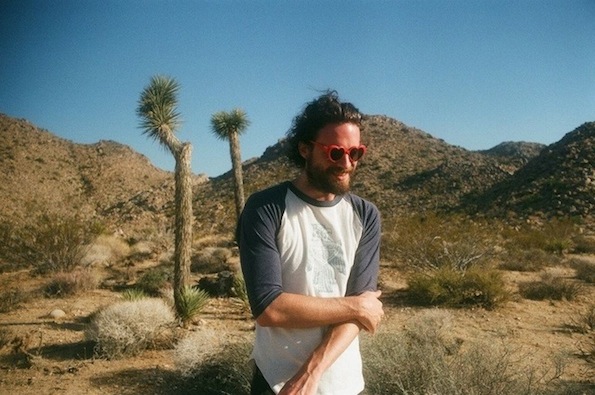 But Father John Misty is just a name, a satirical façade of Josh Tillman. After interning at Sub Pop (which required I Google him on a daily basis), listening to his album on repeat since its release, and more recently attending his shows, I have not only jumped on the Misty train, but have begun to pick apart not just his lyrics, but his persona. What I have found is that he may be ridiculous, he may be over the top, and he may be a little insane, but this guy is onto something. So what is it that I’m saying here exactly? I’m saying that Josh Tillman is more than just a talented, noisy, pretty face, and we, as modern, music-loving, intelligent people who love to eat up philosophical musings, should listen more closely to what he has to say.

Fear Fun’s lyrics, which among other things, depict mushroom-based escapades, unconventional sexual encounters, and grave digging, are simply the beginning of Tillman’s attention to detail. In “Now I’m Learning To Love The War,” Tillman gives a profound description of what it means to be a musician, singing, “Lets just call this what it is/the jealous side of mankind’s death wish.” In “Well, You Can Do It Without Me,” he mocks society, “Nobody that’s around just seems to get it right/how hard is it to follow just a few guidelines/and smile while you do it,” (the live version includes a cheesy FJM grin). In his latest song, “I Love You, Honeybear” Tillman paints a vivid picture of love, during which he both praises his companion and describes, with off-beat detail, the condition of the world. And his insane music videos for “Nancy From Now On” and “This Is Sally Hatchet” are actually less ridiculous than we may think. In an interview with Chart Attack (if you haven’t seen this go watch it NOW; if you don’t think it’s hilarious, watch it again) Tillman reveals that the dominatrix in his video for “Nancy From Now On” is actually his girlfriend. “I wanted to explore a dynamic of conventional love in non-conventional setting,” Tillman said. “I love this person and wanted to give up my vanity or something.” In an interview with Seventh Street Entry, Tillman shares that pizza has become a symbol he has manipulated, which may explain the morbid pizza parlor (including a scene where he cuts off his own fingers) in the video for “This Is Sally Hatchet.” “I realized I had all these very useful symbols at my disposal, but I had never given them the dignity they deserved,” Tillman said. “Like pizza is a good example, being able to take something like pizza and do what I want with it.”

Maybe that’s what happens when hard-thinking, intelligent, creative people start using psychedelics for, what Tillman says, creative and therapeutic reasons: they become profound or at the very least, extremely interesting to listen to. I’m not promoting drugs, but I am promoting we listen more closely to the man behind Father John Misty.