OUT ON A LIMB: Extreme Makeover, 2013 Edition 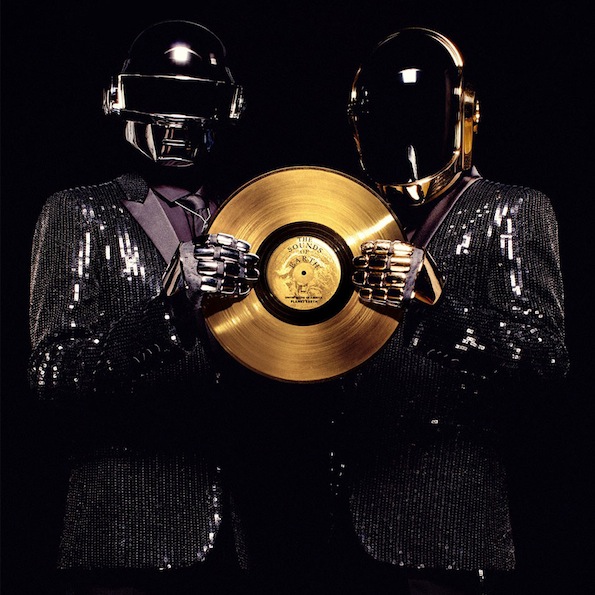 The first indication that Daft Punk were taking us somewhere completely unexpected with their fifth album came in early March. A 15-second promotional video aired during Saturday Night Live that depicted the French electronic duo alongside Pharrell Williams and Nile Rodgers grooving to the then-mystery track “Get Lucky.” It was unmistakably Daft Punk, but the requisite appearance of the robot helmets was about the only recognizable feature. Everything else about the heavily stylized clip seemed unabashedly retro — the cheesy lens flares, the silly sequined outfits — not to mention the song itself, a smooth-as-butter disco throwback. The whole thing came off like some sort of practical joke, and rightly elicited a perplexed response from longtime fans and EDM enthusiasts. Realistically, though, such a false tease was unlikely. Anticipation was already off the charts for an album whose release date was still more than two months away. There was no way the cybernetic kings of house music could be trolling their fans this hard. Intrigue and excitement circulated like a nervous impulse, with one question on everyone’s mind: were Daft Punk really going disco?

Then, in mid-May, we got the album. It was stylish, it was lengthy, and indeed, it was a grand musical curveball. Upon first listen, I had to double-check that I hadn’t accidentally put on some warped-’80s Earth, Wind And Fire record instead of Random Access Memories. Funk guitar strums and jazzy progressions placed this album lightyears ahead (or rather behind) Discovery, but its billing as an homage to a bygone era also made it an incredibly fun experience — fun to listen to and, I can imagine, a joy for Guy-Manuel de Homem-Christo and Thomas Bangalter to create. What was more remarkable as part of a beau monde so eager to label mediocrity, however, was the sheer risk involved in their little exploit. The duo pulled a sonic 180 with just the right amount of grace and style, and it wound up paying off with positive reviews and, though they never really needed it, industry credibility. Random Access Memories ultimately served to remind us that Daft Punk are not content to remain idle. They’re revivalists and innovators, a team who indulge creatively while daring their followers to reevaluate their understanding of “dance music” as both a label and a mammoth force in 21st century music.

What’s more, they’re not the only group eager to forge a new identity for themselves. From The Strokes to Kanye West, music’s biggest names seem more intent than ever on reinventing themselves by way of studio album in 2013. In the first half of this year alone, we’ve seen the complete spectrum of musical rebirth: releases, for example, that have introduced major tweaks to already-successful formulas, as with Vampire Weekend abandoning their afropop roots on their latest LP. A few midlife crises have taken hold of both musician and music at the Daft Punk level and beyond (Snoop Lion, anyone?). Still others have aimed for a “maturation” of their sound, exemplified by the new “grown-up” image and 20/20 vision of Justin Timberlake.

None of these phenomena are new, of course. Taking risks is a normal and healthy cycle in the world of pop music. But with so many artists timing releases for the same six month-window — and with everyone from Bowie to Boards of Canada also making 2013 the year of surprise comebacks — it’s more important than ever for bands to bring something original to the table. Last year was dominated by records that, with a few notable exceptions, played it fairly safe in terms of surprises: veterans like Springsteen, hot new acts like Passion Pit or Grizzly Bear. 2013, on the other hand, has seen adventurous move after daring move challenge fans and disconcert critics. Since musicians in the public eye already hold established fan bases whose numbers can swell or vanish depending on how they take to the new sound, it’s equivalent to a sort of rebound in the musical stock market.

But why do bands even bother changing things up? Many artists could — and a few too many do — fire off a succession of albums that show no signs of progression between them while comfortably maintaining their status as rock royalty. These bands tend to be what we’ll call “legacies”: those that are perhaps approaching their third decade of music-making and have settled into a niche over the course of, say, 10 or more albums. They’ve earned their stripes; we know what to expect from them. For artists in the sweet spot, though — with their third, fourth, or even seventh album in the works — stagnation is deadly. Nobody except perhaps the Rolling Stones can afford to be that band who rehashes themselves into obscurity; once you enter that critical black hole, it’s nearly impossible to get yourself out. The appeal of ingenuity, it seems then, lies partly in the fear of decreased relevance. Or maybe it rests in the ineluctable rewards of a successful makeover. Critical acclaim in response to a fresh idea, besides boosting egos, moves units in ways that a TV spot or award show appearance can’t. Add to that the slew of new fans (read: consumers) who will now love the band and buy their records, but for whatever reason, never “got” their old sound, and it’s easy to see why underlying motivations are often financial. 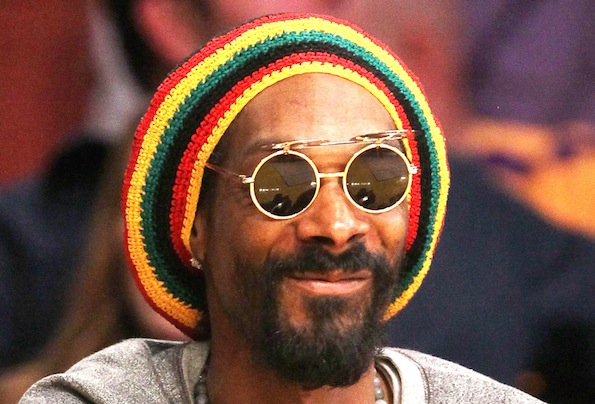 And then, on the other hand, there’s good old artistic drive. We can take comfort in the fact that not all radical shifts are publicity stunts, but that all music-makers have at least some sense of ambition that prevents them from doing the same thing twice. Maybe Snoop Lion really did discover Jah. Maybe Vampire Weekend just got a little sick of polyrhythms. Some more ridiculous pop culture icons may have a tougher time convincing us of their sincere intentions (cough *Kanye* cough) or showing that they’ve put 100% into their latest project, but this most genuine impetus for change can’t be ignored. Music remains interesting in the long term because most musicians aren’t satisfied with redundancy. A pretentious analogy, if you will: Picasso painted some gorgeous and haunting pieces during his lifetime. But tracing his artistic progression from period to period, from blue to rose to cubist and onward, is what makes it worth it to be an art fan. So it goes for your favorite band. They very well may be your favorite because they’re a fluid entity, creating music that has developed in parallel with your own personal experiences. Great artists possess this compulsion to upheave, making their music relatable and human and, above all, enjoyable.

Regardless of inspiration or catalyst, though, failure in this arena is assuredly disastrous. Just as a successful reinvention draws in fans and critics, disappointment scatters them. In fact, a much-hyped image redesign perceived as a letdown may be more damaging to an artist’s reputation than a regular old studio album. Take, for example, the Strokes, a group among whose fans I’ve counted myself since I discovered them in high school. By the time the garage-revivalists came out with Angles in 2011, reports from the disjointed recording sessions indicated that the band was slowly fracturing — the quintet wasn’t even on speaking terms — despite the album itself receiving general praise. With a new album announced for 2013 and all signs pointing to a New Wave-influenced sound, however, it seemed like there might be a redemptive light at the end of the tunnel. Comedown Machine delivered that sound as promised, but critics began using words like “strange” to describe vocalist Julian Casablancas’ choice to sing almost exclusively in grating falsetto. Rolling Stone’s Rob Sheffield summed it up pretty nicely when he began his review with, “It’s not totally clear why the Strokes make albums, is it?” I speak only for myself when I say that this fan felt alienated by such a clumsy pivot. When it comes time for LP number six, I can’t say I’ll be dying to hear it.

A taste of Comedown Machine by the Strokes:

Artists presenting us with a new side of themselves is kind of like your teenage son or daughter coming home with a tattoo. This type of drastic change, the type we’ve seen so much of over the past seven months, can be uncomfortable and difficult to come to terms with. Not to mention that the hotter the anticipation, the higher the stakes. We can shun the musician for having the audacity to betray their fans, or we can do the difficult but supremely rewarding work of trying to embrace it. The key word is try. Not every stroke of brilliance translates perfectly from studio to stereo. But even if you never much cared for JT in the first place, give his and other ambitious projects a fair listen. Worse comes to worst, you find a new groove or two you wouldn’t have otherwise and move on. Best case scenario? You’ve discovered a career worth paying attention to for whatever comes next. And in the waning months of 2013, that could mean just about anything. 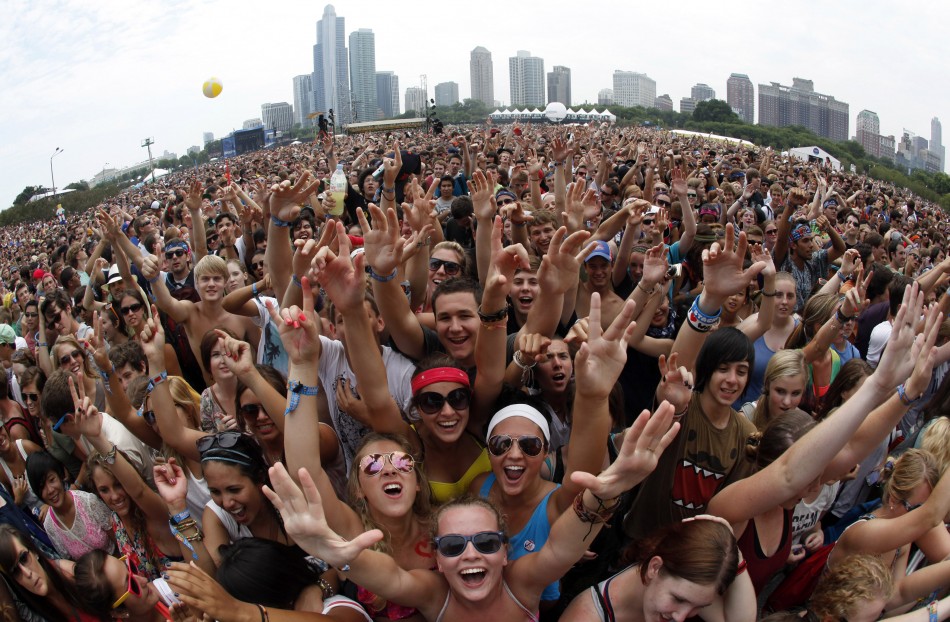