Brooklyn’s Northside Festival is back for a third year, with bigger headliners, new venues, and another set of beverage and shoe companies vying for the coveted hipster demographic (those flasks everyone is carrying around? Ironically-packaged water). 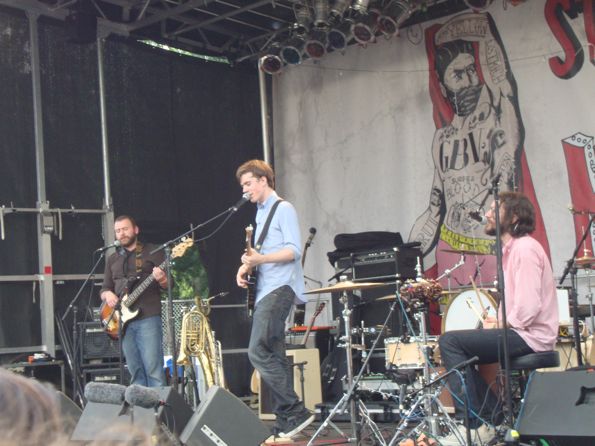 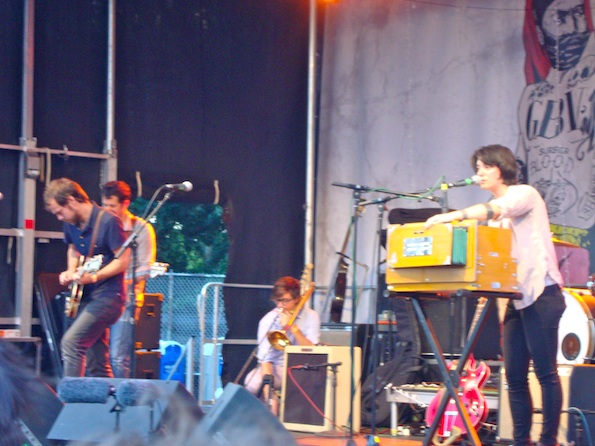 Sharon Van Etten‘s silky, forlorn vocals echoed across the park and through the neighborhood. Joined by a full band, she played songs from her two albums as well as some new ones, and closed with the devastatingly beautiful “Love More.” 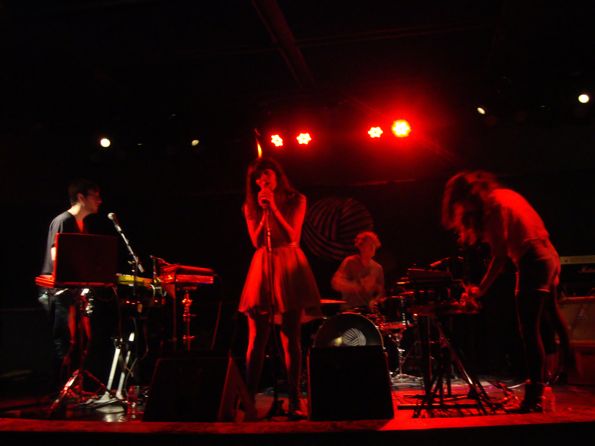 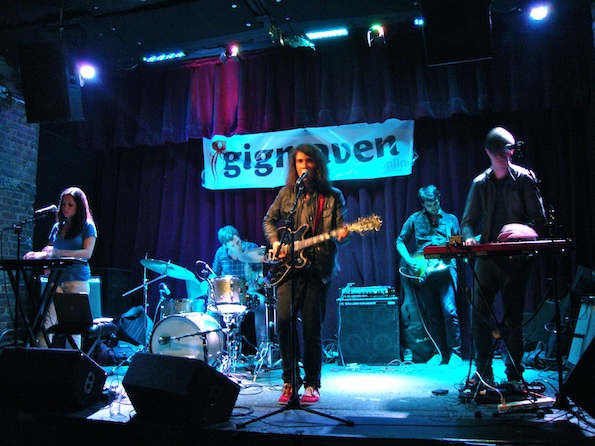 With so many Brooklyn bands efficiently playing of-the-moment microgenres but failing to produce a single memorable song, it’s always a nice surpise to stumble upon a fully-developed, songwriter-driven band like Ravens and Chimes. Asher Lack’s songs pair his delicate, theatrical vocals with full-bodied arrangements including the contributions of two keyboard players. 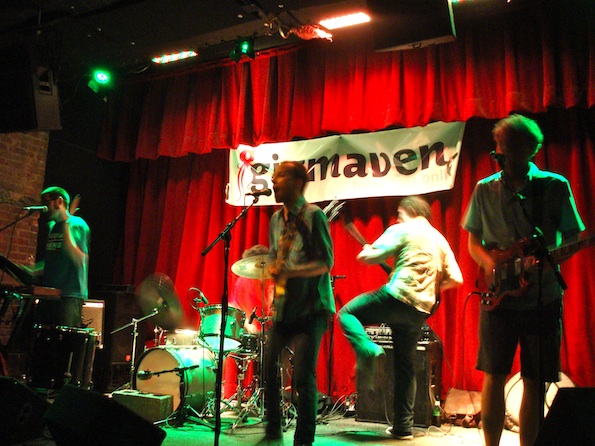 The five members of Brooklyn’s Miniboone put every shred of their energy into playing their frenetic, fantastically catchy anthems. At the end of their single “The Other Summer,” one of the guitarists ran off the stage and was literally jumping off the walls. These guys deserve for all of their shows to be full of rabid fans spazzing out and singing along to every word. 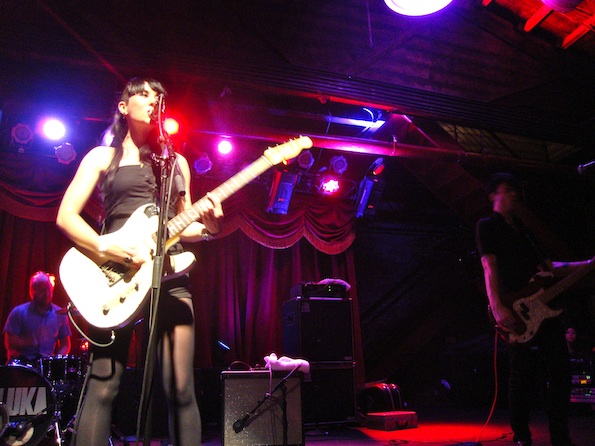