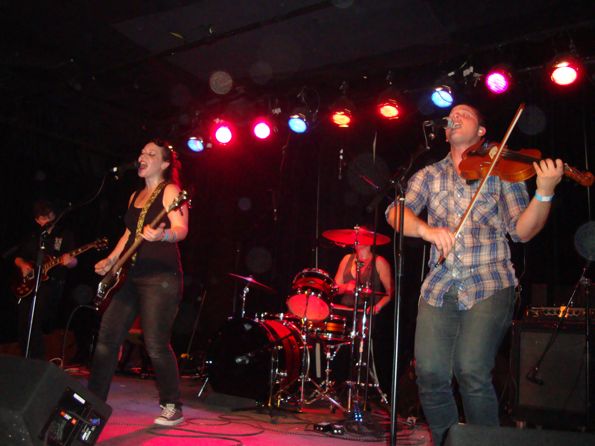 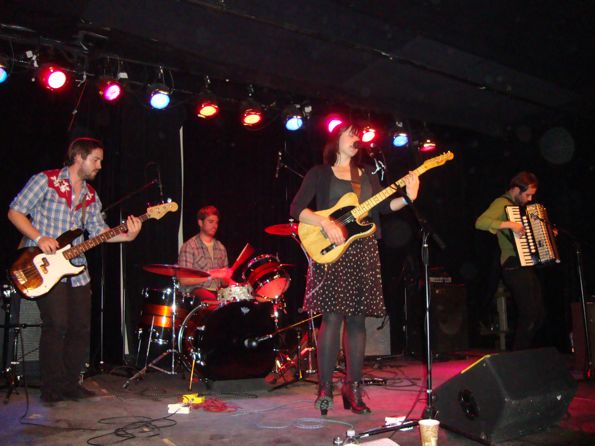 Laura Stevenson and the Cans followed with an equally strong and full-bodied set of rousing indie-folk. Laura’s delicate, singular voice and lovely melodies are well-complemented by her band’s rollicking, accordion-rich arrangements. 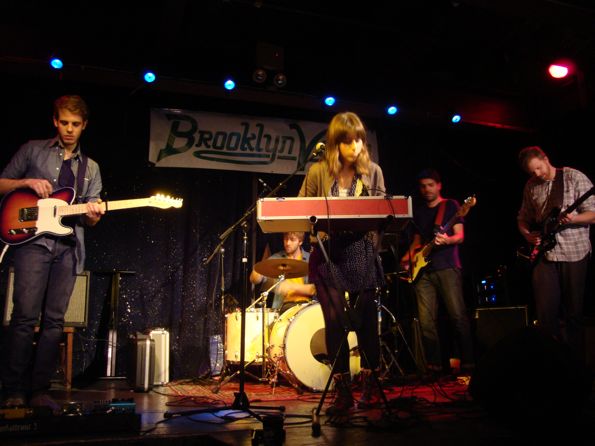 Memoryhouse played an early afternoon set at the BrooklynVegan day party on Saturday, showing off their delightfully dreamy but rocking indie pop. 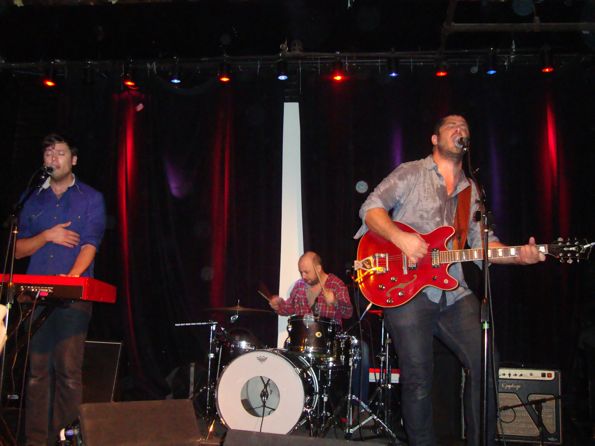 It’s hard not to get swept up in We are Augustines‘ gritty, anthemic rock, even on first listen. Their songs carry echoes of Social Distortion and Bruce Springsteen, with frontman Billy McCarthy singing every word as if his life depended on it. 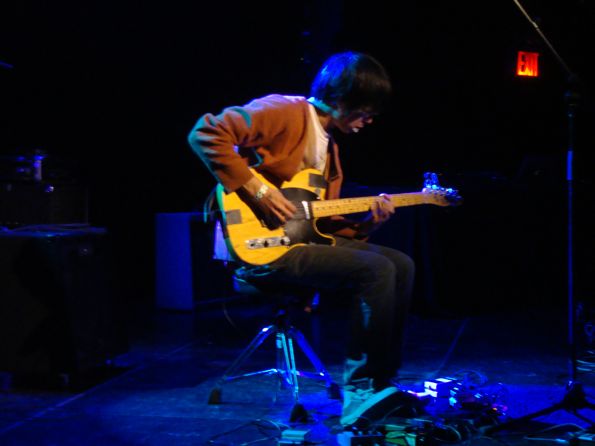 Former Ponytail guitarist Dustin Wong captivated the crowd at Le Poisson Rouge as he improvised intricate and dynamic compositions, layering and layering guitar parts with loop pedals until it became hard to imagine how one person could fill a large room with so much sound.