SXSW 2011 kicked off last night in Austin with a high-energy set from Dale Earnhardt Jr. Jr. and new tunes from The Antlers and The Dodos. 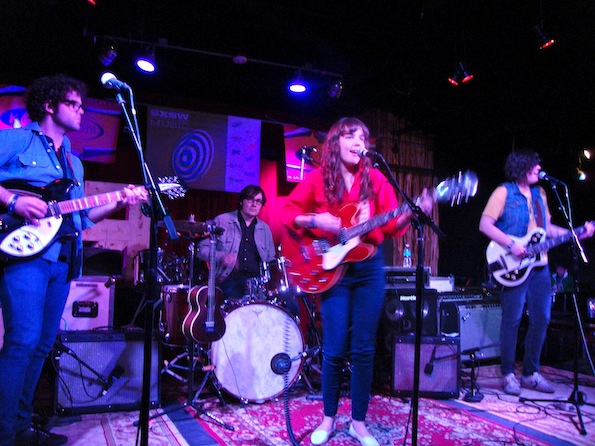 Nashville’s Tristen and her band opened the KCRW showcase with their bouncy, breezy, at times melancholy pop with a charming hint of twang. 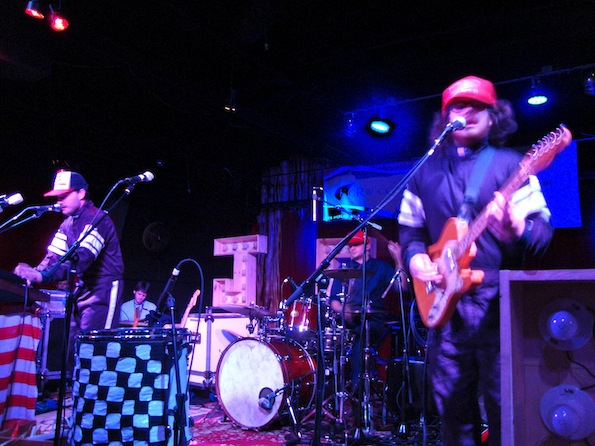 Dale Earnhardt Jr. Jr.‘s addictive brand of guitar pop boasts floor-shaking electonic and live beats with a near-constant stream of gorgeous vocal harmonies. They debuted some songs from their upcoming album, It’s a Corporate World, and offered this piece of wisdom: “If you feel embarrassed about singing and dancing, then the person next to you must be an a**hole.” Sing it, brother. 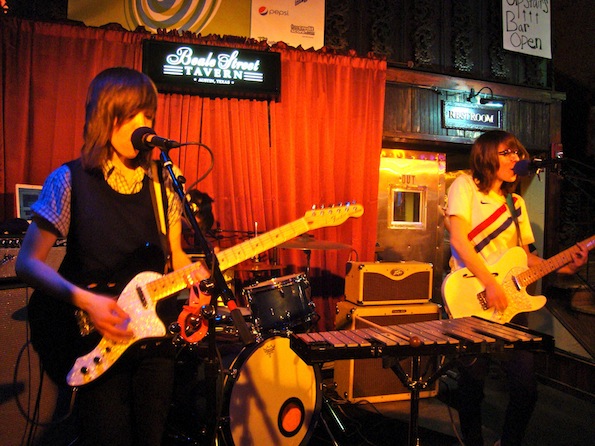 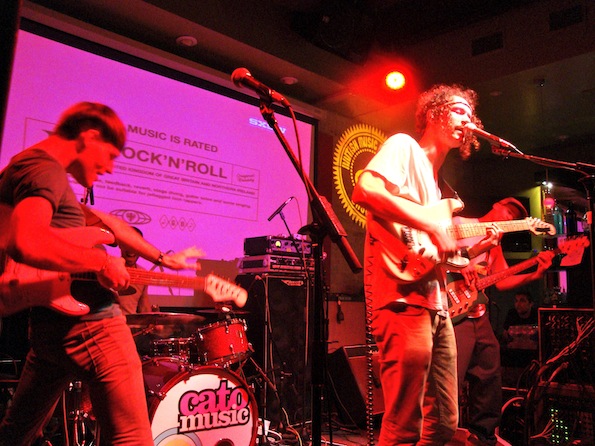 NYC’s Darwin Deez was out to entertain, performing synchronized dance moves in between their funky, danceable pop songs. 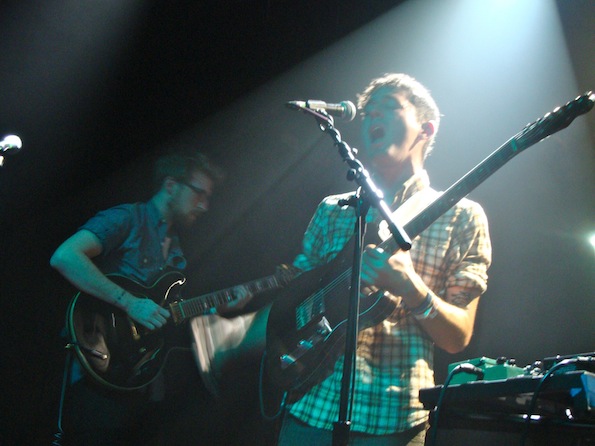 As great a record as Hospice is, it’s a relief that with The Antlers‘ second album on the way, their live shows can now contain songs about something other than hospital/cancer metaphors. They devoted most of their set to material from Burst Apart, due out in May. 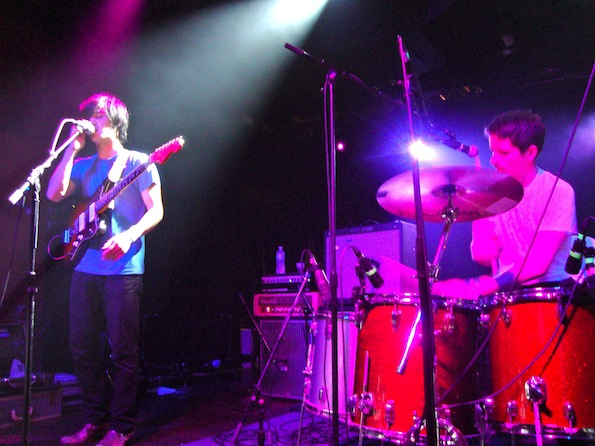 The Antlers’ Frenchkiss labelmates The Dodos also focused heavily on new material, from this week’s release No Color. Their current setup of drums and two electric guitars gave the songs a more traditional sense of rock power, but Long’s acoustic guitar playing was missed–as were all of their older fan favorites.