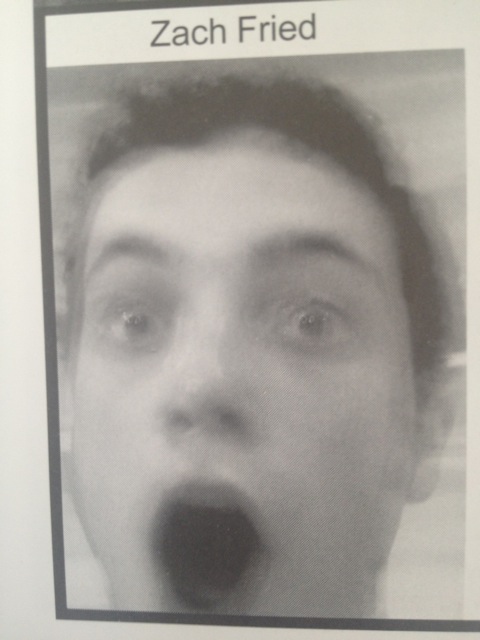 I grew up in a town outside of Washington, DC called Arlington, VA, and I attended what’s commonly thought of as the most progressive public high school in the country. There was a heavy emphasis on self-motivation, which played out in a couple vastly different ways. I knew it was my responsibility to get my work done and that no one would be looking over my shoulder, but I also knew that there would be degenerate friends of mine hanging out on the couches in the cafeteria whenever there was any time off (which happened to be very frequently). We were allowed to leave campus starting in 8th grade and the overall vibe of the place was “liberal arts college during high school.” The results in terms of students were pretty polar, with a huge number of kids going to really prestigious colleges, while many others couldn’t handle the freedom and wound up getting expelled.

During high school some pretty crazy things happened in the surrounding area. First there was 9/11, with the plane crashing into the Pentagon, which is actually in Arlington. My mom’s house at the time was right down the street and it wound up being filled with smoke for a few days after. About a week later was the DC anthrax attacks, in which anthrax was sent to U.S. Senators and wound up killing postal workers. And then a little over a year later were the DC sniper attacks, where two guys went around shooting people with a high powered rifle from very long distances. So along with the feelings of blissful freedom that went along with going to such a strange school, we were always totally aware that we might die. Pretty weird dichotomy.

Throughout this time and for as long as I can remember, I was obsessed with music. I bonded with all my friends over it, played guitar in different bands, produced electronic music and hip-hop, studied jazz and music theory, and really did everything I could to immerse myself in it. Here are some choice cuts that were on repeat during that time period. ~ Zach Fried

The Pixies – Wave of Mutilation