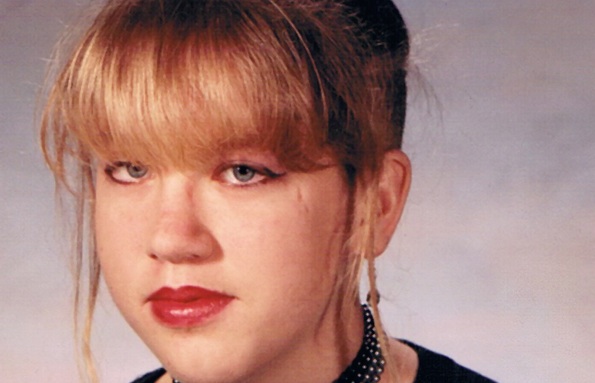 I think that like most teenagers I spent much of my four years in high school trying to figure out where I fit in. The music people listened to was most often what attracted me to them in the first place and served as the foundation for some of my closest friendships. Although it’s a bit of a blur these days, if I’m honest, I have to admit to multiple meager attempts at becoming a scenester in any alternative clique that would have me.

My parents didn’t have cable, so MTV was not a main source of musical inspiration. At the time, I thought this blew…I never knew what was cool until it had already peaked. In retrospect, it could be argued that this was the best thing for me; I guess I found my faves through friends, radio, Request Video, and SPIN magazine.

After hearing The Smiths in Junior High, I seemed to have lost my ear for what was I thought was mainstream at the time; I ditched Lisa Lisa and the Cult Jam tape and sought out all things “alt.” I was definitely into alternative music, but never quite felt like I found a particular niche to belong to.

The Smiths – “There is a Light That Never Goes Out”

A trip to Utah with a friend solidified my love for goth music, which led to industrial and laid the foundation for later trips to clubs like Stigmata, Helter Skelter, and Kontrol Faktory in Hollywood. It’s funny to me now that the songs that introduced me to bands like The Cure and Siouxsie and the Banshees, were considered by many to be “sell-out” songs as they had been making amazing music for years. Although, no longer my favorites, they’ll always hold a place in my heart.

Siouxsie and the Banshees – “The Killing Jar”

When another friend took me to Lovell’s Records in Uptown Whittier and introduced me to the Dead Kennedys’ Bedtime for Democracy and The Ramones, I thought my future was laid out before me. I quickly realized that while I loved punk music, I was far too naively optimistic (and lazy) to commit to the punk scene…so, I guess I dabbled.

The Ramones – “Sheena is a Punk Rocker”

The take away from punk for me (in hindsight) is that “ugly” people can make beautiful music. Where there is talent; there will be fans even when the band doesn’t get radio play, have a reality show, their own perfume, or a gang of paparazzi following them around. (I use “ugly” here to say that they didn’t give a fuck about their tan, their extensions, waxing, or teeth whitening…Joey Ramone was a total babe as far as I was concerned.)

The Dead Milkmen – “Punk Rock Girl” – not a punk band, but deserving of honorable mention, for sure!

There were those six months when I was going out with a rude boy I met at a local Mormon dance when I covered my PeeChees with checkerboards and spent as many nights as possible skanking the night away.

The Specials – “Too Much Too Young”

At some time, I discovered Brit-pop and earlier Brit stuff and became a total Anglophile, complete with a Monty Python obsession that has endured the ages.

Stone Roses – “I Wanna Be Adored”

Then there were the “heavy-play” singles or bands on KROQ, which was “my” station. I’m sad to admit that although I listened to Rodney on the ROQ regularly, I can’t say that I discovered the true genius of Rodney Bingenheimer until my senior year. Without my knowing, he definitely shaped my interests and should be recognized more earnestly as an innovator.

The Sundays – “Here’s Where the Story Ends”

As evidenced by the stickers covering my Caboodle in my junior year, I can proudly say that my musical interests were as eclectic as they come under the alternative cloud. I guess never fitting in meant that I got a sampler platter of great bands that I still adore nearly 20 years later.