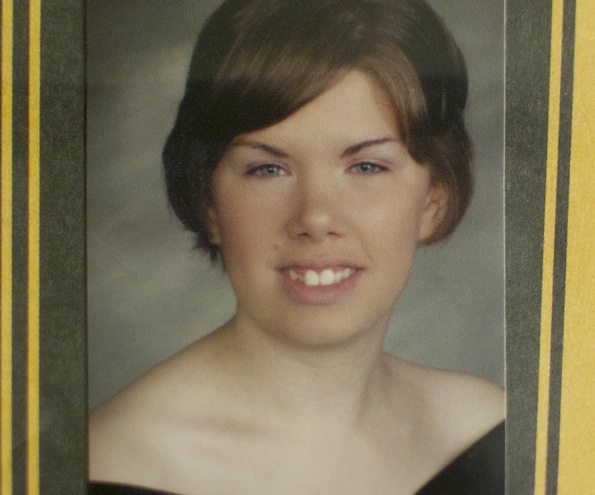 Luckily, my High School Reunion playlist isn’t as embarrassing as it would be if this was a Junior High School Reunion playlist. By the time I reached my freshman year, I had already gone through several music-loving phases including techno, boy bands, and ska (let alone the questionable fashion trends that went along with them). Napster and blogs started to get big when I entered high school and I somehow picked up bits and pieces of new music from around the internet. Generally, power-pop dominated my discman, but then there were also the phases of riot grrl and (semi) pop punk. As graduation loomed, I gravitated more towards indie pop, like Beulah and Belle & Sebastian, which has stuck to this day.

No Doubt – Running
My first experience of totally falling in love with a band was way back in the fifth grade, when I checked out No Doubt‘s Tragic Kingdom from the local library. My love for music started with that album and I continued to adore them throughout high school.

Teen Heroes – Radio Listener
I’ll admit, the Teen Heroes may be the root of my music snobbery. My sister had made me a tape of their tunes and it made me feel so cool to know this band that nobody else I knew had even heard of. Their command of the power pop genre was impressive.

The Anniversary – All Things Ordinary
My (now) brother-in-law used to work at Vagrant Records and so for a period of time I was obsessed with nearly every band on the label. By far, my favorite artist was The Anniversary. It’s too bad that singer Justin Roelofs went all “Alex Ebert/Edward Sharpe” before it was cool and the band’s sound took a sharp turn with the release of their second album.

Hot Rod Circuit – The Pharmacist
Another of the aforementioned Vagrant bands that I was obsessed with. I remember my mom being upset with me for wearing a Hot Rod Circuit t-shirt in my sophomore school picture.

Piebald – American Hearts
One of the most badass, fun bands around. These dudes put on one of the best shows I’ve ever seen and they need to get back together sooner rather than later.

Ben Kweller – Wasted & Ready
Who couldn’t love this mop-top power pop kid? I played this song in the car for my mom and despite the lyric “sex reminds her of eating spaghetti,” Ben was mom-approved.

Sleater-Kinney – You’re No Rock ‘N Roll Fun
I can’t even tell you how many times I put this song on repeat and had a one person dance party to it in my room.

Jejune – Indian Giver
And on the flipside was Jejune, to which I’d often put on when all I felt like doing was being melodramatic and angsty and lay on my bed, staring at the ceiling. They’re still pretty good for that – get their album Junk and try it. (Please bear with the long intro, it gets good around 1:05.)

Limbeck – People Don’t Change
Ahh Limbeck. I always had a huge crush on these dudes, they always seemed like such a sweet bunch of lads.

Belle and Sebastian – I’m A Cuckoo
Around the spring semester of my sophomore year I started searching out new music more and more. Belle and Sebastian were one of the first bands I found on my own and their clean popiness was refreshing.

Beulah – Landslide Baby
Starting with Beulah in my junior year I became thoroughly obsessed with indie-pop. They’ve definitely shaped my musical taste more than any other band.

The Unicorns – Jellybones
My first foray into electronic-tinged indie. “Jellybones” was my favorite tune to bump with the windows down in my dad’s Oldsmobile after I finally got my license.