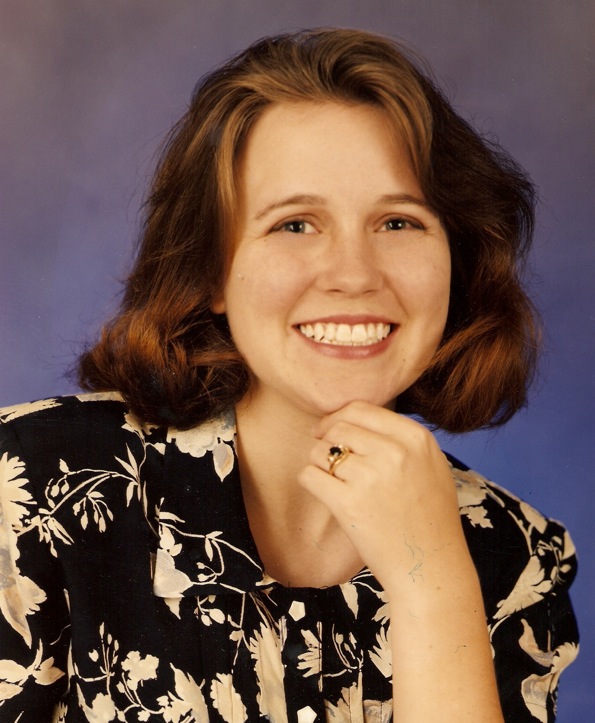 Ah, high school. We all look back with smiling reminisces and winces, depending on the year and the hormone level. 1993-1997 and you can tell I am still trying to grow out the Rachel haircut I decided in a fit of insanity that I absolutely had to have. The result, a pageboy that somewhat resembled Peppermint Patty for my senior picture. In the music department though, I was blessed to have parents who loved music. On vinyl. Yes, I was one of those brats, who grew up in Texas, but knew who and loved Pavement, Aquabats!, Portishead, and Morrissey (which of course, bled of from my adoration of The Smiths). Yeah, I put in contacts for the picture, but most of my high school memories involve me and a corner desk at the library (the better to avoid the snotty popular kids in the Girbaud jeans and letter jackets) squinting above my glasses and actually doing homework. Not going to football games or dating a sports team member was practically illegal where I grew up, so I escaped as soon as possible.

The following music isn’t necessarily chronological order, just a crazy jumble of stuff that I listened to in high school; and now that I’ve dragged it all back out I am so gonna listen to it this week and be thankful I’m so not in high school anymore, but had pretty awesome taste while I was there.

Pavement – Rattled by the Rush

Yes indeed was I beyond excited about the reunion, but I really don’t think The National wrote a song about just me.

For all of my parents love of Gershwin, Miles Davis, and John Coltrane there was only a vague rumor about R&B in west Texas; nothing concrete mind you, so I didn’t discover artists like En Vogue and Salt N Pepa until I spent a summer vacation in California. This was the very first song I encountered.

Morrissey – The More You Ignore Me (The Closer I Get)

Ok technically this didn’t come out while I was languishing in nerdom, but it is one of my all time favorite song of The Smiths. I didn’t discover the video for this until I was researching YouTube links for this post. (Cool parents who love vinyl do not approve of such mind rotting drivel as MTV.)

The Smiths – The Queen is Dead

Anybody who loves The Smiths, loves rock music. I loved Led Zeppelin, The Police, The Scorpions, The Clash (even if i did think for years they said “the sheep don’t like it” in “Rock the Casbah.” I loved the following bands too and some were actually popular while I was in high school! Yes, I’m talking about Nine Inch Nails and no I’m not posting “Closer” (the oh-so very famous song), but rather my favorite song off the album.

For whatever reason, I couldn’t like Pearl Jam until last year’s album. Go figure.

Yes two videos for Portishead! I loved them then, I love them now; one of the few bands to have songs permanently on my iPod. And they are freakin’ amazing live.

You know you practiced moving just like Alicia Silverstone-I am not alone here… (my friend Coral had MTV access.) Now, where’d I put my leather pants?

In Texas, you can not escape country music, so I am sharing a few of those songs as well, because Garth Brooks was a force of nature in my high school, as was Shania Twain. In a freaky twist of memory, I still know all the words to all these songs. And the moves to the dance to “Ain’t Goin’ Down til the Sun Comes Up.” (And yes, in a fit of nostalgia, sang along to them, but drew the line at the dance.)

Garth Brooks – Ain’t Goin’ Down til the Sun Comes Up

The Mavericks – All You Ever Do Is Bring Me Down

Shania Twain – Any Man of Mine

My love of The Police led me to Sting of course. And this song for the movie Three Musketeers made my adolescent heart go pitty pat. I was positive this song was superior to the Robin Hood movie song, although I could not even begin to tell you why now. I didn’t do drugs in high school, either.

Sting – Shape of My Heart

This song is also permanently on my iPod.

Vacations in California also gave me Big Bad Voodoo Daddy. They wouldn’t hit it biggish til the movie Swingers in 1996, but this song is from their self produced album I picked up whilst on vacation. And for this song I am still quite pleased with myself that I remember all the moves.

For my last song, I must admit I loved, loved, loved this album and was determined to sing along perfectly with Celine (choir nerd too). Hey, you try to hold onto your perfect C note for like 25 seconds and tell me how you do (diaphragm control, darling). And yes, still remembered all the words to this song.

Celine Dion – It’s All Coming Back to Me Now

Ok, there you have it. A small sampling of what I listened to in high school. My parents blessed me with an incredible love of music, period. I must confess that I am actually kind of amazed that so much of what I loved then is still loved today, years later. (No, I’m not doing the math, too depressing!) And for those inquiring minds, yes I absolutely can still hold my note perfectly along with Celine. Now, off to sing along to Florence + The Machine.