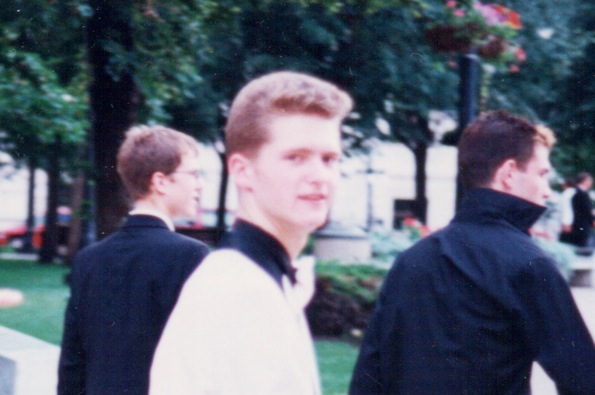 I had rigged a record player up in my Dodge minivan. Record players dont really work in cars, so I didnt listen to that all that much come to think of it, but when things would smooth out a bit, I’d be able to gleam a few choice selections from my thrift store finds. I’ve always been a cheap ass.  ~James Apollo

If you were one of the 5 lucky ones to purchase my band’s tapes in high school, you’ll know we heavily sampled this:

This sounds a lot better than I thought it would:

The one person I did listen to was a pal’s older brother:

He also showed me this. We played it at a pep fest: