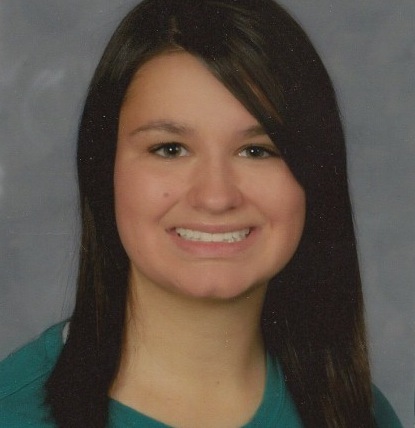 I owe my love of music, and decent taste in it to my father who refused to let the Spice Girls be my first CD (and bought me a Jewel one instead), my need to escape into headphones and the soundtracks of popular media such as Garden State, One Tree Hill, and The O.C. (thank you, Seth Cohen).

My high school days were not very long ago, although they feel like another lifetime. The music I listened to at the time is a mixture of things I still like and things that I’m not so sure about anymore. But after combing through my iTunes library and picking these tracks, I have to say, it could be worse.

Death Cab for Cutie – A Movie Script Ending
I grew up in Bellingham, WA the medium size suburban town in the corner of the US that is the home of Death Cab. Therefore, as you could probably guess they were (and still are) (and will probably always be) my favorite band. Whenever I wanted to flee from my hometown (which was almost all of the time) I would think: If Death Cab could live here, then so can I! This song is one of their most obvious odes to Bellingham.

Dashboard Confessional – The Swiss Army Romance
We all go through that teenage phase of trying to be different. I attempted this by listening to music that didn’t include Chris Brown, Fergie or Colbie Caillat. My love of Dashboard made me feel really edgy (I know, I know, I am so original). I even went to their concert and rocked the t-shirt afterwards for far, far too long.

The Fray – Trust Me
I was absolutely obsessed with this band my freshman and sophomore years of high school. And although they aren’t one of my favorites anymore, this song still claims the title of the most played on my iPod. And I’m okay with that, because when I listen to them now, they don’t sound so bad.

Jack’s Mannequin – The Mixed Tape
Jack’s Mannequin is a perfect band for those of us in the transitioning from cheesy pop to rock. Maybe that’s why my Freshman year of high school self loved it so.

The Shins – New Slang
I think that I speak for my entire generation when I say that Garden State urged and helped us become indie-music lovers. This soundtrack changed my life, mostly because it introduced me to The Shins (how did I ever live without The Shins?!?)

La Rocca – Non-Believer
This song entered my life on an episode of One Tree Hill and spent quite a long time in my headphones. There is some kind of teenage perfection in its balance of optimism and angst.

The Killers – All These Things That I’ve Done
The Killers were one of the first CDs I bought that didn’t suck (I still like this album).

Joseph Arthur – Honey and the Moon
I can thank the OC for this one. I still love this song. It’s just so damn pretty.

Incubus – Wish You Were Here
This is the only really embarrassing song on this list. I thought about leaving it off because…yuck. But I figured I should come clean about this unfortunate period in my music love affair. Readers, here is a lesson: don’t date a guy that plays you Incubus over the phone, or likes Nickelback (cue the duhs).

Ra Ra Riot – Oh, La
My junior year I saw Death Cab in my hometown and was introduced to their opener, Ra Ra Riot. I’m still proud of the fact that I saw them before anyone knew who they were. This song was the soundtrack to that summer.

Ben Kweller – Sundress
This was my sunny day song (admittedly, a rare occurrence in the Northwest) near the tail end of my days in Bellingham. Best when played with the windows rolled down.

Mother Mother – O My Heart
Being just twenty minutes from the Canadian border, I was introduced to my fair share of Canadian artists via radio. One of which was Mother Mother. Their album O My Heart lived in my car stereo my senior year. Pretty good eh?