To continue our Coachella 2012 countdown, next on our list of must-seeables is San Francisco band, Girls (aka Christopher Owens and Chet “JR” White.) Two short years ago Girls made their first appearance in the desert to a lack-luster crowd that seemed to mirror their lack-luster stage presence (observe the difference between these two photos – what a difference a year, a successful album, and bitchin-ass backup singers make!) 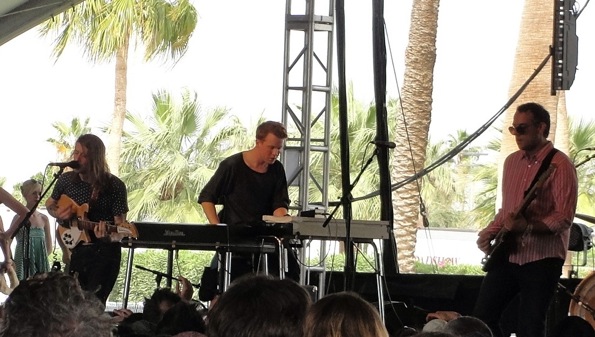 This year Girls return to Coachella after the release of their critically acclaimed sophomore album, Father, Son, Holy Ghost which even made its mark on our Best Albums of 2011 list. With their sophomore album the band out of San Francisco has gained a level of confidence that has completely transformed their live show and to miss it would be a shame.