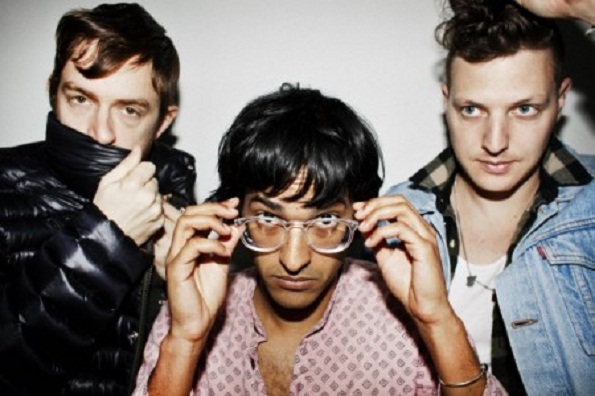 We caught up with Anand Wilder, guitarist, keyboarder, and vocalist in Yeasayer.

According to Wilder, the weather in Brooklyn was great, a fact he was grateful for after returning from Europe. (“I don’t think summer exists there,” he said.) We swapped stories, coming to their appearance at the 2011 Sasquatch Music festival, where this Owl thoroughly enjoyed their show, and Wilder pretended to be a member of Das Racist for a press photo.

After a long day of interviews and working on music, Wilder grilled a burger in his home base of Brooklyn while chatting to us about the band’s upcoming release Fragrant World, out August 21st.

The Owl Mag: Tell us about your new album Fragrant World. What sets it apart from your other albums?

The Owl Mag: Where does the title come from?

Anand Wilder: The title is a song that didn’t make the cut of the album; we thought that was a nice all-encompassing title. The final recording didn’t feel like it fit on the album.

The Owl Mag: You’re based in Brooklyn and your album was produced in Brooklyn. How does your home base affect your music?

Anand Wilder: I think that we were in a comfortable situation. We were able to go home and sleep in our own beds. But the greatest thing about recording in your hometown is that you can bring in friends, kind of a more delicate thing. It was a good collaborative atmosphere, but at the same time, we could also close the doors.

The Owl Mag: Where did the inspiration for this album come from?

Anand Wilder: Everything. A lot of the new R&B coming out. Like Frank Ocean, The Weeknd, Purity Ring, SBTRKT. We were listening to all that kind of stuff. I was also getting into really early Beck, like Mellow Gold, which really stands the test of time. Our songs are all over the place, sometimes they’re a kind of story (“Henrietta”), but most of my songs are about my own boring life and what I’m feeling on a certain day.

The Owl Mag: Your music is basically indefinable; you have really created your own niche in the music scene. But as a member of the band, what would you say defines Yeasayer?

Anand Wilder: I think it really depends on the person who’s listening to Yeasayer. I’m really more curious about what we are to other people. I think part of it is the eclecticism and the desire to be progressive and experimental. I couldn’t really venture to say what defines us a band and I’m happy about that. It means that we’re free to do whatever we want.

The Owl Mag: You’re about to head out on tour. What are you looking forward to?

Anand Wilder: I’m looking forward to playing in Maine. We’ve only played there once before. I have a strong family connection to Maine — I’ve spent time there nearly every summer of my life and I have a lot of family members coming to that show.

The Owl Mag: What is your goal during a live show?

Anand Wilder: I want the audience to think that we are the best band playing today [laughs], but I think growing up, I remember not really enjoying live music that much, I always thought it all sounded crappy. If you didn’t know the songs, it was just kind of an unenjoyable experience. I hope the live show is a viscerally enjoyable experience. I don’t want people to feel anxious, I want them to enjoy it.

The Owl Mag: So what’s next for Yeasayer?

Anand Wilder: Next I think is hopefully shooting a video for “Longevity” (check out the Vignette below) and more touring. One of the most exciting things about having a new album is checking out new places.

The Owl Mag: Enjoy your burger!

Anand Wilder: I will! I’m about to flip it.