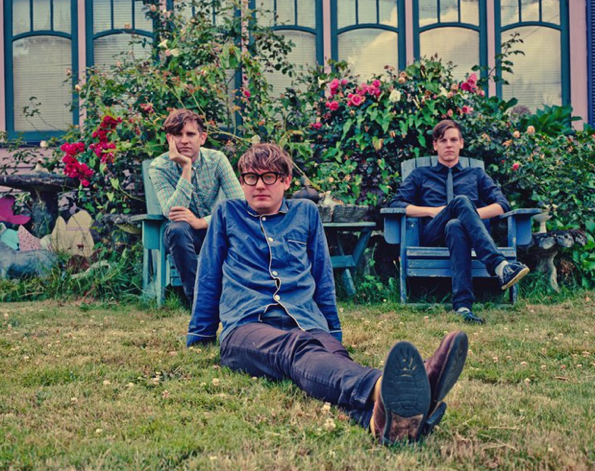 We got a chance to catch-up with Josh Hodges from STRFKR after their Outside Lands show in San Francisco. Here’s what they have to say about modern hip-hop, OSL, and their favorite SF venues.

The Owl Mag: First of all, I was in the crowd at Outside Lands dancing around and you guys were awesome. When you played “Girls Just Want To Have Fun” all of the dudes around me joined in 100% and it was pure hilarity. Was it smooth sailing playing at Outside Lands or were there any
hiccups on Saturday?

Josh Hodges: I think it was pretty smooth. I was a little nervous and distracted by the size of the crowd, but it was also really exciting.

The Owl Mag: How is this upcoming tour with Beat Connection different from others?

Josh Hodges: Well, we have a new lineup so that’s different.

The Owl Mag: At first listen Reptilians sounds like a party album, but many of the lyrics are about death and grieving. When you’re on stage do you try to convey the friction of celebration and death, or do you focus on playing music to dance and let loose to?

Josh Hodges: I think the live show is more about cutting loose and having fun. The content of the lyrics is more for listening at home.

Josh Hodges: There are so many great venues in SF. Bottom of the Hill, Hemlock, Rickshaw, Independent, Great American… it’s hard to say. I guess my favorite venue that I’ve never played is the Fillmore.

The Owl Mag: What was your favorite song to play at Outside Lands?

Josh Hodges: “Hard Smart Beta” ’cause I get to play drums on that song.

The Owl Mag: You’ve slowly been adding members and it’s proven successful as Reptilians is your most dense and textured album yet. Are you guys happy with the current lineup or are you still open to new faces?

Josh Hodges: This is my favorite lineup so far. It feels complete.

The Owl Mag: I heard you’ve been working on some hip-hop mashes. Was this something you stumbled onto or have you always had an interest?

Josh Hodges: I think modern hip-hop is the most innovative music being made, so it’s just a kind of a fanboy move. I like it so much that I just wanted to try to do something like that. 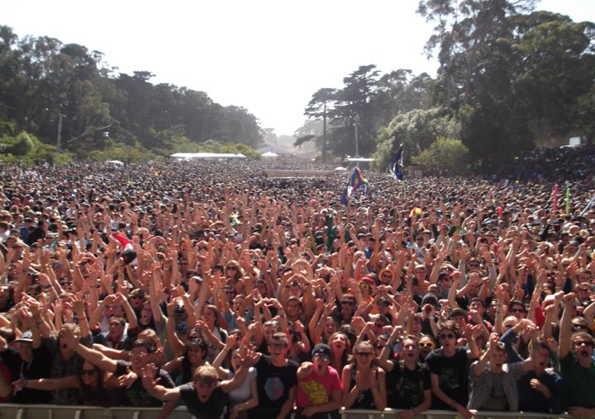 Photo from STRFKR stage at Outside Lands
login