The story of husband-wife band Haunted Summer reads like an LA scenester’s Romeo & Juliet. What started as two longtime friends commiserating over difficult band members (you know Bridgette Moody from her former band Torches and John Seasons from Seasons) turned into romance, bitter band breakups, and estrangement from the scene they’d known for close to a decade. Though they can’t completely bury their past, our interview with Haunted Summer before their recent show at The Chapel in San Francisco revealed why they’re predicting a much happier ending, this time around. 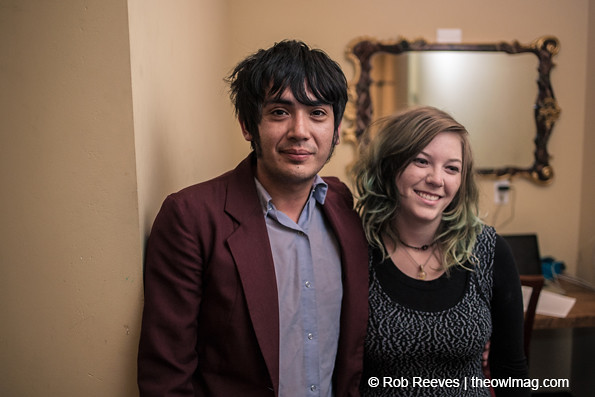 The Owl Mag: I don’t want to get too far into the People Magazine gossip territory, but are there lessons that were learned from your experiences with Torches and Seasons?

JS: I think the biggest thing is just knowing what we don’t want to do.

BM: We spent a lot of time working for nothing, and we realized that if we keep working this hard and really fight for the right things and be honest, they come. They come when the music is true and honest, and other people see that, too. You can work, and work, and work, but if the whole attitude of the act just isn’t as genuine as it should be, then things don’t really come from it.

The Owl Mag: You guys recorded in the Henson Studios. Could you talk a little bit about what it’s like to record there?

BM: Oh it’s a dream, you feel like a god in there! The last time we were in there, Wyclef Jean walked into our session. Randy Jackson has just hung out.

JS: Fiona Apple, the Jonas Brothers, Keith Richards…it’s like rock ‘n roll high school! Like, where am I?

BM: It’s definitely a trip, you can feel the ghosts of everyone who has ever been there. You’re playing the piano and you’re like, Carole King just played this!

JS: Yeah, or John Lennon bled on it. It’s amazing though, we’ve hung out among the props for Dinosaurs and The Dark Crystal and the Muppets. We just recorded in the same room that “We Are The World” got recorded in, and [Bridgette’s] playing guitar on the other side of the room, and it’s echoing into this massive room. We’re working with Nicolas Essig who engineered Daft Punk and Paul McCartney‘s new records, and he’s taken us on as his first producer credit, so that’s how that happened. He wanted to produce our first record and it be his first production since he’s only engineered. It’s been a wild ride. 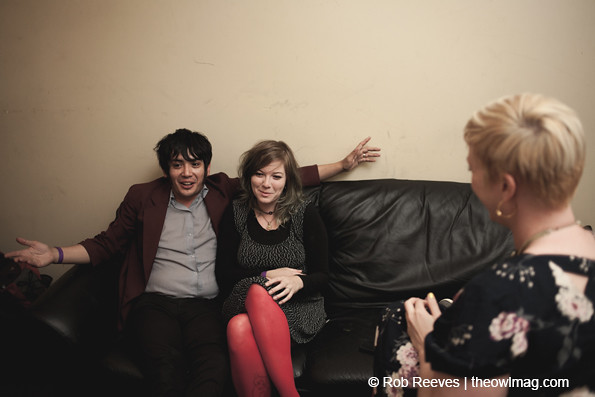 The Owl Mag: You write a lot about the woods and have said that your music has been inspired by trips to the desert…

JS: We do that all the time, we just did that last night! We played in Santa Cruz and we camped there. The guys who are supporting us are all traveling in the same van, and they weren’t down for camping, but that’s what we do. We just don’t care, we’ll sleep on a rock, we love nature. We love the wilderness, we’re nature kids.

BM: Even in LA, we always try to stay in a place that has very natural aspects. We would never live in downtown, concrete nonsense.

The Owl Mag: You’ve mentioned in other interviews that you try to do something to make each show a little special. How do you make your mark?

JS: We put ourselves out there a lot. I’ve read a lot of reviews of our live shows, and a lot of people say that we’re more in tune with ourselves and the songs than we are with the audience — which is kind of true. As much as we always give our audience our full attention, we dive so deeply into each song that we do kind of leave the stage for a second, and just float within the song. I think something nice that the audience can always expect is that you can really see how passionate [we are] and how much we really love the songs, and how much we love playing them. It’s definitely different than our recordings, too. We try to make our live shows way different. She uses heavy effects on her vocals, I use a lot more effects live. It’s a lot more ethereal and a lot more psychedelic, I would say, but that’s a good thing.

The Owl Mag: Sky’s the limit on budget, you can do whatever you want. How would you set it up?

JS: A whole woods set-up on stage! I remember I saw Damien Rice play one time, and he had a whole Scotland Yard set. It was snowing and he had a bottle, and he was pretending he came out of a bar. He was crying and singing, and I was like, this is definitely something I would do if I had a massive budget! I’d make the whole setup to transport the audience to a different place. One of our favorite bands does that, the Flaming Lips, but they do it more on a fun aspect. We would dive more into taking you to one specific place, maybe the woods, to represent our sound. 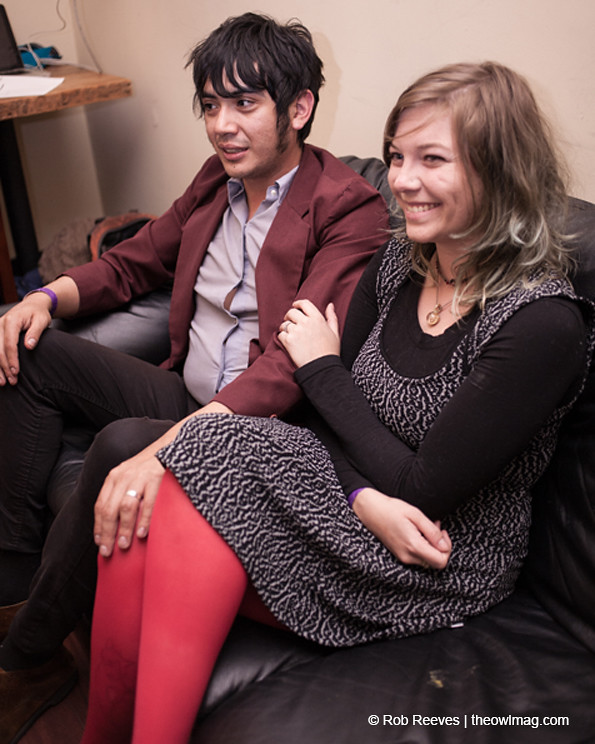 The Owl Mag: We’ve talked about what you could do, but let’s talk about the upcoming album. What should people expect? What excites you about it?

BM: It’s going to be very eclectic, and we’re really just trying to explore sonically all of the different things we want to do. He and I started playing the songs in a very lo-fi way, just bedroom music, basically. We’re still trying to take that bedroom magic, but then translate it to this wider, bigger thing. And good god, Jim Henson’s [studio] is just the wildest thing! This album will probably be more true to our live show than other things we have done before because we have the players now.

JS: We still got put in a crazy position. We wrote these old songs for just ourselves in the bedroom like she said, because hey, we were unhappy, so let’s write some songs we like. Next thing I knew, this manager came into play, things started happening really fast, and it’s something different now. You have to write songs for an album, and you’re recording at a place that’s really legendary and crazy, and you can’t waste anybody’s time. It’s a lot of pressure, and I feel like it’s good because it’s good to push ourselves musically. The new songs we already have recorded are definitely more ambitious in the risks we’re taking.

The Owl Mag: You obviously both came from bands before where you were licensing music and you had some momentum going, but what was it like starting from the beginning again?

BM: Just reaching out to the close, easy people we knew, just very low-key, and saying “listen to this.” It really just grew from there. Our main focus with this band, which was always an issue with our previous projects, was just all we want to do is tour. We really just want to take our music to the world, because it’s so hard to get people to come to you. Everybody has a website. Even on a small scale, just as long as a couple of people hear it, that’s a couple of people who wouldn’t have heard it otherwise.

JS: We had a lot of help too. When we first wrote our first demo, it was just an acoustic with [Bridgette], and we sold that album at Amoeba for awhile. The weirdest thing about that was that our manager hit us up three weeks later after our first demo [with a show] at the Troubadour and I was like, “No!”

BM: We were so unprepared.

JS: I was like that sounds amazing, but I felt weird about going up there acoustic and just trying to wing it. So yeah, we had a lot of weird offers because our manager just wanted to get us out there right away. Which we did; we took that risk as well in the beginning. We toured with Polyphonic Spree, we toured with Coeur De Pirate, Taken By Trees — all of these crazy bands, and it was all based on demos. I spent 10 years playing with a band where I recorded five albums and nothing ever happened. The coolest thing that ever happened was that Pete Yorn was at our show one time with Dave Navarro. So to me, that was interesting. The power of music and the right people hearing it, and just the right circumstances are very powerful. I feel like we definitely took advantage of that in the beginning, but now we’re really working as hard as possible to maintain the interest.

BM: We had a good kickstart but we gotta keep the fire burning.

San Franciscans, if you missed Haunted Summer this time around, don’t fret! They’ll have a residency every Tuesday in October at Amnesia, so don’t miss out on it!

This interview has been edited for length. 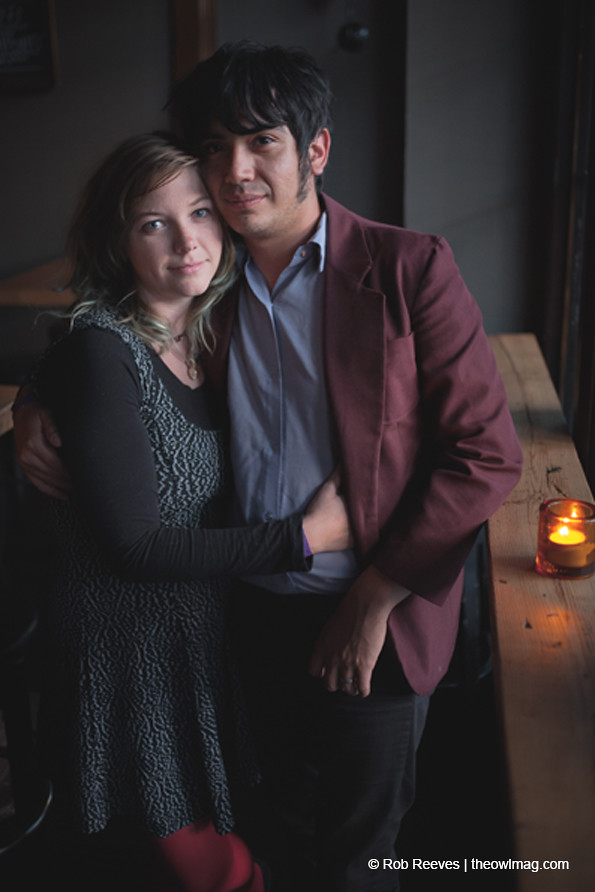