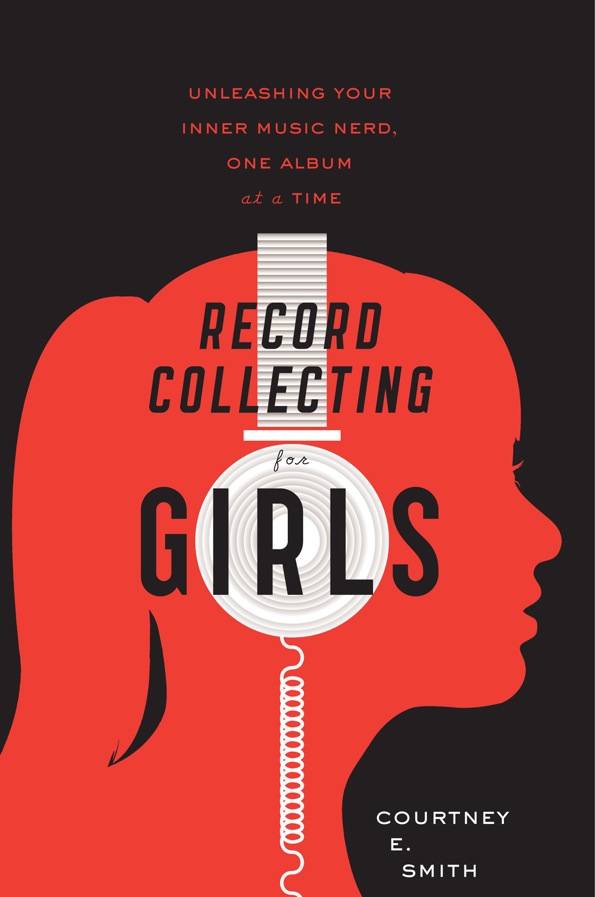 Courtney E. Smith has written the book that all music lovers have been waiting for, whether they knew it or not. “Record Collecting for Girls: Unleashing Your Inner Music Nerd, One Album at a Time” is a comprehensive dialogue about the history of music, how to cultivate musical taste and women’s place in music. Smith took the time to speak with me about her new novel, her years at MTV and, of course, music. “Record Collecting for Girls” is an awesome book for those just getting into music and for more sophisticated music listeners as well. It is thoughtful, informational, honest, and hilarious. Once I started, I found it difficult to stop, and once I finished, I couldn't wait to pick it up again.

The Owl Mag: What inspired you to write “Record Collecting for Girls?”

Smith: The tag line sums up the why of this book existing: because girls get their hearts broken and make mixtapes about it too. I love the conversational writing style of Sarah Vowell, Sloane Crosley, and David Sedaris. And I LOVE reading the writing about music that men like Hornby, Klosterman, and Sheffield have done. But after devouring loads of editorial music writing, I found I was getting exasperated that so many stories were about some woman who broke a guy’s heart. I wanted to know what those women would have said, if they agreed with the way they were seen, and the songs around them. So instead of imagining it or waiting for someone else to get around to it, I decided to write it myself.

The Owl Mag: How long did “Record Collecting for Girls” take to write?

Smith: All total, it took about 9 months to write and 3 months to edit. It was a really fun process, but I often found myself getting lost in research while I was writing. My editing process was a bit abnormal — the editor and I did each essay individually in rounds as individual pieces, instead of the entire book at once. I really enjoyed the process of writing the book and it evolved as I fell down the research rabbit hole.

The Owl Mag: The book is written in a very interesting voice, part-scholar and part-laymen, the dynamic of conversation is constantly shifting. What do you hope the audience gets out of this book?

Smith: More than anything, I hope they are amused reading it. I tried to write so that people with differing levels of interest in music could connect to it. I imagine some readers will already know everything I chose to write about and hope they’ll find bits and pieces to identify with, or argue with. I love love love it when people disagree on music and want to talk about it!

For readers who are more casual music fans, I hope they find ideas that interest them and maybe a deeper connection to how they listen to or collect music. The great part about any essay book is that if you aren’t interested in or don’t like one essay, you can skip to the next without missing anything.

The Owl Mag: Do you think boys will be in that audience? How will their perception of females in music be changed, if at all?

Smith: I am absolutely positive boys will be in the audience for this book. You can’t hold guys who love music back just by saying something is for girls. They’re going to dive in and I can’t wait to see them carrying around a book ending in “for girls” on subways and in waiting rooms.

I don’t know if this book will do a thing in the world to change the perception of women in music, but I hope certain bits of it bring to light the way women have been and continue to be marketed in music. Another big goal was to create a music book where women are the primary audience. Whether you realize it or not, most music books have male consumers as their primary audience and women buying copies is just gravy. That ticks me off. I aimed to do something to knock that idea on its head. 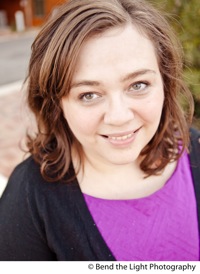 The Owl Mag: I was a bit surprised to see such an alternative and indie taste from an MTV employee, I was expecting a lover of Top 40. How did MTV shape your music tastes?

Smith: When you say MTV, I imagine you only think of the channel that plays the Jersey Shore, but in reality MTV has over 20 platforms that feature music — from cable channels like MTV Hits and MTV Jams to MTV.com to MTV mobile and on-demand. The people in the music department there are all big music fans and a lot of them are hyper-focused on their own areas of expertise, just like a music programming department anywhere.

I worked a lot on mtvU (the 24 hour music channel for college campuses), MTV2 Subterranean (the indie rock video show), and MTV.com. I worked with indie labels more than anyone. But I could still go into the music meeting for MTV proper every week and register an opinion in the debate over whether to add T.I. or Flo Rida because it was my job. And I learned a lot about worlds of music I wasn’t especially tuned into from my co-workers.

Music programming is a job just like any other and your main focus has to be on serving the audience with what they want to see. While MTV proper has its brand and a specific audience it tries to reach, I fou

nd the people there to be very receptive to my attempts to inject lesser known artists into it. I didn’t always win, but it was always fun to fight the fight!

The Owl Mag: The Rock and Roll Hall of Fame recently opened an exhibit featuring “Women Who Rock” and Kate Nash started an initiative to get more young girls involved in music. How do you feel about these and other pro-female messages in music? Do you believe think there is an impact strong enough to counter the influence of the Taylor Swifts and Katy Perrys on the scene?

Smith: I love the Rock and Roll Hall of Fame, but I don’t think it’s something girls young enough to make Taylor Swift or Katy Perry the center of their world pay a lot of attention to. I think programs like Kate Nash gets involved in and programs like the Girls Rock camps are much more impactful for young women. It makes it clear to them they can play any instrument they want and more than that normalizes the idea. Honestly, the best way to change what a rock star looks like in the future is to show young girls today that they can be musicians in a hands-on way.

The Owl Mag: Can/will artists ever take responsibility for the influence they have on their audience? How important is it that they do?

Smith: There is nothing worse than an artist, in any field, who tries to shirk their responsibility by trying to say they never claimed to be a role model. If at any point you stepped into the public eye and were marketed to teenagers, then yes, you did. You asked them to buy your image. Own whatever message you put out to them. Plenty of people do take responsibility for the influence they exert and the people who don’t are just ashamed of something they did.

The Owl Mag: All female festivals… good or bad? With the dissolution of Lillith Fair are we lacking a necessary platform or do we need to focus on becoming more prevalent at the more popular festivals? (Most did not feature any female headliners and had a low percentage of acts with a female member.)

Smith: Personally, I’m a big fan of women having their own space for things if they want it. I find I want it sometimes. But I never went to a Lilith Fair because it seemed so unplugged and uninteresting. The vast majority of the artists who played the original three fairs were not people I especially cared about seeing. And the resurrected Lilith last year was too difficult to figure out — all those different artists on different dates, ugh you’re making me work too hard.

The Owl Mag: You talked specifically about the female archetypes briefly (hippie folk singer-songwriter vs pop temptress) and though the entirety of the book discusses that women can and should be more in music, what are the most important things for women to strive for to create a solid spot in music other than the sexual fantasy?

Smith: The most important thing, which I’ve always thought and that I took away from the interviews I did with members of the Go-Go’s and the Bangles for the book, is that women should control their own styling and image. That sounds simple, but it is actually incredibly difficult. At the major label level, there will be marketing people and stylists who try to tell female musicians how to dress, especially when they’re just starting out. Makeup and hair people will dazzle with miracles that lead to looking nothing like yourself. At any level, in the press (and even in just random online commentary) there will be people who focus on what you look like, giving much deeper analyzation to how attractive they do or don’t find a woman than to her music.

The most important thing is to ignore all of those people if you feel they’re giving you crap advice or trying to make you into something you don’t want to be. Don’t let yourself be constrained by any typical ideas of attractiveness. Be and look however you want to. Share what you’re comfortable with in your art. That alone will command a world of respect.

The Owl Mag: There are a lot of ideas and a few examples of how to make change in the industry come about, what are some solutions that the industry needs to work toward to have more successful females in music? What are the hurdles to these solutions?

Smith: This is a very second-wave feminist answer, but one of the things that has to happen is to realize we are not equal yet. Sometimes you have to stop and really think about how you’re supporting other women, from artists to co-workers in the music industry. I talk in the introduction of my book about trying to achieve a 50/50 balance between male and female artists on the video show I programmed and how hard it was because I could go for weeks without having any female artist videos submitted to me because they weren’t being signed as often and when they were they weren’t getting the same budgets. And when I did I’d let them jump the waiting line just so I wouldn’t have weeks on end of an hour of only music by guys.

The obvious solution is more girl bands/musicians and more women in positions of power, but that takes years of toiling to become a reality. So the solution for today is to keep trying and keep looking around for ladies to support with your efforts, attention, and money.