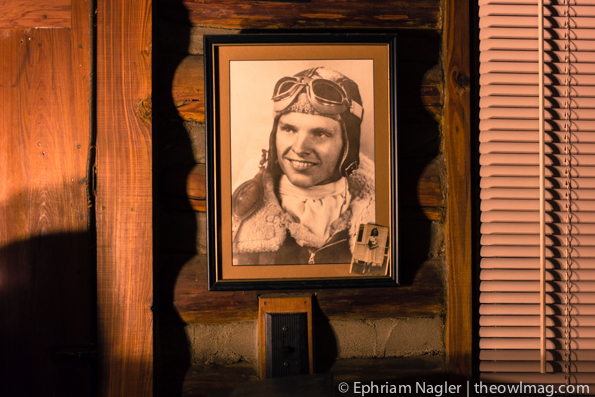 Wait, where am I again? I just woke up in a sad, worn hide-a-bed with springs shaped like the Sierra Mountains. I’d like to think I dreamed of camping in Yosemite, but within this small wooden room, it’s musty and cluttered and gross and I only dreamed of getting out of here. Pretty sure I’m in someone’s forgotten storage shack, Grandpa’s-Trunk a.k.a. Airbnb, Inc. Two couches, two bunk beds, a wall of framed Vanity Fair magazines from the 20’s, a pile of family history and old VHS tapes, and one fighter pilot shrine at the center of it all. This place is so oozing with nostalgia it’s hard not to be infected by it. 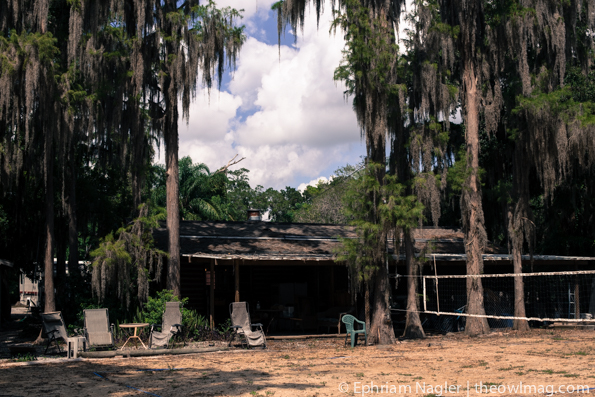 Holy shit! I’m still in Florida, and I was here only two weeks ago with The Velvet Teen! Now that I’m outside, I really like this Airbnb. I love the neglected volleyball backyard court and the rotten dock piled with gym equipment. We should throw a party here someday sooooooon. 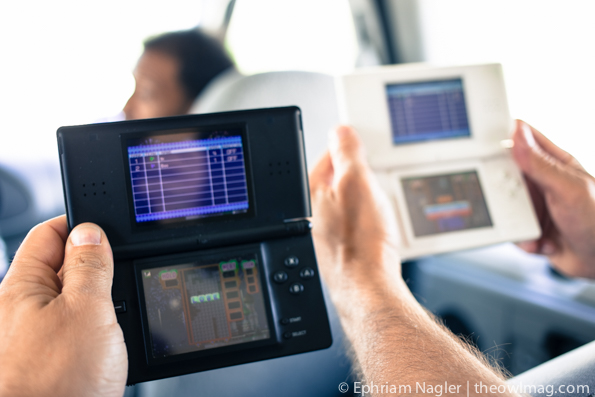 Tim Kasher didn’t break out his Nintendo’s until the end of tour, but whatever, we still got a few games in. By the way, do not challenge TK at Tetris, I got my ass royally handed to me. 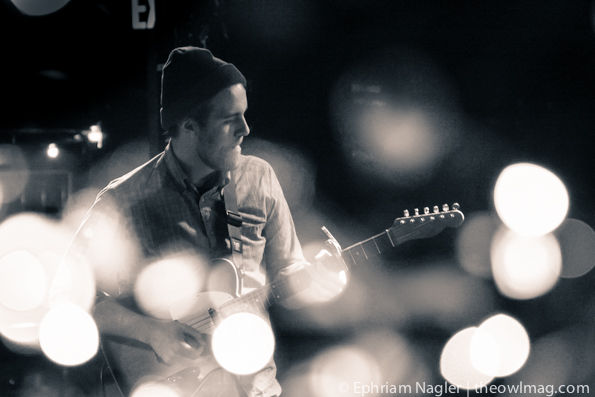 Ok, so tour is over at the moment which means it’s time to get back into the studio. The first thing on my list was to wrap up these recordings I did for my good friends Detlef from Seattle. Meet Drew Fitchette, previously of Rooftops and Mt St Helens Vietnam Band and currently in Valley Maker (Brick Lane REPRESENT!) He’s one of my favorite people and roasts my f’king favorite coffee over atElm Coffee. Here’s a couple double exposures I took at the last show I went to. 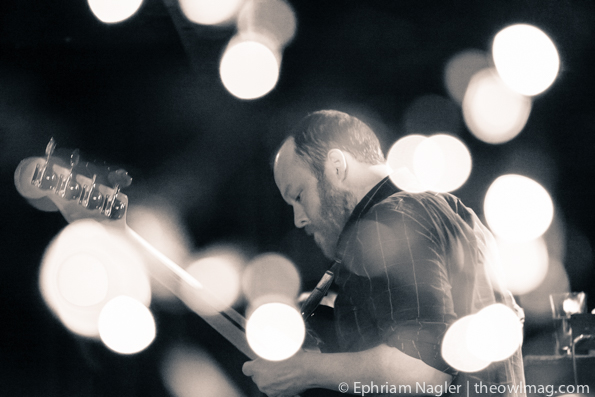 Jared Price was also in Mt St Helens Vietnam Band. Love my musical Seattle family 🙂 I met everyone in MSHVB back in 2009 on tour with Cursive. I was Cursive’s stage manager and monitor engineer for about two years and made so many great friends during those tours. 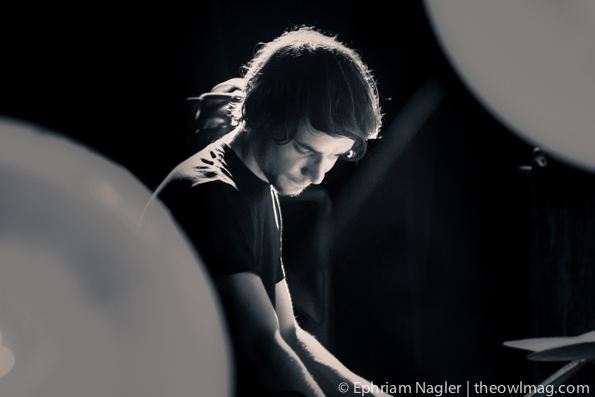 Wendelin Wohlgemuth is also in Valley Maker (Brick Lane REPRESENT!) and is a phenomenal drummer. So much fun recording him on Detlef’s record. Oh, and by phenomenal I mean he makes incredible visual artwork as well. And by visual artwork I mean go f’king buy it right now. 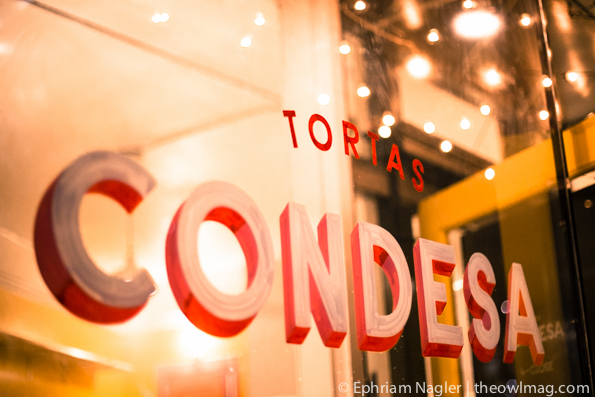 Sooooooo, I’m a Californian at heart. I was born and raised in Santa Rosa and got my first real job in San Francisco running sound at Bottom of the Hill. Needless to say, tacos, mission burritos, I mean, Mexican cuisine has been a consistent obsession of mine (addiction?) I realize, this is a redundant conversation to have with all of you Californian readers out there, but having lived now in the Pacific Northwest for the last five years, I am going through mega withdrawals. So just three weeks after I got off tour, my girlfriend opens Tortas Condesa on the hill in Seattle. PLEASE go look at theMENU: chorizo, pulled pork, mole… I mean, I can’t even… If you’re in Seattle, you f’king need a torta. 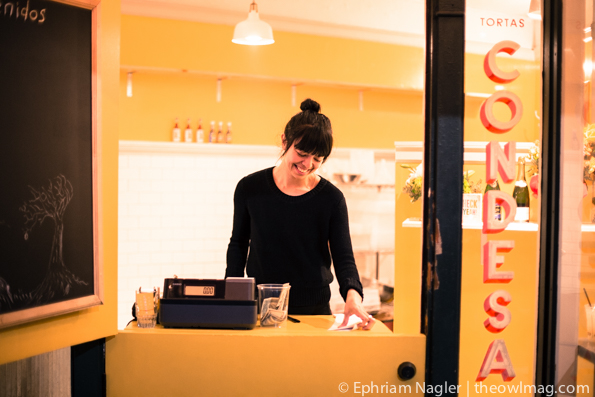 ️ She also owns Neon Taco, which is a total godsend to the Californian-gone-north-westerner. Tripe tacos! Lengua tacos! Oh my god, I just had the Posole brunch for the first time this last weekend… Please come visit. Best chilaquiles I’ve had since my last trip to Mexico City, f’king christ. 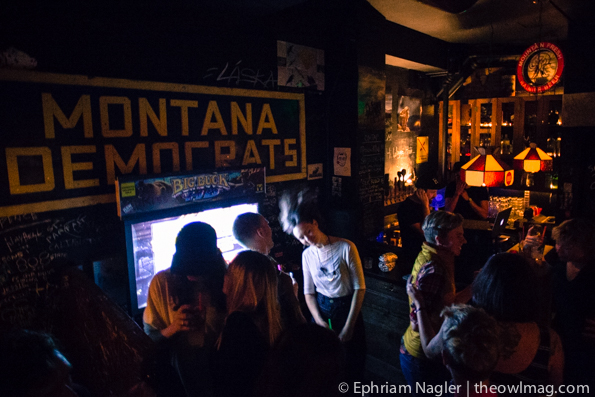 Opening party for Tortas Condesa next door at Montana! It’s like being in snowy Whitefish with  a spicy hot pulled pork torta in your hands to keep you warm. Bring on the winter, we got this. 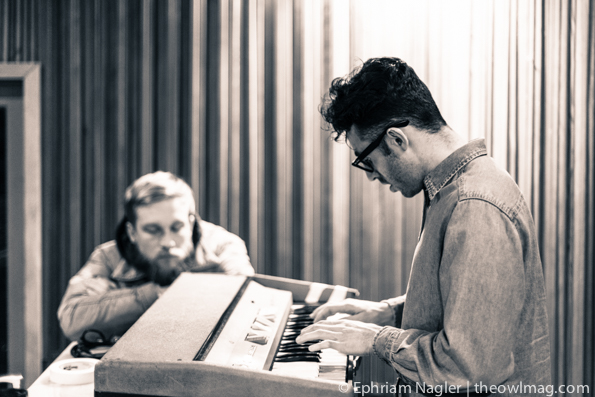 So last February, I spent a week at Robert Lang Studios tracking drums, guitars, and Farfisa organs, etc for my label mates Iska Dhaaf (Brick Lane REPRESENT!) They’ve been busy recording the rest in New York and came back this week so we could mix their new record! So excited for this… 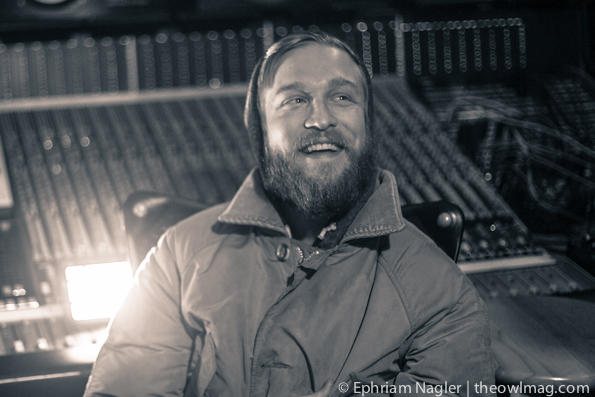 Benjamin Verdoes of Iska Dhaaf, formerly the head frontman of Mt St Helens Vietnam Band. Ben is my main source of critical feedback and advice for my solo record. Love this dude so much. And he just finished his second solo record! It’s so good! Oh my god go get it! 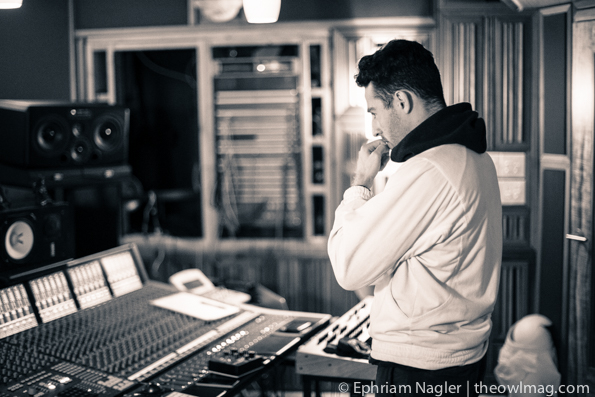 Nate Quiroga of Iska Dhaaf, formerly of Mad Rad. Nate’s a huge source of inspiration for me. From the lyrical playground to the physical upkeep of being a such high energy performer, I end up pulling a lot of my own methods from watching Nate dedicate most or all of his time towards his art. 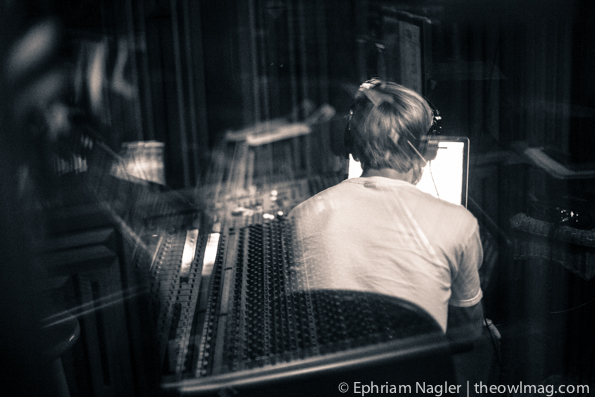 Did I mention 808’s yet? Well this album is thick as f’k and I can’t wait for everyone to hear it. 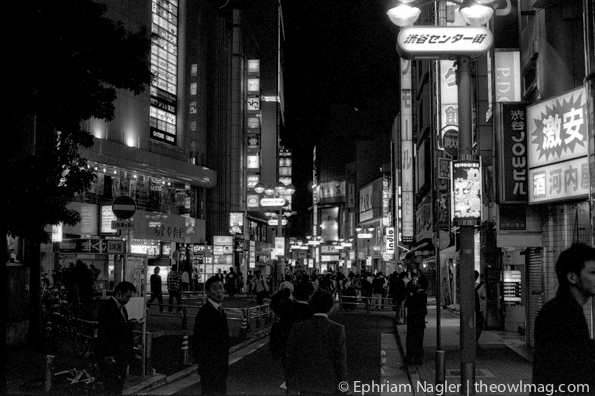 Uhh yea… So I leave for Japan next week to meet back up with The Velvet Teen!!! I have been waiting all of nine years to return! Last time I was there, The Velvet Teen and Cursive did a pair of double-headliner shows in Tokyo and Osaka. Here’s a couple photos from that 2006 trip. 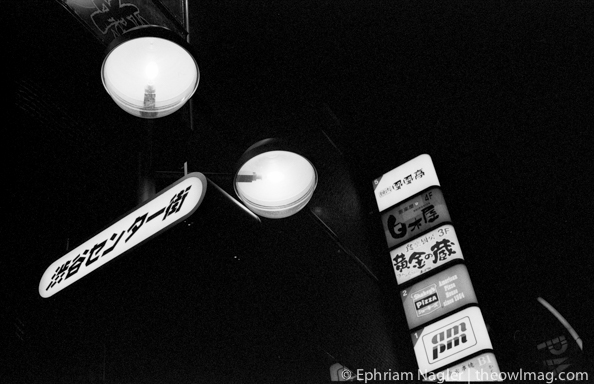 Japan is so overstimulating. It’s so unfamiliarly familiar. I can’t wait to take it all in this time and hopefully find some better words to describe it. 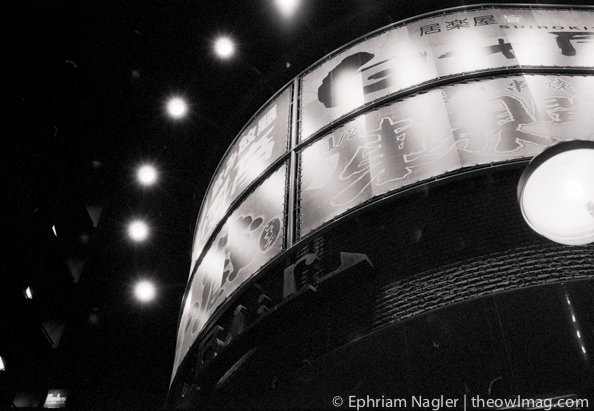 The experience of visiting Japan hit me super hard. I remember in detail both of the Tokyo and Osaka shows and what problems I had while mixing and what amazing moments came together. 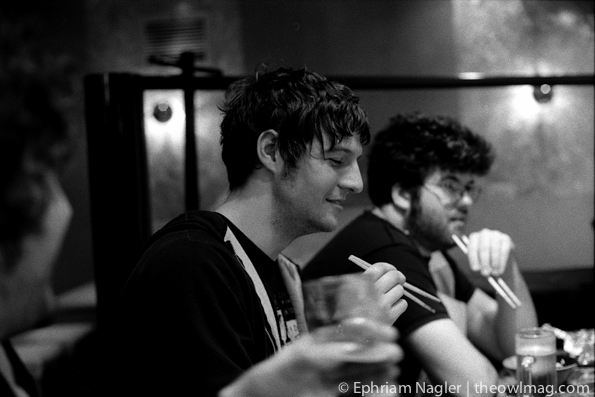 And god damn I remember the food. I can’t even… 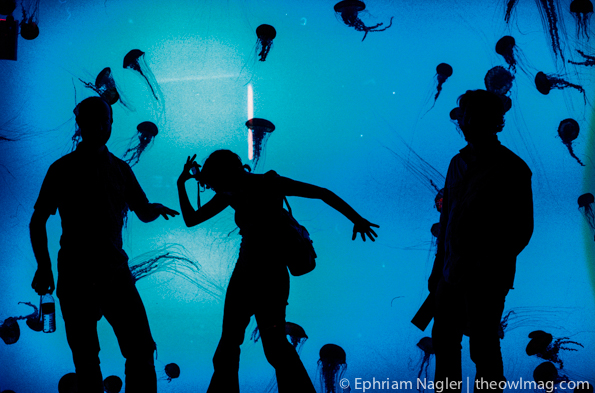 So that was 2006 via next week… In 2007 I toured three months straight with The Good Life, whom I’m meeting back up with immediately after Japan! And hey! It’s a west coast tour so look at these dates and come out and find me! 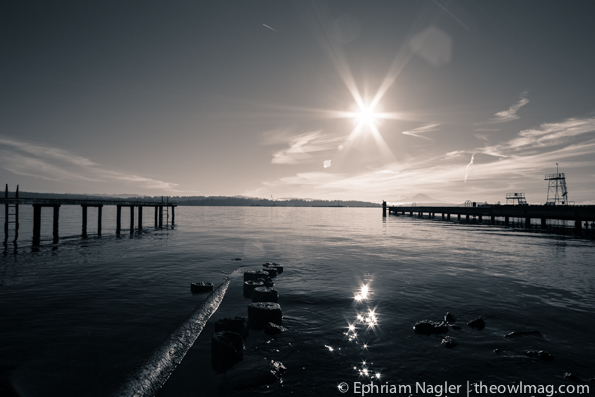