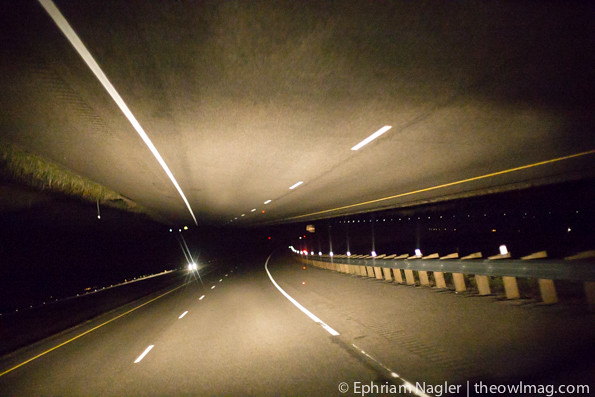 01. Wild drive last night. Complete with sheets of rain running sideways and electric veins burning in the sky, which silently jumped from cloud to cloud masking everything in a split second whiteout. Poor Jacy white-knuckled it until 3AM while I lost my mind hunting suspended strings of light like a cat after the ever unattainable keychain laser. 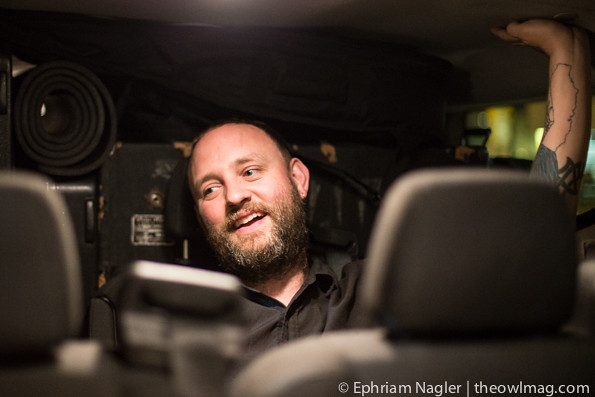 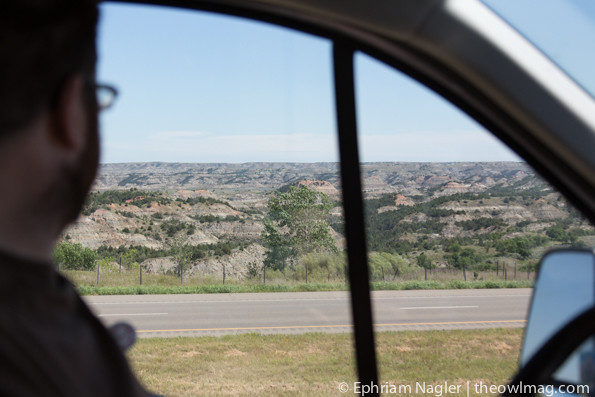 03. Casey Deitz drove us by the painted canyons in North Dakota. If you’re into structural geology, this is definitely for you. Not as exciting as say, Pompeii, for your inner zombie geologist. But you can still feel yourself stretch out across Carl Sagan’s timeline of the universe, looking at the millions of years of iron and aluminum deposits it took to “paint” these hills real pretty. This, in all of the 2 minutes it took to drive right by them. Yay VAN-LIFE!! 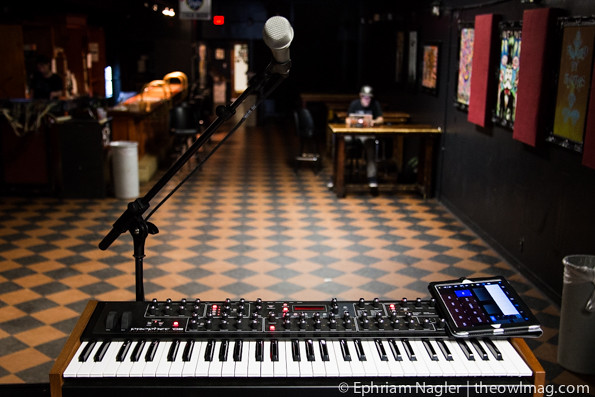 04. Fargo was a splendid show. Honestly I haven’t had a bad show in the Dakotas yet. In 2008 I played Minot, ND (NORTH of Fargo mind you) with my buddy Matt Jones. We unknowingly played a battle of the bands (and won) right after hearing “A Whole New World” on the radio at a bar across the street while a drunk ex-cop was trying to score free booze!! The next morning a kid slinging French fries at McDonalds gave us the thumbs up and said “killer show.”

FYI: I play a San Franciscan made DSI Prophet08 for any gear heads out there… 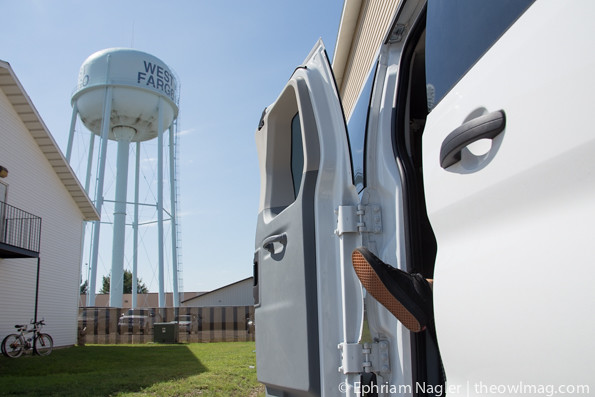 05. On tour, life and everything finds a natural equilibrium. Have an unsuspectingly lovely show in Fargo? Then here, stay at the most disgusting ‘hotel’ North Dakota has to offer. I made the mistake of taking off my socks to walk around in our hotel room and instantly had sticky feet. Gross. 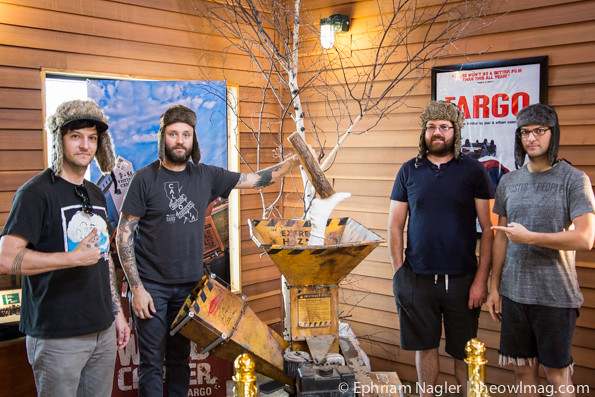 06. To lift our spirits, we stopped by Fargo’s VISTOR CENTER, where they have THE wood chipper from the movie ‘Fargo.’ A city so proud of its fictional murderous past, they give you the opportunity to relive it yourself. Jacy didn’t want to be in the photograph, but we forced him anyways… 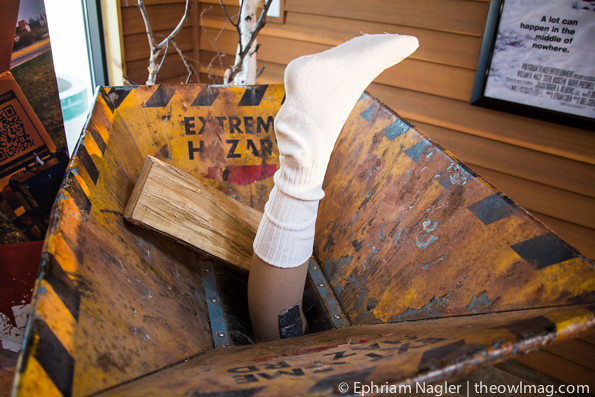 07.
I hope when I die,
I am not wearing white socks.
Steve Buscemi lives. 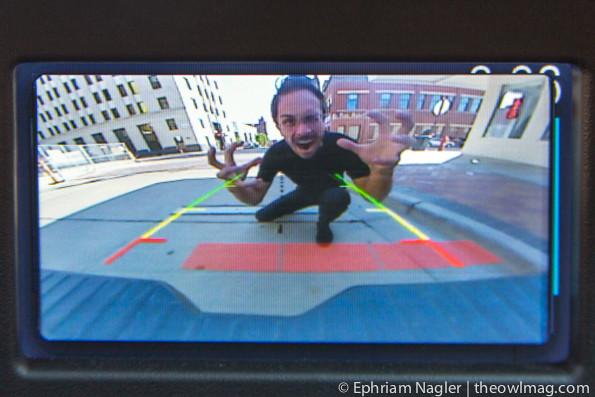 08. Just kidding, we didn’t send Jacy off in the style of the Coen brothers. But I would have run him over in Eau Claire, WI, if it weren’t for our van’s sweet singsong backup cam. 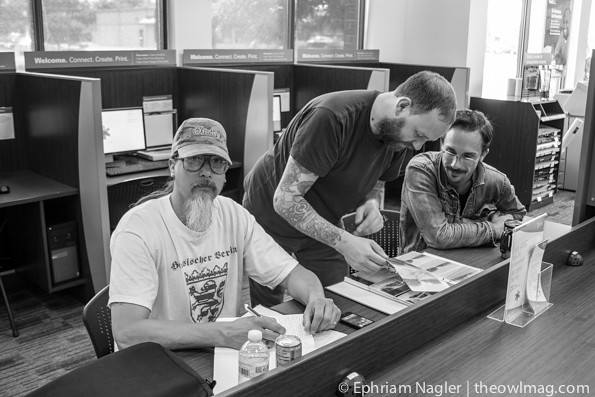 09. Speaking death and horror films, we got to meet up with Mark Borchardt, director of Coven and whom which the documentary American Movie follows. Such an amazing dude! 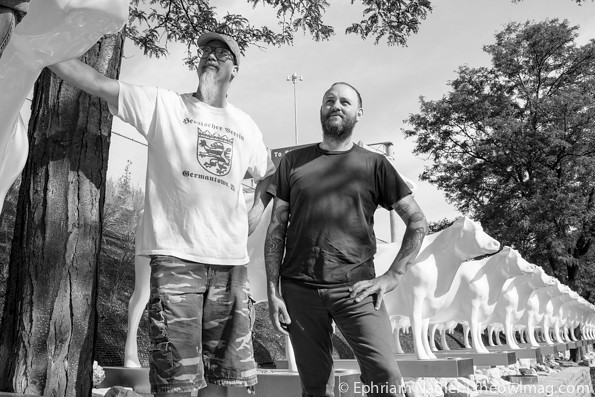 10. Josh Staples is the host of a great podcast titled “Forever Midnight.” You cannot call yourself a horror movie enthusiast unless you listen to this podcast regularly. What an awesome gig, which allows Josh to befriend some crazy talented directors out there. 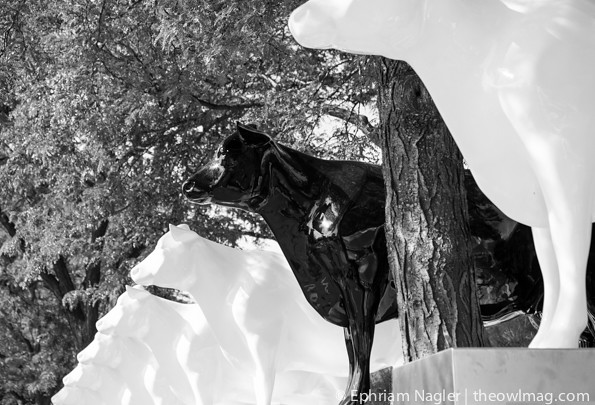 11. I don’t know what to say about these translucent cows. The artist Tonnesen wrote under one of them, “KOPP’S COWS COME FROM GERMANY, WHERE THE CHILDREN ARE OBEDIENT AND STAY OFF THE COWS.” 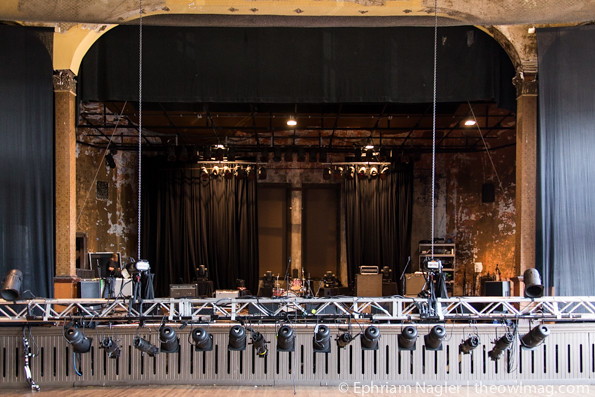 12. At Turner Hall in Milwaukee, WI, we met up with This Will Destroy You. Nicest dudes, killer band, loud as hell. 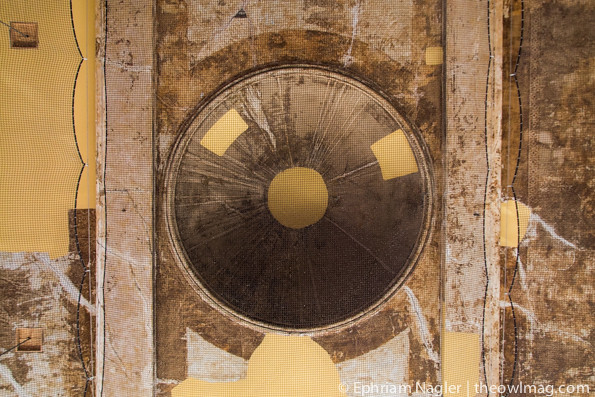 13. Turner Hall was built in 1882. Old as dirt, as you can tell by watching the roof crack and crumble into these nets attached to the ceiling. This Will Destroy You’s show was made that much more epic by witnessing the building crash down around you. 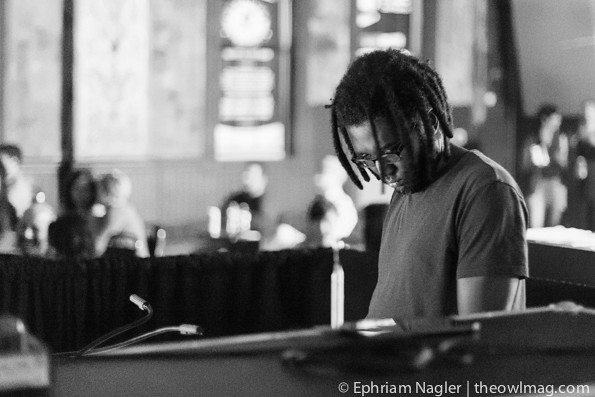 14. Che Arthur is an old buddy and was most definitely responsible for a good amount of the destruction. He’s one of the best tour managers and audio engineers out there. I met him in 2006 while he was running sound for Minus the Bear on a six week US tour including P.O.S., The Velvet Teen, and Russian Circles. This was one of the most formative tours of my life, during which I turned 21. Good times. 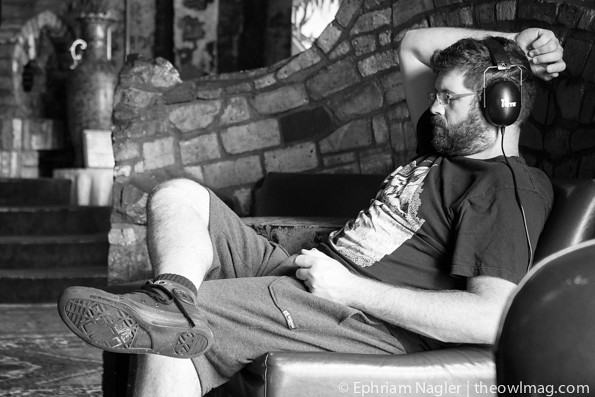 15. Casey Deitz records and reviews our live performances often, which I’m super appreciative of. I’m a huge advocate of demoing and taking a step back to get some perspective on what you’re doing / what you sound like. The work is never done. 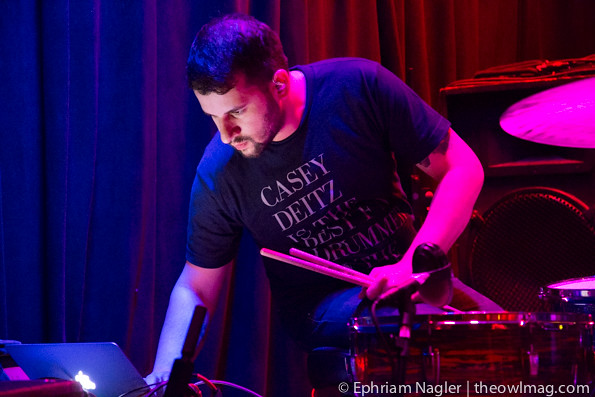 16. Speaking of Deitz, here’s Alex of This Will Destroy You sporting our ‘Casey Deitz is the best F’N drummer in the world’ shirt. I love it so much. 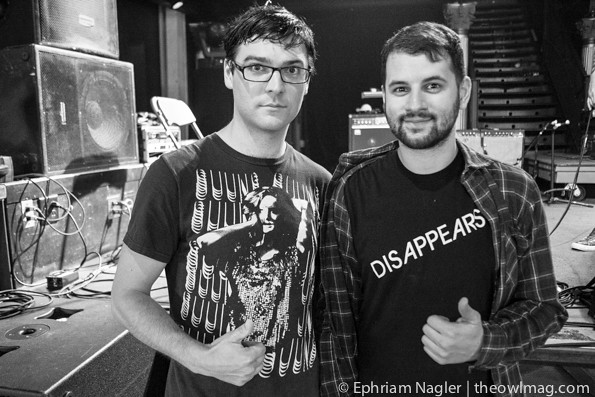 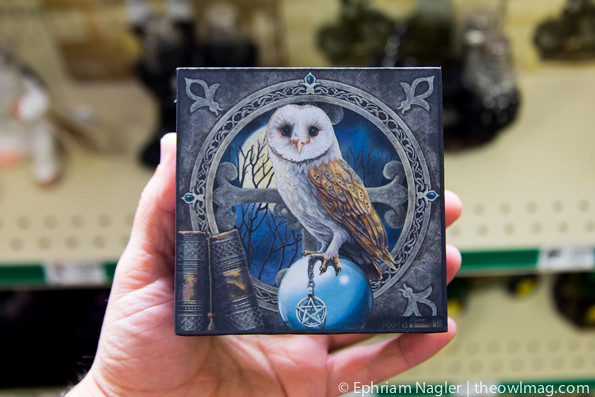 Check out the previous installment here.