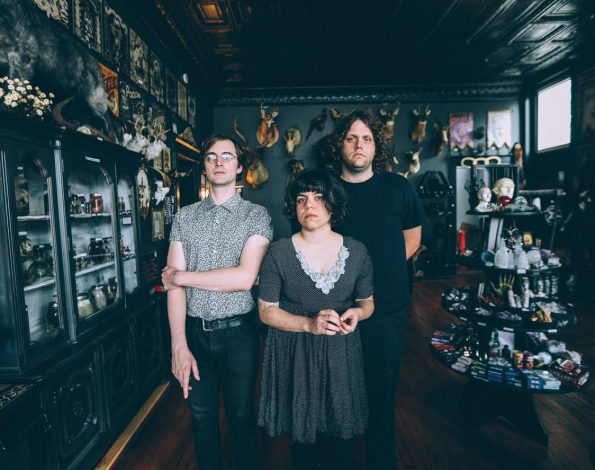 When it comes down to it, all art is a piece of the artist’s soul laid bare. Good art can make you feel what the artist was feeling. Great art can help you find new things in yourself. 20th Century painter Agnes Martin was a great artist. We were speaking with hard rock titans Screaming Females recently, when the topic of Martin came up. The band was on the road and had just announced their upcoming album, All at Once, which features a new song called, yes, “Agnes Martin.” In the middle of her career, Martin effectively disappeared from the art world for nearly six years. “She was contemporary with a bunch of macho minimalists and abstract expressionists, but she blew all those dudes away by just removing herself from society. She was never a minimalist or an expressionist, she was just in this amazing little niche she created.” Marissa Paternoster, the Screaming Females’ guitarist, vocalist, and chief songwriter, was talking about Martin, but could very well have been discussing herself.

Like Martin, Screaming Females can easily straddle the lines between genres without being trapped by any particular one. Their previous album, 2015’s critically-acclaimed Rose Mountain, was tightly focused and cohesive, yet its songs ranged from the breakneck desert rock of “Ripe,” to the proggy “Triumph,” to the tenderly heartbroken “Hopeless.” Thankfully, Martin’s disappearing act is one habit the band hasn’t emulated; All at Once will be their seventh LP in a dozen years.

One could imagine that the run-up to a new album is a heady time for a band, and, while it can be, for Screaming Females, it can also be pretty busy. The band’s rep for being the queen and kings of DIY didn’t just spring from nowhere, they actually do a lot of their own legwork. “It can be as exciting as holding the first physical copy of the record, or as banal as sending a bunch of emails, but to be honest, it’s a lot of figuring our shit out so that hopefully it all goes swimmingly,” notes Paternoster.

The band has always been very hands-on. At shows, they’ll work their own merch table. Paternoster, a noted illustrator in her own right, has done all of their album artwork. 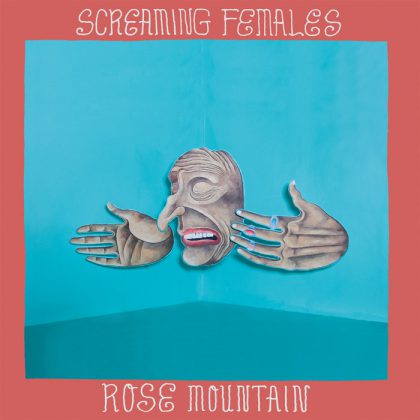 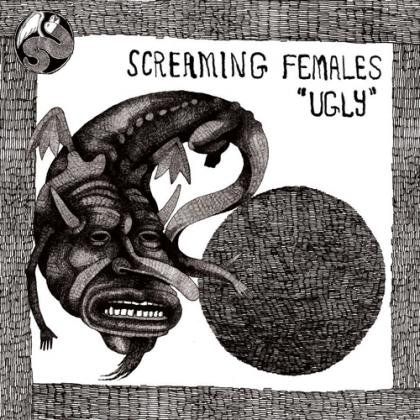 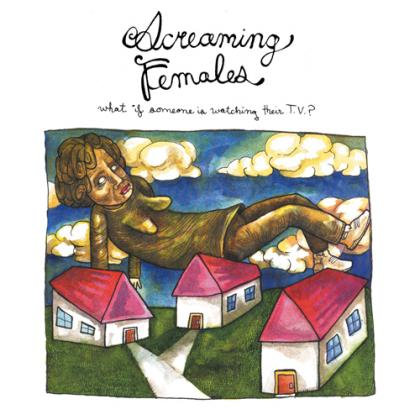 What they have outsourced, they’ve kept close to the vest. All at Once’s first single, the thumping “Black Moon,” was initially released via a 7” single only available at Spina Records in New Brunswick, New Jersey. The city is the band’s home base and also home to Rutgers University, yet despite being a college town, it had gone years without having a record store. “For a long time there was not even a cafe. It was a total anomaly,” notes the Females’ drummer, Jarrett Dougherty. The record store had been opened a few years previous by their friend Andrew Spina, and they took their new single as an opportunity to “help promote a business that was really important to a small scene.” It worked. For Screaming Females fans, Spina Records became the coolest record spot in the country.

The fact that “Black Moon” was released on a physical medium was also aimed at bringing fans together. “We wanted to get people out into the real world, instead of being on their computers,” adds Dougherty. The isolation that can come with being bombarded by today’s 24-hour news cycle is a theme carried on in the album’s second single, the furious “Glass House.” The video, a claustrophobic nightmare where the band is at the mercy of a mysterious stranger, was directed by Kate Sweeney, a producer on another maverick artistic enterprise, the Chris Gethard Show.

Sweeney’s connection to Screaming Females also reaches back to New Brunswick. The band, who’d previously worked with Sweeney on the video for 2013’s “Poison Arrow,” met Sweeney when they were coming up in New Brunswick’s hardcore house show scene. The video’s mysterious stranger is played by Shellhead, from their Don Giovanni Records labelmates Shellshag.

In keeping their collaborative family so close-knit, Screaming Females have managed to foster a sense of rock n roll community. That’s a feeling that extends to their live shows as well. “Over the years, we’ve cultivated the idea that every show is going to be different, and that it’s gonna be different than listening to one of our albums,” says Dougherty.  Live, the band’s already powerful tunes will gain extended, jammy intros, outros, or guitar solos. In that sense, each Screaming Females show ends up becoming a unique experience, one moment in time shared by a fortunate group of fans in any given town on any given night.

In those live shows, the band has also been able to develop something else that’s pretty awesome, a rock show where fans of all shapes and sizes can feel safe. Make no mistake, the band plays blistering, hard charging rock n roll, with no shortage of Paternoster-lead guitar heroics. It’s the kind of space where, frankly, giant dudes are usually throwing themselves left and right, and while there is moshing at a Females gig, the band has at past shows asked that those thrashing around be mindful of the rest of the crowd. It helps bring a welcoming air to what could typically be a pretty bro-y affair. At their shows, fans of all shapes and sizes can watch Paternoster absolutely shred on guitar, without fear of being demolished.

Screaming Females have always had a knack for doing things their own way, on their own terms. Fitting then that when we spoke to Screaming Females, we didn’t get a chance to talk to bassist “King Mike” Abbate. He was driving the tour van. 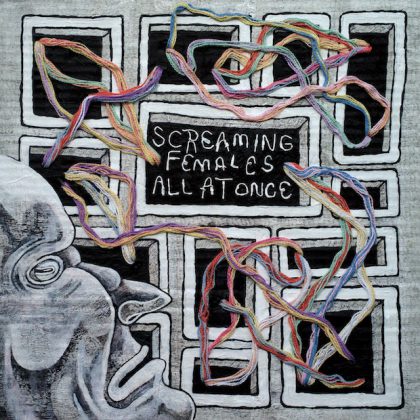 All at Once will be released on February 23, 2018 on Don Giovanni Records and is available for pre-order here. For more information, visit ScreamingFemales.com